If Bitcoin Creator Satoshi Nakamoto Is Alive, He's Sitting On One Of The Largest Personal Fortunes On The Planet

By Amy Lamare on February 15, 2021 in Articles › Entertainment

In case you hadn't heard, Bitcoin is back in the news in a major way. Bitcoin first peaked in the mainstream back in late 2017 when the price rocketed up to $19,000 in a matter of weeks. The price ebbed and flowed over the next few years, dropping as low as $3,400 in November 2018. In recent months, bitcoin is raging again. It's been on an absolute tear with its value skyrocketing and minting new millionaires and billionaires left, right, and center. As I type this article, the price of a single bitcoin is $48,309. At that level, the mysterious creator of the cryptocurrency is sitting on an absolutely insane fortune. A fortune that is just sitting in an electronic wallet, totally untouched and untapped…

It's generally accepted that a "person" named Satoshi Nakamoto is the creator of bitcoin. Though, it should be noted that he's never been identified officially, spoken publicly or been seen in person. There have been many, many, many attempts at finding him. We're not sure Satoshi Nakamoto exists, or, at least exists as a living, breathing person walking the earth. He might be dead. He might be a she. It may be a pseudonym.

If you put all the mystery aside, we do know two things for certain about Satoshi Nakamoto: 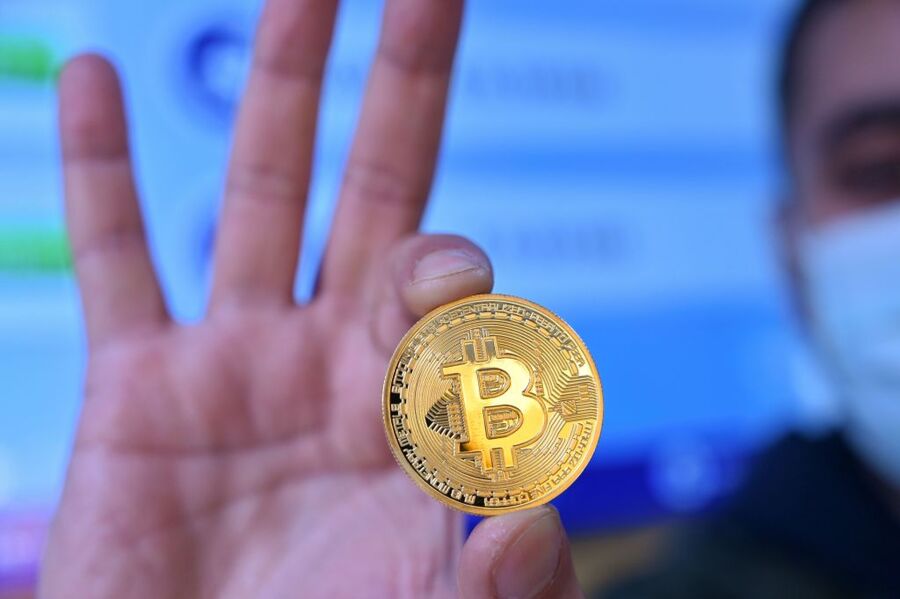 The domain name Bitcoin.org was registered in August of 2008. Two months later, someone going by the name of Satoshi Nakamoto published a paper titled "Bitcoin: A Peer-to-Peer Electronic Cash System" and submitted it to a cryptography mailing list. This paper is the first time Satoshi Nakamoto's name appeared on the internet related to cryptocurrency.

Nakamoto implemented the bitcoin software on January 3, 2009. On that date, he mined what is now called the "genesis block of bitcoin".

One of the most-innovative features of bitcoin is that its total circulation is strictly capped at 21 million "coins". That gives the currency an inherent scarcity which has become very attractive to investors today. As governments of the world print trillions and trillions of dollars of paper money that is not actually backed by any real value, having something that can't ever be diluted is powerful. Not that bitcoin has much real value on its own today. It is essentially a very speculative series of ones and zeroes that 99% of its holders don't actually use to make transactions. That will change.

In its first few months of being online, the price of a single bitcoin was basically zero. Like, literally $0.0008 per BTC. You could have bought all the BTC in existence for $16,800.

Here's what happened between 2015 and today:

Those first 50 BTC earned as a reward for mining the "genesis block" were not the only bitcoin Satoshi kept for himself. Quite the contrary, actually!

As the creator and predominant first Bitcoin miner, Satoshi set aside 1 million coins for himself at inception. That's 4.8% of all Bitcoins in circulation. You can see those 1 million coins sitting in his public wallet. They have not been accessed or spent since January 2009. And that's a very strange situation.

As we mentioned previously, bitcoin is trading at around $48,000 per coin. That means Satoshi Nakamoto's wallet is worth =

At $48 billion, by our count of the richest people in the world, Satoshi is currently the 27th richest human being walking the earth.

Now, isn't it at least a little suspicious and strange that someone would launch bitcoin in January 2009, give themselves 1 million coins, and then never access those coins again (or at least not over the last 11 years)? Especially as the value of bitcoin grew from 6 cents to 25 cents to $10 to $100… and onward. How could he have not sold SOME along the way?

One simple theory that explains why Satoshi Nakamoto's bitcoins haven't been touched in 11 years is that he is dead. More specifically, he likely died not long after creating bitcoin. I mean, how else to explain nearly $50 billion worth of bitcoins sitting there collecting digital dust for more than a decade?

And here's the thing, if Nakamoto is dead, that $50-ish billion is probably lost forever. Bitcoin is inaccessible to anyone who doesn't have the password to the account. Since not a single coin has been sold in 11 years, it stands to reason that Satoshi Nakamoto never told anyone his true identity, so no one would know the password to Nakamoto's private bitcoin wallet. Once the password to the wallet is gone, so are the bitcoins.

Whatever the case, or wherever Satoshi Nakamoto is, we do know this: two years after launching bitcoin, Nakamoto disappeared from the internet. On April 23, 2011, Nakamoto sent bitcoin developer Mike Hearn an email saying: "I've moved on to other things." He wrote that he felt the future of Bitcoin was in good hands. Nakamoto left behind a vast collection of writings, the most influential cryptocurrency ever created, and a mystery for the ages.