By Joseph Gibson on November 15, 2018 in Articles › Entertainment

It turns out that the Prince of Darkness has the same intellectual property concerns that any other big shot has. CNBC reports that the Satanic Temple is suing both Netflix and Warner Bros. over the appearance of a statue of Baphomet in the new Netflix original series The Chilling Adventures of Sabrina.

Court documents describe Baphomet as "an androgynous goat-headed deity," and the Satanic Temple claims that the statue seen on the show is too close for comfort to their own Baphomet monument, which you may remember from its viral 2014 crowdfunding campaign. Satanic Temple co-founder Lucien Greaves is incensed that the show would co-opt the image of Baphomet for their own purposes, saying the Detroit statue has become "a central icon that has come to represent us [satanists] as a people," He goes on:

"To have that all at once entirely eclipsed by some Netflix show by a production department who did a Google Image Search… A lot of people who haven't heard of us first stand to just recognize that monument as the 'Sabrina' monument, which dilutes and denigrates the entire project." 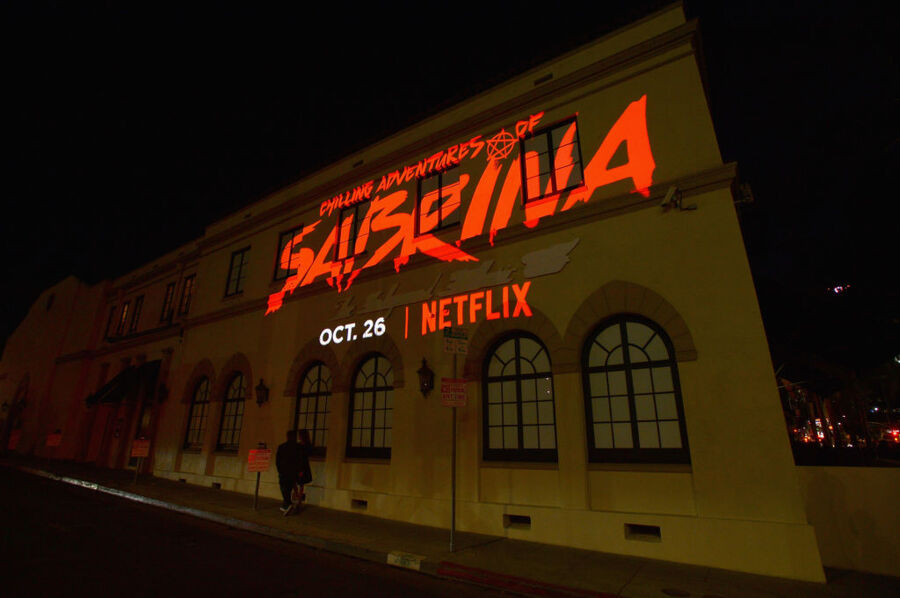 The Satanic Temple is suing for $150 million in damages, alleging that the statue's prominent appearances on the show draws unfair and inaccurate associations between Satan-worshippers and evil practices like cannibalism, torture, and murder. Here's Greaves again:

"It does really kind of normalize this notion that the only true meaning of this type of religious identification is one that can be associated with a patriarchal, cannibalistic cult … We're so inundated with this anti-Satan fiction that a lot of people think its superfluous to pursue to a claim like this at all."

The Satanic Temple says it contacted Netflix and WB before filing suit to try to get the statue removed, but received no reply.