How Sara Blakely Turned $5000 Into A Billion Dollar Spanx Fortune

By Amy Lamare on September 20, 2013 in Articles › Entertainment

They say that necessity is the mother of invention and that certainly proved to be true for Sara Blakely. While working as a door-to-door fax machine salesperson, the 25 year old Blakely came up with an idea for a revolutionary women's garment product. She then used her entire $5000 life savings to launch a line of body-shaping undergarments called "Spanx". Over the next 10 years, Spanx became a wildly popular item that has been imitated but never matched by dozens of major competitors. Today Spanx is a multi-billion dollar business and Sara Blakely is the youngest self-made female billionaire of all time. And she did it all from scratch with a dream, $5000 and a ton of hard work. This is her incredible true story… 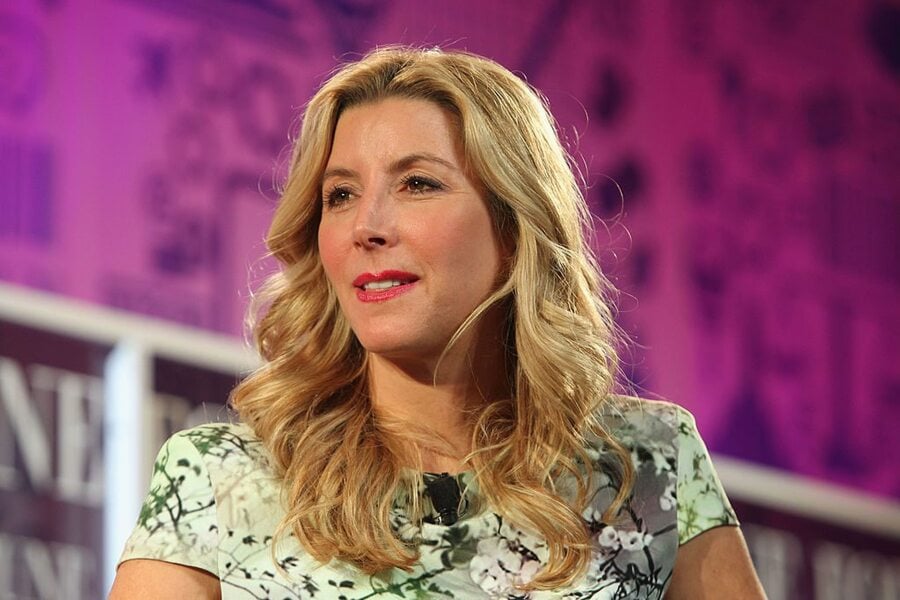 Sara Blakely was born on February 21, 1971 in Clearwater, Florida. She attended Florida State University where she was in the Delta Delta Delta sorority and got a degree in Communications. She had planned, originally, to become an attorney, but after scoring a poor result on the LSAT, her plan shifted. After her law school dreams evaporated, Sara took a job at Walt Disney World and did stand-up comedy at night. After three months of this, Blakely was hired by an office supply company to sell fax machines door to door.

It was during her tenure in fax machine sales, fighting brutally hot Florida weather, that the idea for Spanx began to germinate. As a 25 year old National Sales Trainer, Sara was forced to wear pantyhose in the hot and humid Florida climate. This misery got Blakely's creative juices flowing. Like many women, Blakely did not like wearing pantyhose with open toed shoes, where the seam of the hose was visible and toes encased in nylon. She did, however, like the fact that the pantyhose's control top smoothed and slimmed her silhouette. She tried cutting the feet off of her pantyhose, but found this just made the fabric roll up her leg.

Blakely moved to Atlanta when she was 29 and immediately invested her entire savings into researching a solution to her pantyhose problem. She dove into the world of hosiery patents looking for the right material for her brand new product. Sara used her entire $5,000 life-savings to launch a slimming undergarment alternative to pantyhose that would eventually be known as "Spanx". 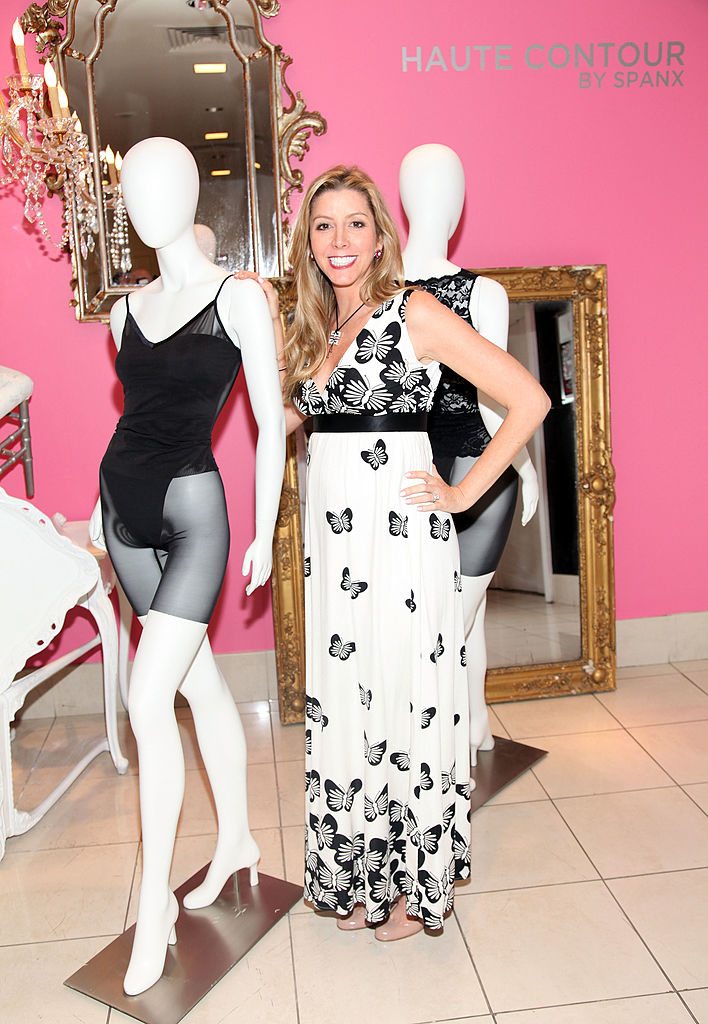 Blakely found the fabric she wanted to use for her product and wrote her own patent using a textbook. She chose the name Spanx, incorporated and was on her way… almost. First she had to find a company to manufacture her product and that alone proved to be very difficult. Many mills and factories didn't see the value of her idea. (I'd lay odds those people who didn't "get it" were men who never had to wear pantyhose in ridiculous heat or with open toed shoes.)

Sara eventually found a hosiery factory in North Carolina that would make her product. When she asked the mill owner why he was taking a chance on her, he respnded "I have two daughters." It took a year to perfect the prototype. Blakely knew in order to make something that women would wear every day, the final product needed to very comfortable.

With a finished version finally complete, it was time to put on her sales person persona and get Spanx into stores. Sara immediately called up her local Neiman Marcus, made an appointment with the buyer and took the buyer into the ladies room to show her how Spanx worked. Sara showed the buyer how her pants looked with Spanx on and without. The buyer placed a test order of 7,000 pieces on the spot. Then Blakely called up her friends and family, urging them to go into their local Neiman Marcus stores and make a big deal about the product. Soon Bloomingdale's, Saks, and Bergdorf Goodman were stocking Blakely's underpinnings.

Let's be clear—Blakely has been hands on through all stages of Spanx's growth—including in product positioning and marketing. Crucially, she insisted that Spanx be sold in the shoe department, as opposed to the hosiery, department. This set her product apart from the standard.

In November 2000, Oprah Winfrey named Spanx her favorite product of the year and sales took off. But, this miracle was no fluke. Just as she had been doing all along, Sara took the initiative with Oprah by sending the Queen of media a giant Spanx gift basket with a note describing her life story and how the product came to be. Six weeks after sending the gift basket, Oprah announced to her millions of viewers that Spanx was one of her favorite things.

Believe it or not, but throughout this entire time Blakely was still holding down her full-time job with the office supply company. After the boost in sales from Oprah, she finally quit to focus on Spanx full time. In its first year after the Oprah blessing, Spanx sold $4 million worth of product. In its second year, it sold $10 million. In 2001, when she debuted on the home shopping channel QVC, she sold 8,000 pairs of Spanx in the first six minutes of the broadcast.

It may surprise you to learn that Blakely and Spanx have never spent a dime on advertising. This is a product that grew entirely based on organic word of mouth and clever public relations. Blakely's sense of her product and the company that she wanted to build has been nearly infallible from the start. There's even a popular men's line now available in department stores!

Almost as soon as Spanx took off, other companies began knocking off the shapewear and selling it at bargain basement prices. Blakely foresaw this, which was one of the reasons she chose to start with high end luxury retailer Neiman Marcus. Women who shop in that price point tend to be more brand loyal and less focused on price.

Blakely made another smart move in 2007, by partnering with Target to launch an elusive lower cost line of shapewaer called Assets by Sara Blakely. A portion of all ASSETS and SPANX purchases go directly to the Sara Blakely Foundation, which focuses on charities that support and empower women around the world. 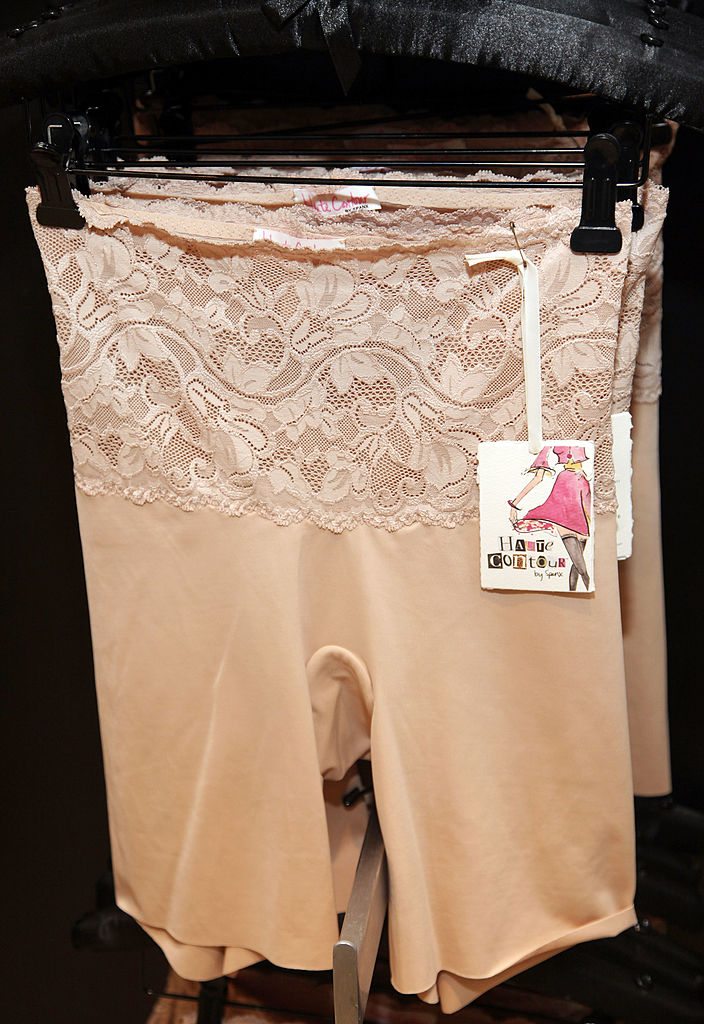 Because Spanx is a private company, precise sales figures are hard to come by, but analysts in 2013 estimated that in the last year the brand brought in at least $350 million worth of revenue. These same analysts believe that Spanx as a company is worth between $1 and $2 billion. Amazingly, Blakely has still never taken on any outside investment and still owns 100% of her company. In May 2013, Sara Blakely became the first female billionaire to join the Giving Pledge. This is the Bill Gates and Warren Buffett led initiative that encourages the world's richest people to give at least half their wealth to charity.

As of September 2013, Sara Blakely is the youngest self-made female billionaire in history. And she did it all with a simple idea that solved a real problem and $5000. What billion dollar ideas are you sitting on right this moment???