By Joseph Gibson on October 19, 2017 in Articles › Entertainment

It's been called "the Holy Grail of Old Master paintings." One of just 20 known completed paintings by Renaissance Man Leonardo da Vinci, the Salvator Mundi is the last such painting to be in the possession of a private owner, and next month that private owner is putting it up for auction at Christie's. According to estimates reported by CBS News, it's expected to be worth around $100 million once the final bid is placed.

The Salvator Mundi dates from around the year 1500, but its earliest recorded ownership was as part of the collection of King Charles I early in the following century. From there, it's slipped in and out of historical radar, at one point being mistaken for a work by a follower of da Vinci's, with "Christ's face and hair … overpainted." In 1958, that mistake led to it being sold for just 45 British pounds, an unbelievably paltry sum compared to what it's expected to fetch when it hits the auction block on November 15th. And Christie's resident specialist Alan Wintermute is not holding back his excitement about the work being up for sale at this point:

"The Salvator Mundi is the Holy Grail of Old Master paintings. It seemed just a tantalizingly unobtainable dream until now. To see a fully finished, late masterpiece by Leonardo, made at the peak of his genius, appear for sale in 2017 is as close as I've come to an art world miracle." 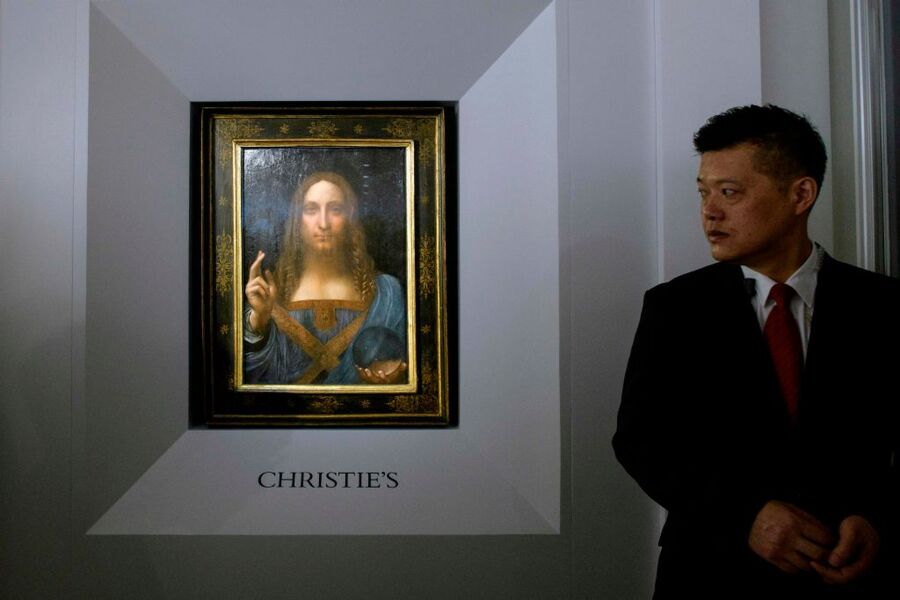 Unlike an actual miracle, the Salvator Mundi being put up for sale is the result of a lot of hard human work. After its sale in 1958, it fell out of sight once more and was thought disappeared, until it turned up in 2005, requiring a six year authentication process to definitively identify it. Now, the unnamed owner of a "private European collection" has decided to let it go, a tough decision probably made somewhat easier by way of that $100 million pre-sale estimate.