You've heard the story by now. Roseanne Barr posted an offensive tweet in which it proclaimed that former Obama aide Valerie Jarrett (who is black) was the result of the Muslim Brotherhood and planet of the apes having a baby. Ouch. Not smart. Why do we even have Twitter? Does anything good happen there?

Not surprisingly, upon learning of the tweet, ABC canceled "Roseanne" pretty much instantaneously. It was not an easy decision. The enormous success of the rebooted Roseanne was the wind beneath ABC's wings that had taken them soaring to new ratings and revenue highs. But they had to do something. ABC is owned by Disney. There was just no other option other than cancellation.

And with that move, roughly 100 people who thought their jobs were guaranteed for years, suddenly found themselves jobless.

To make matters worse for those actors, writers, assistants, camera operators, directors, editors etc… they basically all had to turn down other jobs in recent weeks and commit to Roseanne for the next 12 months. These jobs aren't flexible. TV jobs are like baseball teams that don't trade during a season. You pick your team before the season starts and you go. If you quit or get cut, you need to wait until the next spring training to join a new team. You hope the team you picked stays together for a few seasons and doesn't get dropped from the league after a bad losing streak (bad ratings).

Actually, it's even worse. Roseanne's rebooted new season was the #1 new show on television BY FAR. Some episodes attracted 20 million viewers. A bad episode was watched by 10 million. For perspective, today any TV show that gets 3-5 million viewers per week is a MASSIVE SUCCESS that will get renewed over and over. So it's not like these writers just got cut from a mediocre team that consistently makes the playoffs. It's sort of like they were a part of a Yankees team that has so much talent that they'll easily go on to win 10 World Series in a row… but then the team plane crashes on opening day killing everyone on board.

And how did that plane crash? Captain Roseanne nosedived into a mountain.

For anyone connected to Roseanne's production crew, there's one consolation: No one had more to gain, and therefore more to lose, than Roseanne Barr herself. 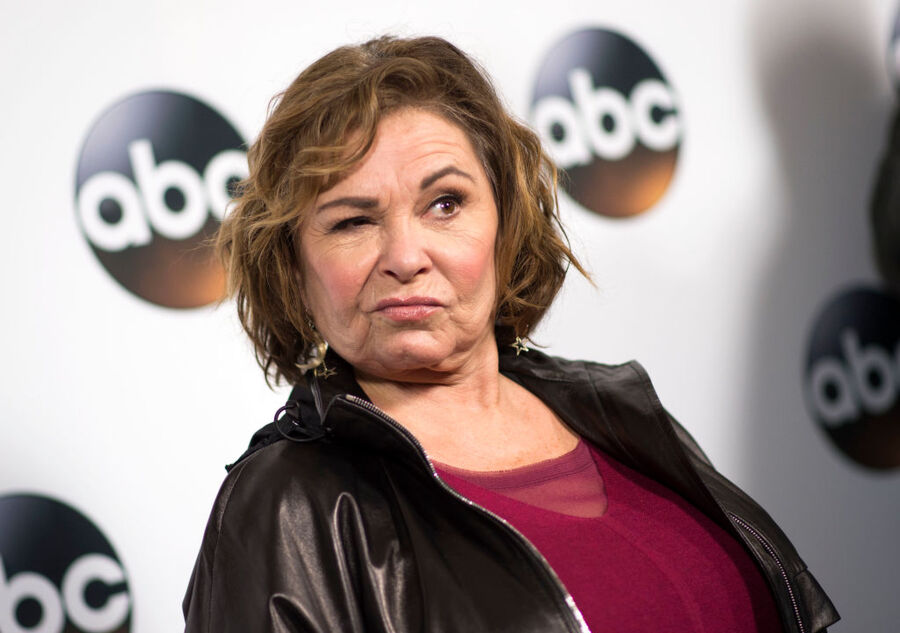 Not only was the Roseanne reboot cancelled, old Roseanne episodes have been pulled from syndication from Hulu, TV Land, and CMT.

By not earning her $250,000 per-episode salary, Roseanne will lose $3.25 million just on this most recent season that was in pre-production. And that amount could have risen dramatically if more seasons were ordered in the future. Keep in mind that many stars of popular sitcoms today earn $750,000 – $1 million per episode.

When you add it all up, an inside source tells me that between missed episodic salary and lost syndication deals, Roseanne Barr's tweet cost her a minimum of $100 million in the short term. Perhaps $150 – 200 million over the decades. The vast majority of that is lost future syndication royalties.

Ok so Roseanne Barr's net worth is still $80 million, which is PLENTY of money to allow her to go back to her macadamia nut farm in Hawaii (she actually lives on one) and basically stick her head in the sand forever. But still pretty painful to lose out on such a large sum of money that should have been extremely easy to make.

Two other people who are probably fuming are Roseanne Executive Producers, Matt Williams and Bruce Helford.

Matt Williams is actually the sole "creator" of Roseanne, though he was fired from the show after the 13th episode. He did however return as showrunner of the rebooted series. Williams easily lost out on as much as Roseanne from the cancellation. Roughly $100 – 200 million. As the show's creator, he likely had an even larger back-end cut of Roseanne's syndication royalty points. Don't feel too bad for Matt, though. After being fired from Roseanne, he co-created Home Improvement and is worth at least $200 million by our estimate.

Bruce Helford stepped into Executive Produce Roseanne from 1992 to 1993. He was then brought back for the reboot. Bruce likely lost out on $100 million from this cancellation. Don't feel too bad for him either. After leaving Roseanne, he created The Drew Carey Show among others. Bruce is worth at least $100 million.