By Paula Wilson on October 20, 2018 in Articles › Entertainment

When it comes to celebrity siblings, the Mara sisters are all the rage at the moment. Rooney Mara and Kate Mara have multiple film and television credits to their names, and show no signs of slowing down. Kate, who is two years older than Rooney, launched her career first. Rooney's first acting gigs were extra roles in her sister's projects. Rooney began pursuing acting in college and now the two of them have become Hollywood darlings. Both women are making a name for themselves on the international film scene, but it turns out, the Mara name and fortune have been around for some time. In fact, the Mara family is NFL royalty. However, that's not all. Rooney Mara, whose full name is Patricia Rooney Mara, and Kate, whose full name is Kate Rooney Mara, are also part of the Rooney family. For those of you who don't know, the Rooney family is an NFL dynasty. Kate received an Emmy nomination, and Rooney received an Oscar nomination, both amazing achievements. However, in their very wealthy family, it would seem that winning at least one Super Bowl is the primary barometer for success. The sisters are worth a combined $26 million on their own, but their family's sports empires are worth north of $3 billion.

The Mara family fortune all began with Tim Mara. He was born into an impoverished Irish family living in New York City's Lower East Side in 1887. He later dropped out of school, at 13, to go to work full time. He eventually found work as a bookie, and became quite successful. In 1925, the President of the NFL, Joseph Carr, found himself unable to find someone to helm a New York NFL team. College football was hugely popular, but audiences seemed relatively uninterested  in professional football. Through a mutual friend, Carr was introduced to Tim Mara. After some discussion, Mara purchased New York's NFL franchise for $500. (Approximately $12,500 in today's money.) Attendance was dismal at first, and Mara lost $40,000 in the first few years. However, he had the brilliant idea to play his team against former college favorite Red Grange, who had signed with the Chicago Bears pro football team. The game was a massive success and earned him $143,000 in receipts. It was only up from there. 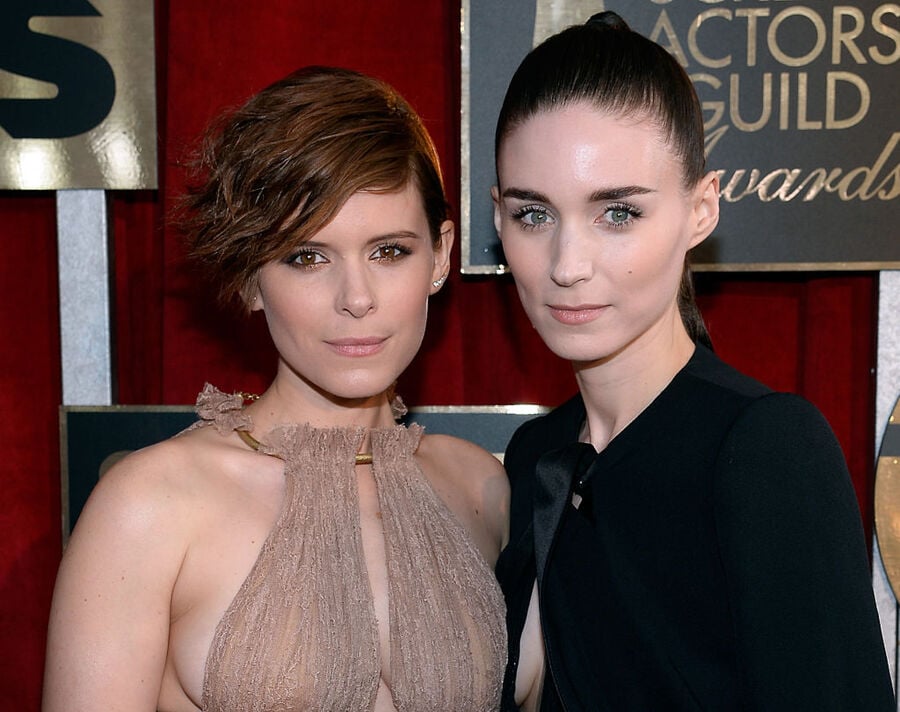 Mara's New York Giants became total powerhouses.  They almost single-handedly ran the American Football League, launched in 1926, out of business. The team raised over $150,000 during the Great Depression through charity games, and Mara managed to outlast, buy out, or merge with just about every other football team that tried to get a foothold in New York. He passed away in 1959, and was posthumously recognized with charter membership in the Pro Football Hall of Fame in 1963. The Giants are still owned by the Mara family. The team passed from Tim Mara, to his sons Wellington and John "Jack" Mara. Jack was the team President for 24 years. He passed away in 1965. Wellington Mara served as co-owner, President, and CEO until his death in 2005. Timothy Mara, the son of Jack Mara, was a co-owner of the team until his death in 1995. John Mara, Wellington's son, is now the President, CEO, and co-owner (with Steve Tisch) of the Giants. Timothy Christopher Mara, Kate and Rooney's father, is now a scout and Vice President of Player Evaluation for the Giants.

The Rooney family fortune began with Arthur Joseph "Art" Rooney, Sr., who was born in 1901 in the Pittsburgh area. He excelled in sports throughout his school years and went on to win the AAU welterweight belt in 1918. He played Minor League Baseball and led the league in games, runs, and steals in 1925. He also played halfback for a couple of semi-pro football teams. In 1933, he paid $2,500 to form an NFL team in Pittsburgh. Originally called the Pittsburgh Pirates, just like the baseball team, the football franchise went through many ups and downs. They were renamed the Pittsburgh Steelers in 1941, and Rooney became President, as well as owner, at the end of World War II.  He saw the team through rough times, and they finally hit their stride in the 70s after the AFL-NFL merger. They went on to win several Super Bowls through the late 70s. He then passed operations to his son Dan Rooney. Art Rooney, Sr. was inducted into the Pro Football Hall of Fame in 1964, and passed away in 1988. He was considered by many to be the heart of Pittsburgh, and more politically and socially influential than the majority of the city's politicians. Dan Rooney is the current chairman of the Pittsburgh Steelers, and served as the US Ambassador to Ireland from 2009 to 2012. His four brothers also serve on the Board of Directors for the Steelers. Art Rooney II, the oldest son of Dan Rooney, is now current President of the Steelers. Kathleen McNulty Rooney, one of Art Rooney II's siblings, married Timothy Christopher Mara. She is the mother of Kate and Rooney.

If you're confused, it's okay. Both families have a tendency to name their children after the previous generation, so trying to keep track can be a head-scratcher. It must be hard for the sisters to know which football team to cheer for each season. Either way, Kate Mara and Rooney Mara are wealthy, wealthy ladies. If the acting thing doesn't work out, they can always go the route of Paris Hilton and the Kardashians, and just not really… do… anything. With their family fortune, they'll probably be just fine.