The Rolling Stones Are Worth A Combined $900 Million. So Why Do They Keep Touring Rather Than Enjoy Their Golden Years?

By Amy Lamare on September 11, 2014 in Articles › Entertainment

The Rolling Stones are rock legends. They are also very well into their AARP years and don't show any signs of slowing down. The iconic rockers embark on world tour after world tour, keeping up a schedule more vigorous than musicians half their age. The Rolling Stones celebrated their 50th anniversary in 2012 and, as of this writing, are preparing to finish their latest world tour with the Australian dates that were rescheduled after the April 2014 death of lead singer Mick Jagger's girlfriend, fashion designer L'Wren Scott.

Their latest tour has drawn rave reviews.  It has also been compared to the night of the living dead with 71-year old Mick Jagger, 70-year old Keith Richards, 67-year old Ronnie Wood, and 73-year old Charlie Watts continuing to strut their stuff in much the same way as they did 50 years ago. Crowds come out to see the spectacle, hear the music they've grown up with, and contribute to the more than half a billion dollars their tour makes. Mick Jagger is worth $300 million, Keith Richards $340 million, Ronnie Wood $90 million, Charlie Watts $170 million. They are all (with the exception of Wood, who is knocking on the door of his eighth decade) in their 70s. They are millionaires many times over. They've created a lasting musical legacy that has inspired millions and will outlive them. So why do these septuagenarians keep up the grueling pace of multi-year world tours? Why don't they just relax and play golf or something? 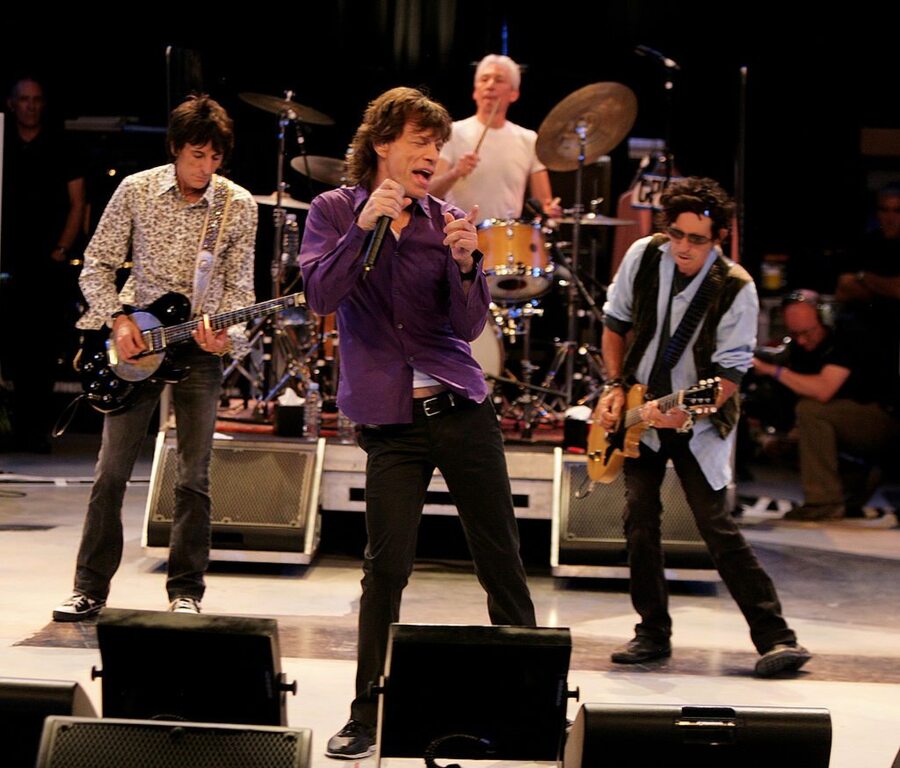 The Rolling Stones formed in Dartford, Kent, England in 1962. The Stones were a huge part of the British Invasion of band that found tremendous popularity in the United States in 1964-65. The Stones were instrumental in integrating rhythm and blues into rock and roll. The band's bluesy roots are apparent on their 1968 release "Beggar's Banquet," which alongside 1969's "Let it Bleed,", 1971's "Sticky Fingers," and 1972's "Exile on Main Street" are considered to the Golden Age of The Rolling Stones, the best work they've recorded.

The Stones released commercially successful albums throughout that 1970s, especially with 1978's "Some Girls". In the 1980's, notable albums include 1981's "Tattoo You" and 1989's "Steel Wheels." However, during the 80s a feud between Mick Jagger and Keith Richards about the musical direction of their band almost caused the Rolling Stones to break up.  The duo managed to make up, and the "Steel Wheels" release marked a big comeback for the band.  The Stones then embarked on a huge stadium and area tour, beginning the band's tradition of supporting albums with big stadium tours that would continue throughout the 1990s and 2000s. In fact, the band's 1994-95 Voodoo Lounge Tour, 1997-99 Bridges to Babylon Tour, 2002-03 Licks Tour, and 2005-2007 A Bigger Bang tour were the then four highest grossing concert tours of all time.

And that, right there, is the key. The music industry has changed and the money to be made is now in touring extensively, but that's only part of the problem.

The Rolling Stones were inducted into the Rock and Roll Hall of Fame in 1989. Rolling Stone Magazine (no relation) ranked them fourth on their list of the "100 Greatest Artists of All Time."  The Rolling Stones have sold more than 250 million albums. They have released twenty-nine studio albums, eighteen live albums and numerous compilations. 1969's"Let It Bleed" was their first of five consecutive number one studio and Live albums in the UK. "Sticky Fingers" in 1971 was the first of eight consecutive number one studio albums in the US. 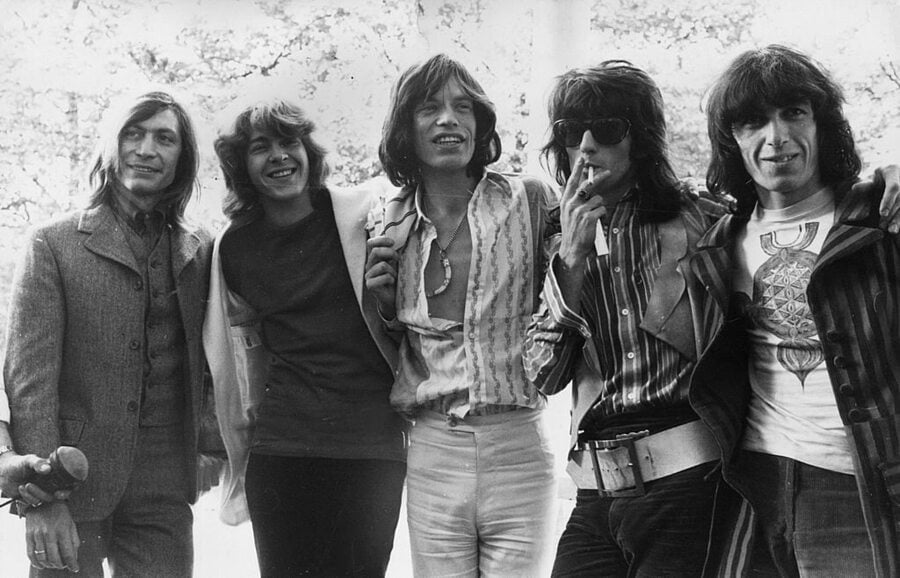 The Rolling Stones are, arguably, the most successful rock band of all time by nearly every measure. And yet they are still crisscrossing the globe and breaking out their old hits for their fans year after year.

As mentioned, the music industry has changed. Digital music is now virtually worthless. Whereas in the days of CDs there was 36% of the sales price to divide up between the band, the label, and other title holders, nowadays, digital songs only have 12% of their sale price to distribute to the artists. Twelve percent of the typical single song cost of $1.29 is not a lot of money.

Fact is, there's very little money made from recorded music anymore.  iTunes sells mostly single songs, Spotify doesn't pay high royalties, and radio is nowhere near as big as it used to be. This decline of revenue for selling music has been the case for more than 15 years now.

On the flip side, touring now makes a lot more money than it did in the past. That is especially true if you are The Rolling Stones. The band's last three tours combined are on track to gross about $1 billion.  For comparison, their very successful mid-2000s "Licks" tour made the band $300 million. Their current tour, which has far fewer stops, is on track to top $100 million. Average ticket price for a Rolling Stones concert is $370. Bruce Springsteen is about $93. Dave Matthews Band is about $75.

Consider though, the major productions that big tours are. Even if the Stones get 60% of the gross revenues- not including merchandise- they've still got a truckload or two, literally, of people to pay and support. Even though bands like the Stones command the highest of margins on splits with concert promoters and bookers because of the guaranteed audience they draw, the fact is it takes a village to put their shows on.

The Rolling Stones may just be the four current members, but Rolling Stones, Inc, employs more than a dozen people full time and, while on the road, employs hundreds of people. Setting up stages and sound systems for stadiums and arenas are massive jobs that can cost hundreds of thousands of dollars a night. Those jobs pay well, and many include healthcare. That bill is paid by Rolling Stones, Inc. 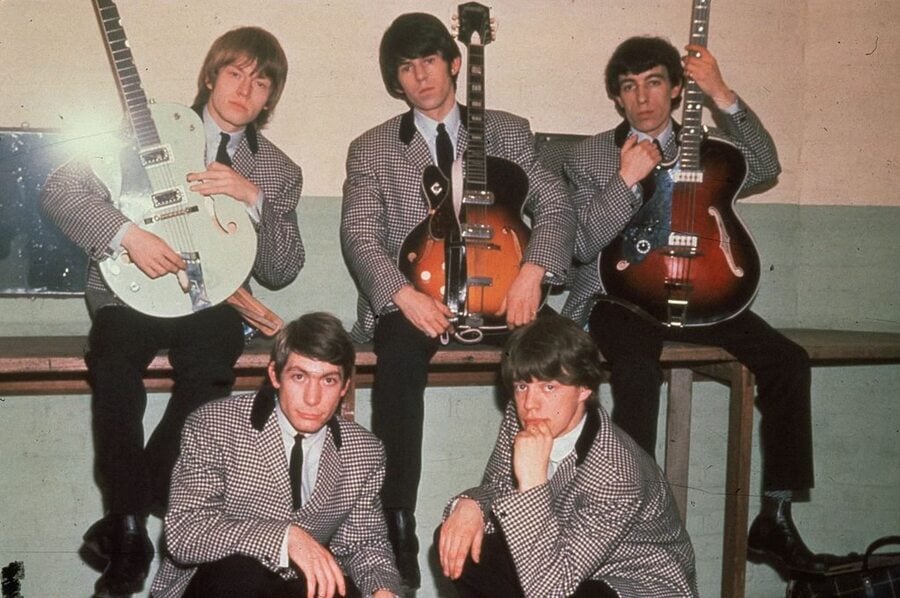 U2's Larry Mullen, the band that pretty much invented multi-sensory blow out rock tours, said in Bill Flanagan's "At the End of the World:"

Now we aren't saying that the Stones tour just to keep their entourage employed. Maybe when it comes down to it is isn't a case of "needs" to tour, it is a "wants" to tour situation.  These four men are very rich and incredibly famous. Clearly they don't need to go on tour.

I'm a long distance runner. We have a saying "There will come a day when I can no longer do this. This is not that day."

Maybe, when it comes down to the Rolling Stones, they continue to tour simply because they CAN. And at 70+ years old, that's a pretty amazing feat in and of itself. Maybe they continue to tour (and add to their net worth) because they enjoy it. Maybe, after more than 50 years as a band, they simply don't know how to be any other way. I'm sure their fans are glad the Stones still tour, even if one day Mick needs a walker on stage.