By Amy Lamare on January 24, 2020 in Articles › Entertainment

Here we go again. Dozens of news outlets are reporting that tennis great Roger Federer is poised to become a billionaire in 2020. Federer is a lot of things, including one of the best tennis players in history, but he is not about to become a billionaire. That's a Fake News Headline designed to get clicks. Otherwise known as clickbait. Don't fall for it. Roger Federer's net worth is $450 million as of this writing, which, while a lot, isn't even a half of a billion dollars, let alone a billion dollars.

The math for this jump is irresponsible and highly suspect. Outlets are reporting that the Swiss tennis player and 20-time Grand Slam champ appears likely to break $100 million in annual income this year, a jump of about $24 million from the $77.2 million he made in 2018 on the court and in endorsements. The increase comes from the sponsorship agreement Federer signed, a 10 year $300 million deal with Uniqlo in 2018, which works out to $30 million annually, $15-20 million more than he was getting from his former sponsor Nike. 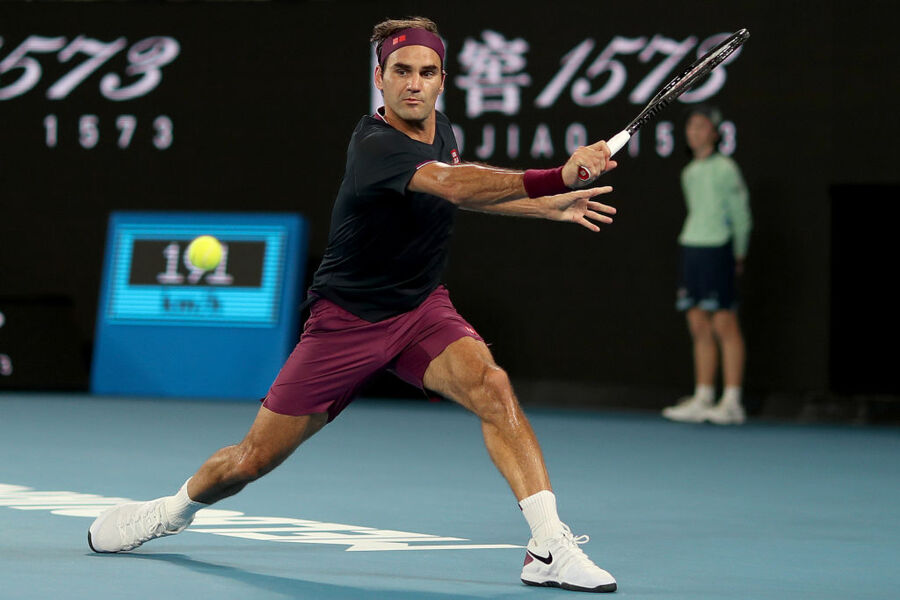 Federer also recently announced that he invested in On, a Switzerland-based running shoe company. He will be developing a shoe line. He also made $10 million on a lucrative exhibition tour in South America in the off season as well as another exhibition tour in China, both on top of his usual take-home pay. According to other outlets, this puts Federer's career on and off-court earnings at $900 million. Where does that number come from?!

How Did This Happen?

With endorsements, Roger's career earnings as of this writing are $900 million. Does that number sound familiar? Here's what we think happened –

Tennis.com recently published an article titled "Roger Federer On Course To Join Billionaire Athlete Club". In the article they discuss how Roger's total earnings are $900 million and that he has at least $200 million in future sponsor commitments over the next several years. If he does indeed earn more than $100 million in 2020, he will join an exclusive club of athletes who have earned more than $1 billion during their career. Other athletes in the billion dollar earnings club include:

Only one of those three athletes above is actually a net worth billionaire and that is Michael Jordan. These other outlets are also pushing the falsehood that Tiger Woods and Floyd Mayweather are billionaires. They are not. They are very wealthy men with $800 million and $565 million respectively, but not billionaires. Reporting that they are is nothing more than a ploy to drive traffic and sell magazines.

Anyone who has been reading this website for a bit knows that earnings are not the same as net worth.

Federer is not worth $900 million. He is worth half that. How does Federer go from $450 million to one billion with even two estimated $100 million in earnings years? That's not even a full $200 million gain after taxes, let alone a $650 million gain. Once again, a certain publication and their copycats are trying to drum up headlines using wild speculation and inaccurate math. Roger Federer is a very wealthy man. He is not about to become tennis's first billionaire.

What we think the magazines may have intended