Let's hear it for the musicians rocking – or nearly rocking – their AARP years. A number of vintage bands and musicians from the 1970s and 1980s (and one each from the 1950s and 1960s) are still hitting the road and drawing crowds. From Billy Joel to Guns N Roses these rockers in their 50s, 60s, and 70s aren't slowing down anytime soon. (To be fair, the Red Hot Chili Peppers' Josh Klinghoffer is 37, but he is not an original band member.) Eight different musicians or bands from decades past made the list of the highest-paid entertainers, proving you don't have to be young to rock out.

Billy Joel has been making music for 50 years. This year he played 28 shows, during which he showcased his powerful voice on a plethora of his most well-known and loved songs. Merchandise sales and a sponsorship by Citi also helped the Piano Man bring home $35 million.

The hair band era is long since past, but Bon Jovi keeps on rocking. The New Jersey band's latest album "This House Is Not For Sale" hit No. 1 on the Billboard charts. The tour for the album hit 34 stops during the past year and brought in more than $2 million in each venue. 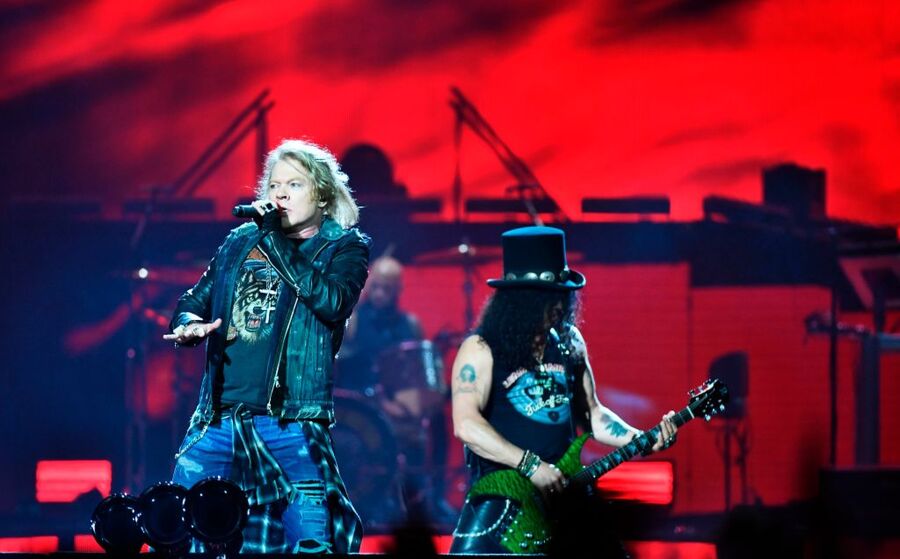 Jimmy Buffett's fans are still wasting away in Margaritaville and turning out to patronize his branded hotels and restaurants in droves. Combined with merchandise sales, Buffett is perennially on the list of the highest paid entertainers because of his lifestyle empire. Next up for Buffett – a Margaritaville themed retirement community.

At nearly three quarters of a century old, Paul McCartney continues to tour more than men half his age. The former Beatle front man sells out arenas across the world, grossing more than a million dollars a night. Of course, Sir Paul also makes money from the catalogs of his solo and Beatles work.

The Red Hot Chili Peppers are touring just as hard nowadays as they did in the 80s. During their 34th year on the road, the band played 108 shows.

Metallica has been playing thrash metal since the early 80s. Their 10th studio album "Hardwired…To Self-Destruct" debuted to big sales and great critical reviews. The band's WorldWired global tour began in September 2016 and plays 96 dates through May 2018.

Bruce Springsteen continues to make the bulk of his money touring. Each gig brings in seven figure grosses. This year he also had the $10 million advance for his memoir "Born to Run" added to his earnings as well as the compilation album "Chapter and Verse."

Axl Rose got the band back together for the Never In This Lifetime tour. The tour began in April 2016 and plays 130 dates around the world through late November 2017. The guys hit five different continents on eight legs of the tour.