By Amy Lamare on September 19, 2013 in Articles › Entertainment

As the intro to Shark Tank says, Robert Herjavec is the son of immigrant factory worker. His family immigrated to Canada from Yugoslavia to escape communism, arriving via boat in Halifax, Nova Scotia and eventually settling in Toronto. He was eight years old. His family barely spoke English, and his mother lost the family savings to a smooth talking vacuum salesman. Robert made up his mind then and there to never let his family be taken advantage of again.

Robert had one suitcase, no prospects, $20 to his name, and did not speak English but he didn't let that stop him. He delivered newspapers, waited tables, and launched a computer company from his basement. In the early 1990s he realized that technology was his ticket out of poverty. He began to see the potential for making real money. 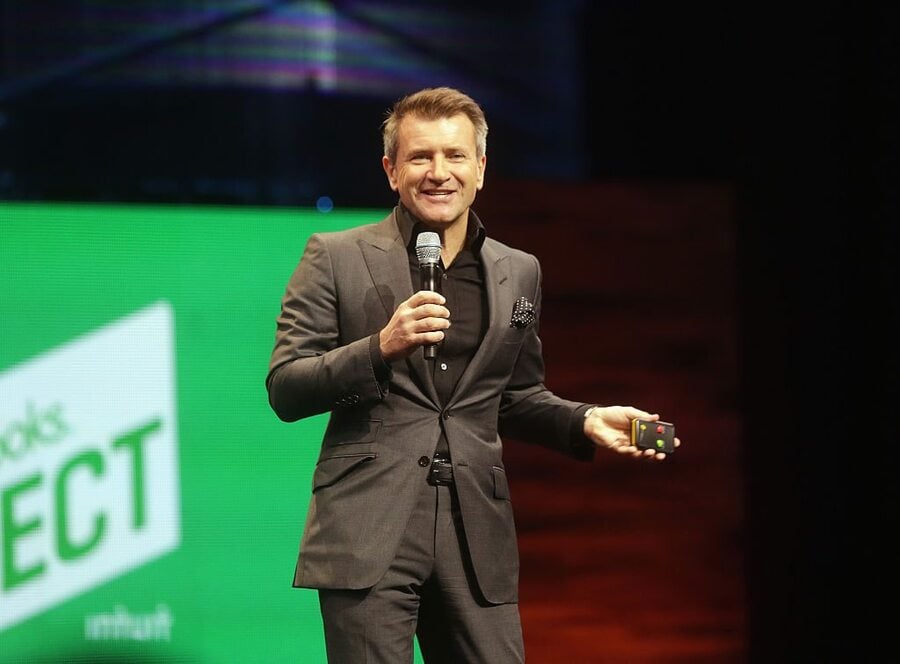 A serial entrepreneur, Robert has built and sold several companies including a computer security company to AT&T and a technology Company to Nokia for $225 Million. Widely known as an entrepreneurial expert, Robert's business advice has appeared in numerous national newspapers and magazines as well as on Shark Tank. He launched BRAK Systems, his first technology company, which he sold to AT&T in 2000 for $100 million. But that was only after getting fired, hitting rock bottom, and feeling like he'd never make more than $60,000 again in his life.

When asked how he got into the business of being a serial entrepreneur, Robert has been reported as saying; it was because he'd gotten fired. He only became an entrepreneur because he had to. After his sale to AT&T, Herjavec took over a company in Silicon Valley, called Ramp that he sold to Nokia for $225 million.

He briefly retired at that point to be a stay at home dad. But after three years, the desire to build another technology company from scratch hit again and this time he wanted to build a billion dollar business. The Herjavec Group is an IT security and infrastructure integration firm in the business of computer security and information storage for enterprise and government. Herjavec has called his company a "mini IBM".

Given his ability to net huge sums of money when he sells his companies, it is only natural to wonder when Herjavec might sell this latest enterprise. Even more surprising, he has no plans to sell this one. Instead he has set a goal for himself: building a billion-dollar company. The Herjavec Group is well on its way, with over 160 employees and $52 million in revenue in just the first quarter of 2012. For perspective, in 2003, the company consisted of just three people.

Herjavec believes his most valuable resource is time and despite his commitment to Shark Tank, he continues to run his company day to day. Shark Tank films just 20 days a year, freeing him up to devote himself to building that billion-dollar business.

Robert Herjavec is a self made millionaire with a net worth of $100 million. But it's not all work for Robert, he owns a Ferrari racing team that races all over North America. That seems like a natural fit for this entrepreneur who has lived his life at full throttle with his eye on the prize. Still, Herjavec has said that if he could do anything differently, he'd have dreamed bigger. As the son of a factory worker and receptionist, he didn't know anyone who'd made $1 million, let alone $100 million, let alone the $1 billion he's set his sights on.