By Brian Warner on August 25, 2022 in Articles › Entertainment

Rick Scott is a Senator from Florida. He is a Republican and the chair of the National Republican Senatorial Committee. Therefore, aside from his standard Senatorial duties, Rick is also charged with constantly slinging mud at President Joe Biden and Democrats in general. No shame in that. That's politics.

But earlier this week, Rick Scott fired off a chunk of mud that ended up backfiring somewhat.

If you're going to call-out someone for taking a vacation to Delaware… Maybe don't send the Tweet from the deck of a luxury yacht that's cruising around the Italian coast. 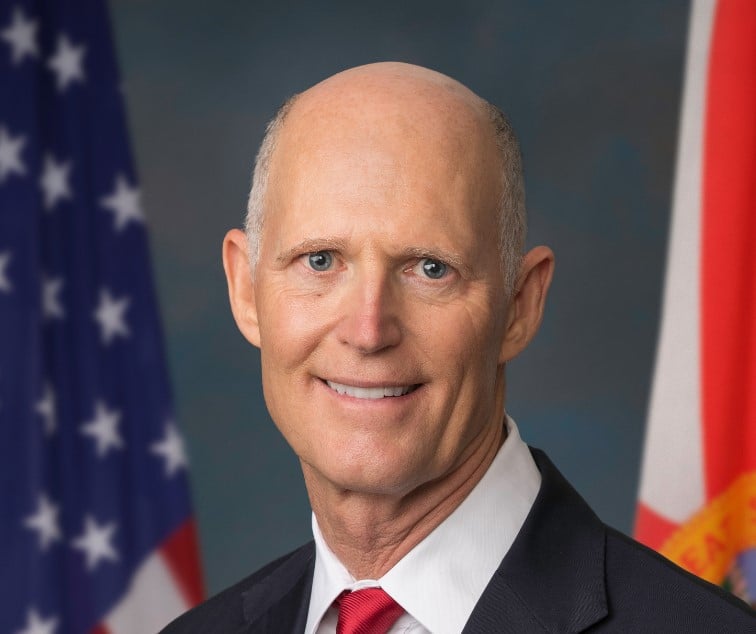 Earlier this week Rick Scott fired up the old Twitter machine with what he presumably thought was going to be an epic dunk on Biden:

Another week of President Biden vacationing in Delaware vs. working at the White House.

If he loves to travel so much, I've got some suggestions as to where he should go next ⬇️

On Wednesday, news outlet Axios uncovered that Rick Scott sent the above vacation-critiquing Tweet while he himself was on vacation aboard a luxury yacht that's currently cruising the Mediterranean off the coast of Italy. Axios spoke to three sources which confirmed the news of Scott's lavish vacation.

Depending on how you measure the range of their most recent financial disclosures (members of Congress provide wide and varying ranges of their net worths in annual disclosures), Rick Scott is the richest person in Congress, exceeding the second place person by around $100 million.

Before entering politics, Rick was the CEO of a healthcare company called Columbia/HCA. At its peak, Columbia/HCA was the largest for-profit health care company in the United States. Yada yad yada…. in 1997 Columbia/HCA was raided by investigators from the FBI, IRS, and Department of Health and Human Services. The company was ultimately found to have defrauded Medicare and Medicade among a number of other federal programs. Shortly after the raid Rick stepped down as CEO, taking $300 million worth of stock.

In a 2000 deposition, Rick pleaded the Fifth Amendment 75 times. Columbia/HCA eventually pleaded guilty to 14 felonies and paid $1.7 billion in fines.

In 2003 Rick and his wife paid $11.5 million for a 17,000 square-foot beachfront home in Naples, Florida. Today this home is estimated to be worth $30 million… but to the right buyer in the right market it might be worth closer to $40 or $50 million based on similar Florida comps.

According to his most recent financial disclosure, Rick Scott's net worth falls somewhere in the range of $166 and $355 million.

For several decades before becoming Vice President in 2008, Joe Biden was often referred to as one of the poorest members of Congress. When Joe Biden's Vice Presidential term ended in 2016, he was worth $1.5 million. According to Biden's most recent financial disclosure, today he is worth $9 million. That vast majority of his personal fortune has come from speeches and book royalties/advances. From the day he left the White House through the day he announced his campaign for President, Joe and Jill Biden earned $17 million.