The Victoria's Secret Angels are some of the most recognizable models in the world. The coveted Angel wings come with multi-million dollar paychecks, a coveted friendship with Taylor Swift, a bevy of gorgeous boyfriends, and teams of trainers and nutritionists to keep the girls' Angel wings ready (i.e.: zero body fat).

The models who sashayed down the catwalk for Victoria's Secret's annual show have a combined net worth of $245 million. A number of these models earned spots on the list of the year's highest-earning models thanks in part to their Angel gig. This year's Angels have annual salaries ranging from $4 million to $10.5 million.

Bella Hadid and Taylor Hill are both just 20 years old and are already multi-millionaires. Hadid is worth $6 million and Hill is worth $3 million. Pretty sweet, eh? Well, Hadid and Hill are practically paupers when you compare them to Adriana Lima and her $75 million fortune. 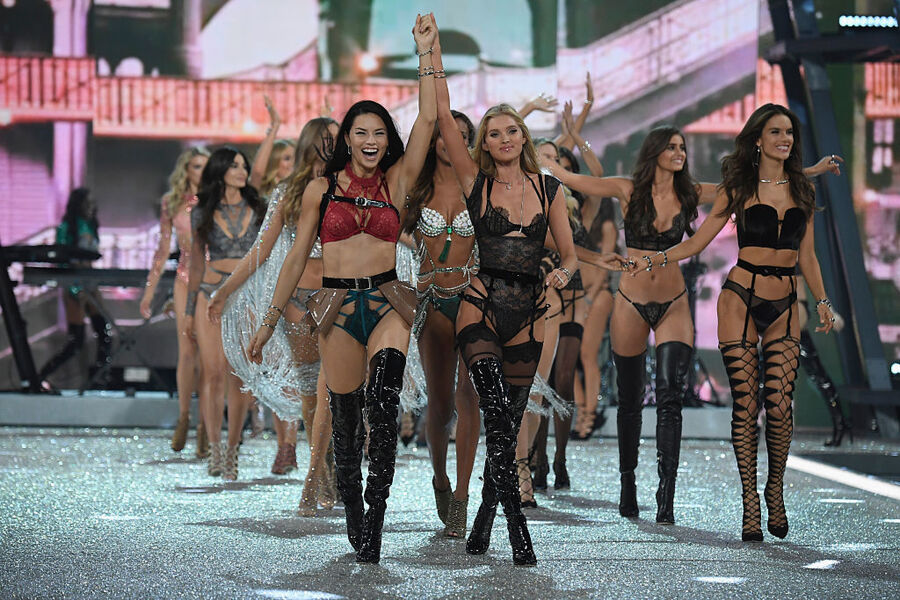 Brazilian supermodel Alessandra Ambrosio is chasing Lima in terms of net worth with $60 million, and Chinese star Liu Wen, with $35 million, has a ways to go.

Lima, Ambrosio, and Wen better watch their backs. Rising catwalk stars Kendall Jenner and Gigi Hadid are worth $18 million and $13 million respectively and, at just 21-years-old, each, have years ahead of them to make the modeling money before they age out of their chosen profession.

Let's take a look at the net worth's of the Victoria's Secret Angels: