The Richest Self Made Women in America

By Amy Lamare on November 19, 2013 in Articles › Entertainment

Today, some of the world's biggest companies, brands, products and technological innovations are being built by women. And, most importantly, many women are building their empires without the help of an inheritance, a business partner or even a husband. The women on the list below are 100% entirely self-made. There are richer women in America than those on this list, but the ladies below reached the pinnacle of success on their own terms. Therefore, to compile this list, we did not include some very high profile and wealthy women who built their billion dollar business with a husband. Most notably, we excluded Elaine Wynn (co-founder of casino giant Wynn Resorts), Tory Burch and Doris Fisher (co-founder of The Gap), who all became billionaires working alongside their husbands.

You may be shocked (or depressed) to learn that two thirds of American female billionaires inherited their fortunes from late husbands or fathers. On the other hand, if you look a little deeper at any list of the richest people in the world and you will find plenty of self-made women worth tens of millions to hundreds of millions of dollars. Everyone from Martha Stewart (net worth $300 million) to Xerox CEO Ursula Burns (reported salary of nearly $10 million annually), deserves a spot on this list of kick ass self-made wealthy American women but for today, we only have time for the self-made female billionaires. Without further delay, here are the richest self-made female businesswomen and entrepreneurs in America today:

After graduating from Florida State with a degree in communications, Sara Blakely was working as a door-to-door fax machine salesperson when the then 25-year old Blakely came up with an idea for a revolutionary women's garment product. Her job required her to wear pantyhose in the brutal Florida heat and humidity and she could not take it anymore. She wanted the smoothing and controlling properties of pantyhose without the full leg and foot coverage (that looked so tacky in open toed shoes!). She took her life savings of $5000 and launched a line of body-shaping undergarments called "Spanx".

Over the next 10 years, Spanx became a wildly popular item that has been imitated but never matched by dozens of major competitors. Even Oprah Winfrey named it one of her favorite things. Today Spanx is a multi-billion dollar business and Sara Blakely is the youngest self-made female billionaire of all time. Originally, Blakely had intended to become an attorney. She also worked as a standup comedian for a short time. Women everywhere are thankful neither of those careers panned out for Sara!

Sheryl Sandberg is COO of Facebook and a member of the social network's Board of Directors – the only woman ever to serve on Facebook's board. Prior to Facebook, Sandberg was Vice President of Global Online Sales and Operations at Google. Her wealth comes not just from a better than average salary, but from shares she holds in Facebook and Google. In 2012 Sandberg was named to the Time 100 list of the 100 most influential people in the world.

In 2013, Sandberg shot to the top of the best-seller list with her book Lean In: Women, Work and the Will to Lead. The book has sold more than one million copies and has been the subject of much debate. Lean In is designed to help professional women achieve their career goals and for men to contribute to a more even distribution in society. The ultimate goal is to encourage women to lean in to positions of leadership because Sandberg says that by having more female voices in positions of power there will be more equitable opportunities created for everyone.

Meg Whitman is currently the President and CEO of Hewlett-Packard. While her currently salary is, I am sure, quite immense, Whitman's fortune was largely made when she served as President and CEO of eBay from 1998 to 2008. During her decade with eBay, Whitman oversaw its growth from 30 employees to more than 15,000 employees and $4 million in annual revenue to more than $8 billion in annual revenue. Whitman expanded eBay's services to Europe, Asia, and Latin America as well as oversaw the acquisition of PayPal, Skype, and StubHub. Prior to eBay, Whitman was an executive at the Walt Disney Company, DreamWorks, Proctor & Gamble, and Hasbro. She received her BA from Princeton and her MBA from the Harvard Business School.

In 2010, Whitman ran for California Governor, using $144 million of her own money to finance her campaign. 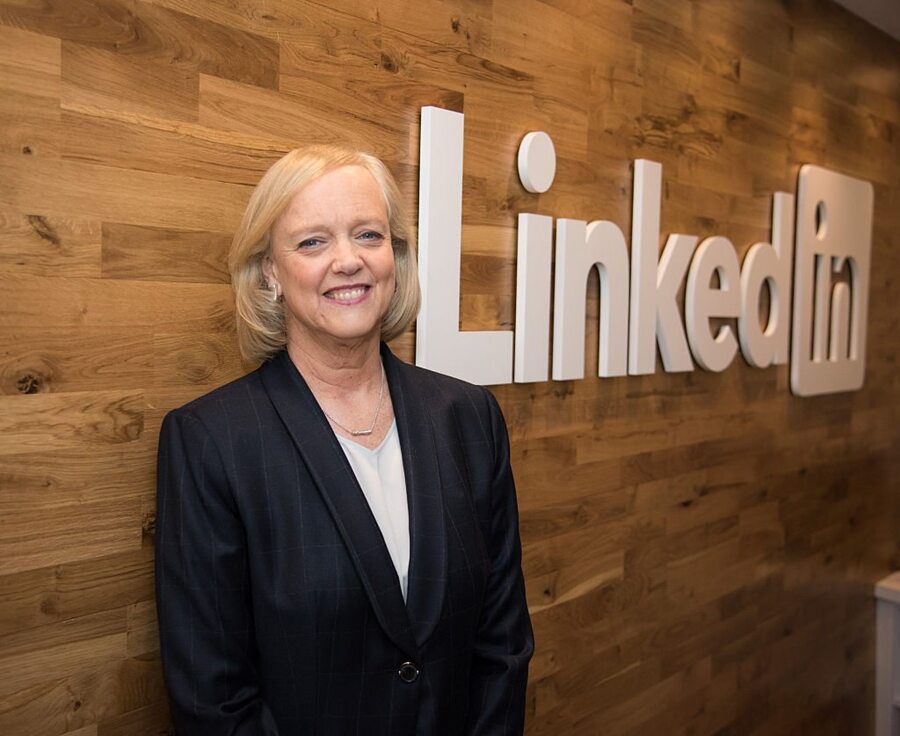 Judy Faulkner moved to Madison, Wisconsin in the 1960s to attend graduate school in computer science. In 1979 she founded Epic Systems, which is estimated to be used by over 40% of the healthcare and medical industries today. Electronic medical records allow for the easy sharing of patient information and have transformed the practice of medicine over the last 30 years. Epic employs more than 4,000 people in its $500 million, 600,000 square foot campus that has been described as part Disneyland, part Google, and part environmentalists dream.

Epic's integrated suite of health care software supports patient care, including registration and scheduling; as well as clinical systems for doctors, nurses, emergency personnel, and other healthcare providers. Epic also has systems for lab technicians, pharmacists, and radiologists; as well as billing systems for insurance companies.

What can be said about Oprah that hasn't been said before? Oprah is best known for The Oprah Winfrey Show, which ran nationally from 1986 to 2001 and was the highest-rated nationally syndicated talk show in history. She has been called the most influential woman in the world. An endorsement from Oprah can send a new product into the stratosphere, as it did with Sara Blakely's Spanx. She is one of the world's greatest philanthropists.

Winfrey was born into poverty in rural Mississippi to a single teenaged mother. She was raised in Milwaukee and had considerable hardships and tragic situations happen to her. Winfrey landed a job in radio while she was in high school. By the time she was 19, she was co-anchoring the evening news in Tennessee. Her gift for connecting with her audience eventually landed her a local Chicago talk show of her own – The Oprah Winfrey Show – and we all know what happened next.