If You Were The Richest Person On The Planet, Would You Pay The Ransom For Your Kidnapped Grandson? J. Paul Getty Didn't.

In 1973, 16 year old John Paul Getty III was abducted by kidnappers in Italy. John Paul was not chosen at random. He was targeted because he happened to be the grandson of the richest person in the world, oil billionaire John Paul Getty. At the time, the older Getty had a net worth of $2-$4 billion dollars, which is equal to roughly $12-$17 billion in modern dollars after adjusting for inflation. The kidnappers had a simple demand: $17 million in cash for the safe return of JPG III. That's equal to roughly $95 million in modern dollars. Not exactly a pittance but still, can you put a price on family? Well apparently, for John Paul Getty the answer was YES. These kidnappers failed to do their due diligence on JPG I. Getty was a legendarily frugal man. He was so cheap that he actually installed a pay phone in one of his mansions because he was sick of paying for his staff's personal calls. So when he heard about the ransom for his grandson, Getty called the kidnapper's bluffs. This set off a series of extraordinarily bizarre events.

Who Was John Paul Getty III?

John Paul Getty III, known as Paul, was born November 4, 1956 in Minneapolis and spent most of his childhood in Rome while his father ran the Italian offices of the family oil business. When his parents divorced and his father remarried actress/model Talitha Pol, the family adopted a hippie-esque lifestyle and spent a lot of time in England and Morocco throughout the 1960s. Paul III attended St. George's – a boarding school in Rome from which he was expelled in 1971 for painting the hallways of the school Charles Manson Helter Skelter style.  His father returned to England, but Paul remained in Rome where he lived a bohemian life, frequenting nightclubs, and taking part in left-wing demonstrations.

His parents were divorced, his stepmother had died of a drug overdose, and Paul had become the stereotypical wild child that uber wealthy heirs can be. He had been expelled from not just St. George's, but seven different schools, was a fan of drugs, and had posed naked for a pornography magazine. He had a cache of older lovers on call, was arrested for lobbing a Molotov cocktail during a left-wing protest, and had been involved in multiple car and motorcycle crashes. 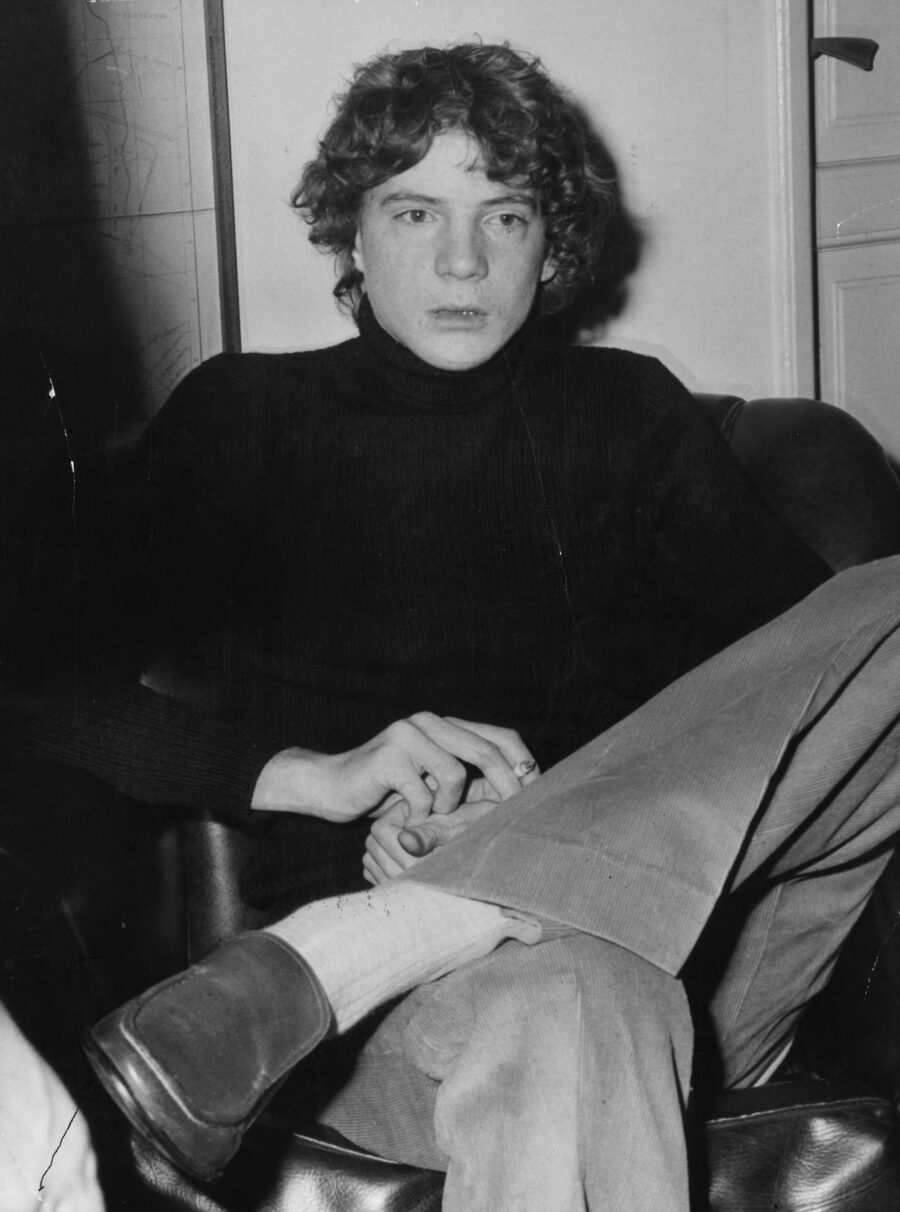 On July 3, 1973 at 3 o'clock in the morning JPG III was kidnapped from the Piazza Farnese in Rome. When the family received the ransom note, it was met with some speculation as to its validity. JPG III didn't have the best reputation. He was a bit of a troublemaker. He'd been known to frequently joke about staging his own kidnapping in order to get money out of his famously frugal grandfather.

Paul was blindfolded and taken to a mountain hideout that the kidnappers used as a prison for him. They sent their ransom note asking for $17 million. No money came. A second demand was sent, but delivery was delayed by an Italian postal strike.  Paul's father John Paul Getty Jr. begged the grandfather for the money but was rejected. What was JPG I's reasoning?  He said that were he to pay the ransom for 16-year old Paul, his other 14 grandchildren could also be kidnapped. How thoughtful.

Well, while those other 14 grandchildren were temporarily safer, JPG III was out of luck.

In November 1973, after being imprisoned in that remote mountain hideout for more than four months, JPG III's captors decided it was time to bring things up a notch. The kidnappers proceeded to send a package to the offices of Italian newspaper Il Messagero. The packaged contained two items: #1) A lock of JPG III's hair. I know what you're thinking, big whoop. Right? The other item in the package was one of JPG III's bloody ears. The package contained a note that threatened increasing mutilation of the young heir unless $3.2 million was paid. That's right, the kidnappers lowered their ransom. The note read:

"This is Paul's ear. If we don't get some money within 10 days, then the other ear will arrive. In other words, he will arrive in little bits." 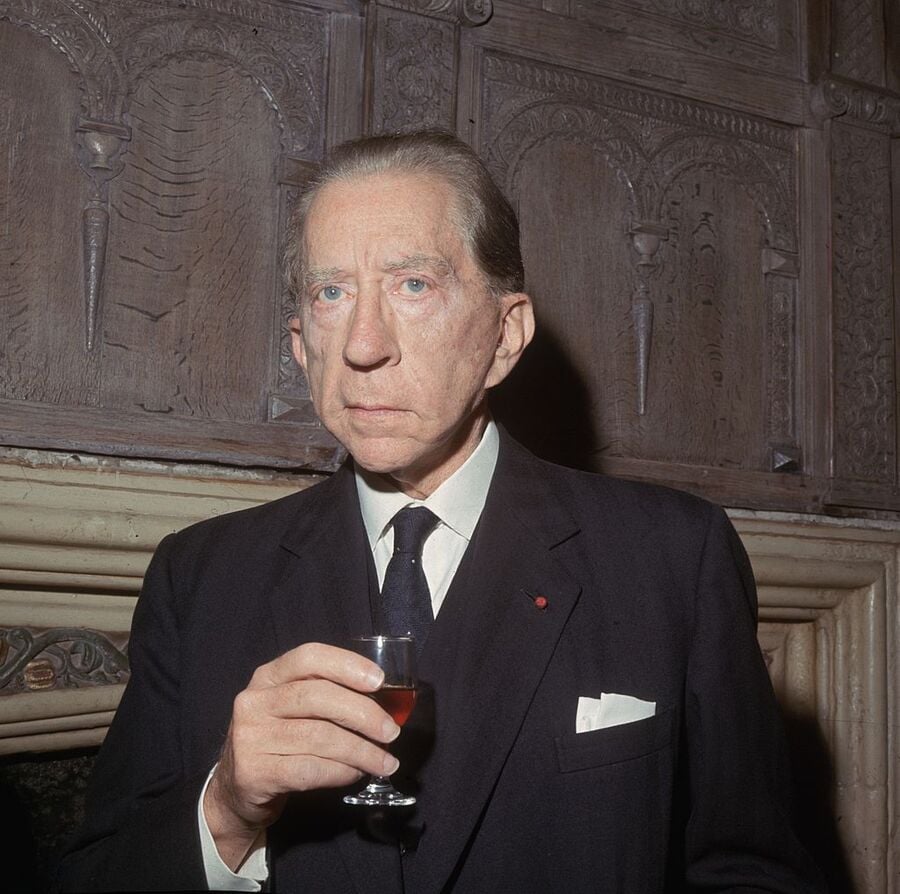 Who Was John Paul Getty?

The eldest John Paul Getty was born on December 15, 1892 in Minneapolis, Minnesota. He was the son of a successful lawyer who earned a fortune in the Oklahoma oil bonanza that began around 1904. When JPG was was 21, his father lent him some money to form an oil business of his own. JPG earned his first million dollars within a year.

Today, when most of us think of oil wells, we probably picture places in the Middle East like Saudi Arabia, Iran, Kuwait or the United Arab Emirates. Now, let's take a step back in time. Back in the 1930s and 40s, oil really hadn't been found in significant quantities outside of the United States.

In 1949, Getty made an investment that most people thought was certifiably insane. Getty took $9.5 million dollars (roughly $100 million today) and purchased a 60-year exclusive lease to search for oil in a barren desert country that no western person had ever heard of. That barren desert country was called… Saudi Arabia.

As crazy as it sounds today, before Getty's arrival, Saudi Arabia was a desolate little Kingdom with basically no natural resources or wealth whatsoever. No oil had ever been found in Saudi Arabia before and no oil would be found for the next four years. Getty spent an additional $30 million of his own money ($300 million today) searching for black gold. In 1953, the gamble paid off ENORMOUSLY. From that point forward, his little tract of worthless land would go on to produce 16 million barrels of oil every year and completely transform the entire Middle East for the rest of history. 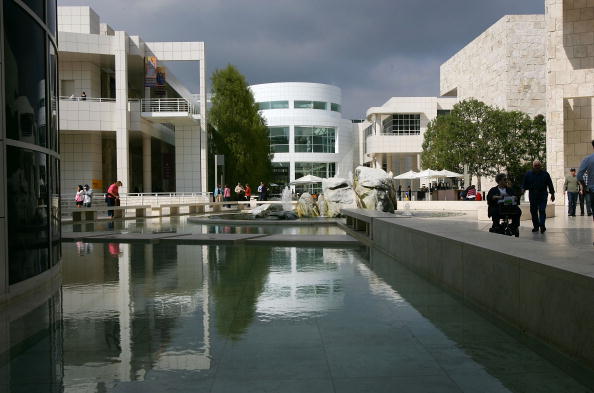 Getty was one of the first human beings to have a personal net worth exceeding $1 billion dollars. When he died in 1976, his net worth was estimated at between $2 and $4 billion dollars. That's equal to $12-$17 billion dollars after adjusting for inflation. Residents of Los Angeles are probably very familiar with the Getty Museum and Getty Villa that now contain thousands of priceless works of art. JPG was also one of the most quotable billionaires ever. Here are some of his best quotes:

"No one can possibly achieve any real and lasting success or 'get rich' in business by being a conformist".

"If you can count your money, you don't have a billion dollars."

"Money is like manure. You have to spread it around, or it smells."

"There are one hundred men seeking security to one man who is willing to risk his fortune."

"The meek shall inherit the earth, but not the mineral rights."

Back to the Kidnapping:

Understandably, as time went on and the months of Paul's captivity mounted, the theory that he was engineering this himself began to sound less and less plausible. Grandpapa Getty, however, would not relent. He reiterated his statement again and again: "I have 14 other grandchildren and if I pay one penny now then I will have 14 kidnapped grandchildren."

Never mind that Getty had the means to pay the ransoms of all 14 grandchildren and still be a very wealthy man.  While Grandpa was remaining steadfast in his refusal to even consider paying a ransom for his 16-year old grandson, Paul was being held into a mountain hideout where he was blindfolded and chained to a stake. While he was captive, he wrote letters to his mother. One said "Dear Mummy, don't let me be killed. Pay, I beg you, pay up as soon as possible if you wish me well."

I can't imagine the 1971 Thanksgiving and Christmas holidays were particularly pleasant at the Getty beach house in Santa Monica.  That was about the time Paul's ear arrived at the Italian newspaper's offices. The kidnappers had cut it off with a razor blade. They didn't use anesthetic, by the way. And thanks to that Italian postal strike, the ear rotted in a post office for three weeks before being delivered.

At this point, even Getty Sr. knew that he had little choice but to pay the ransom. But he wasn't about to just cut a check. JPG actually had the nerve to ask for a reduction in the ransom price! Getty talked the kidnappers down from $3.2 to $2.2 million because, as he said, that was the maximum that was tax deductible. The kidnappers stood strong on their demand for $3 million. So what did Getty do? He agreed to give his son $3 million, but $800,000 would be considered a loan that came with a 4% interest rate.

JPG III was found alive in Southern Italy on December 15, 1973, ironically at a gas station. He had spent five and a half months kidnapped and chained in a mountain hideout. After he was released, JPG III called his grandfather to thank him for buying his freedom but the grandfather refused to take the call. 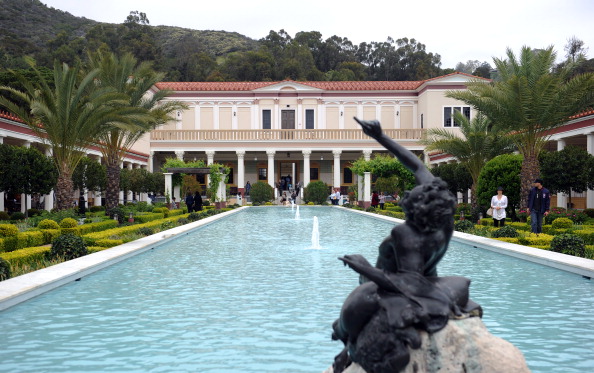 Nine people were arrested after the conclusion of the investigation that followed John Paul Getty III's release.  They included members of the notorious "Ndrangheta" group, a Mafia-type organization from Calabria in Southern Italy, as well as an olive-oil dealer and a hospital orderly.  Only two of the accused kidnappers were convicted and served any time. The others got off due to a lack of evidence against them.

Paul spent two weeks in the hospital and on a skiing trip and soon returned to his old ways. Two years later, the 18 year old married 25-year old Gisele Martine Zacher. She was a German model and five months pregnant with their son who would later in life become the successful actor Balthazar Getty.

Grandpa Getty then cut JPG III off completely because he had breached the rules of a family trust that banned people from getting married before the age of 25.

John Paul Getty III was never the same after his kidnapping. Five years after his release, in 1981, JPG III consumed a cocktail of valium, methadone and alcohol that brought on liver failure and a stroke. He was in a coma for six weeks and when he regained consciousness it became clear that he was practically blind, mute, and paralyzed. His only form of communication was a high-pitched scream.  He would require full-time care for the rest of his life.

John Paul Getty, Jr. turned out to be an apple off his own father's cheap and grumpy tree. Despite inheriting $1.3 billion dollars from the family trust, JPG II refused to pay the bill for JPG III's $25,000 monthly care bill. His reasoning was that he brought this situation on himself.  Paul successfully sued his dad for a share of the trust and moved into a house in Beverly Hills.