By Amy Lamare on November 25, 2013 in Articles › Entertainment

Liliane Bettencourt is the richest person in France and the third richest woman in the world with a net worth of $32.4 billion. She is the sole heir to L'Oreal, the largest cosmetics company in the world, which was started by her father, and a large shareholder in Nestle. Liliane is one of the most talked about billionaire socialites in France. She is a private person who shares little about her life with press, however, she manages to make headlines again and again in her native France for one scandal after the next.

Born in 1922 in Paris, Liliane Bettencourt is the only child of Eugene Schueller, the founder of L'Oreal. Her mother was named Louise Madeleine Berthe. In 1927, Liliane's mother died when Liliane was just five. Liliane subsequently became closely bonded with her father, who went on to marry his daughter's British governess. She went to work at her father's company as an apprentice when she was 15-years old mixing products and labeling bottles. Not much is known about her involvement in the company over the years. 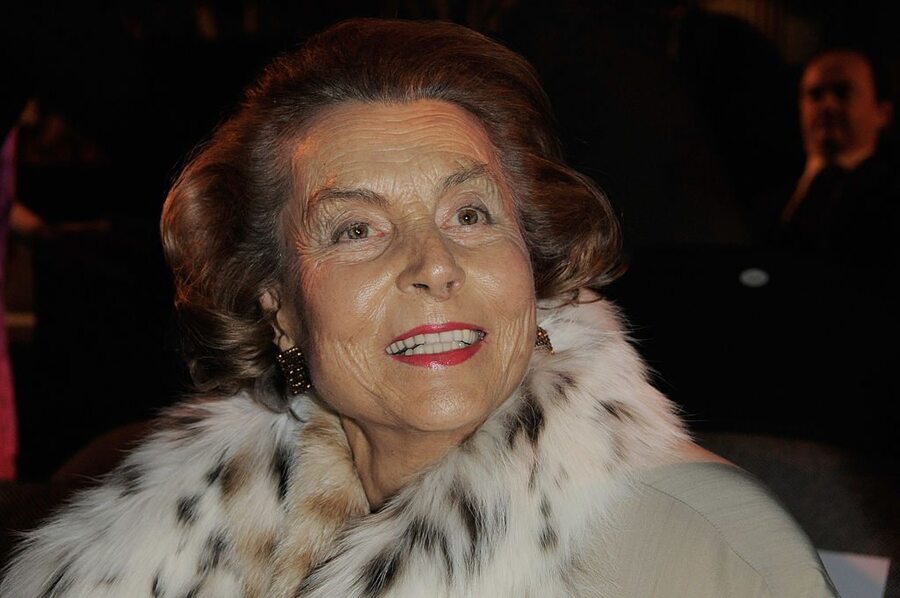 In 1950, she married Andre Bettencourt, a French politician with pro-Nazi leanings who was deputy chairman of L'Oreal. Bettencourt had been a member of La Cagoule, a violent French fascist group that Liliane's father had funded and supported in the 1930s and that collaborated with the Nazis during World War II. After the war, her husband, like other members of La Cagoule, was given refuge at L'Oréal despite his politically inconvenient past. Andre and Liliane remained married until his death in late 2007. They have one daughter, Francoise, who was born in 1953. In 1957, at the age of 35, Liliane inherited the L'Oreal empire when her father passed away. She held an active seat on the L'Oreal Board of Directors until 1995.

Very little is known about Lilane Bettencourt's personal life. She has lived as a French socialite, but has been reticent and evasive in her role as a fairly public person in Parisian society. She rarely gives interviews or makes public appearances. She has often been described by newspapers and magazines as having a lifestyle motto of "Never explain, never complain." Frankly, those aren't bad words to live by when you're a reclusive French billionaire.

In 1987, Liliane Bettencourt together with her husband and daughter launched the Bettencourt Schueller Foundation to "support and develop medical, cultural and humanitarian projects" in developing nations. Over the years she has been a major philanthropist through her foundation which promotes science research through various scholarship through her trusts for which she was also awarded "La Légion d'honneur", the highest civilian decoration of France.

As of December 31, 2012, Liliane Bettencourt owns 30.5% of the outstanding shares of L'Oreal with 12.56% of those held in trust for her daughter. She also owns 29.78% of Nestle. The Bettencourt family and Nestle act together, pursuant to a shareholder's agreement. Bettencourt ended her Board Director tenure on February 13, 2012 and her grandson, Jean-Victor, was appointed as Board Director. Bettencourt's daughter and her daughter's husband (Jean-Pierre Meyers) are also members of the board of directors. 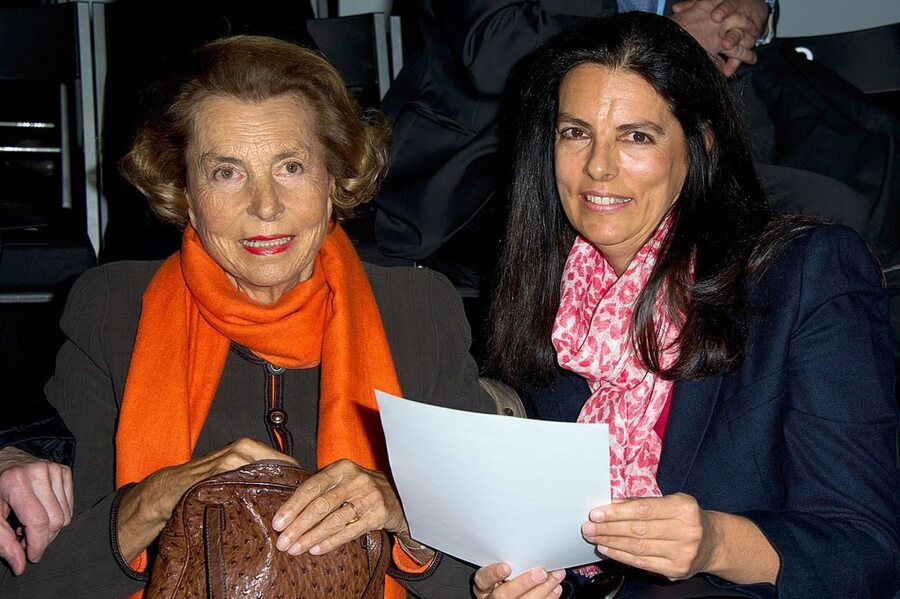 Despite her reclusiveness, Bettencourt has been involved in a number of scandals in the last few years. In 2008, Liliane became the center of a trial and media frenzy over a lawsuit filed by her daughter Francoise against a friend of her mother's Francois-Marie Banier, whom Francoise accused of taking advantage of her mother. Banier vehemently denied the charges that he participated in abus de faiblesse – the exploitation of a physical or psychological weakness for personal gain. The lawsuit alleged that over the course of Banier's friendship with Liliane, he compelled the octogenarian heiress to bestow gifts worth $1.5 billion on him as well as make him the sole heir to her fortune, minus her stake in L'Oreal. They must have been very good friends!

Sadly, the lawsuit put Liliane and her daughter at odds, and the two no longer speak to each other. In 2011, after a three-year legal battle, Liliane's fortune was placed under the guardianship of her daughter. The elderly widow now suffers from dementia.

Liliane Bettencourt and French President Nicolas Sarkozy were the subjects of legal inquiry and a political scandal after Liliane's accountant alleged that she had given Sarkozy envelopes stuffed with $150,0000 in donations for his presidential bid in 2007. The accountant also said that Bettencourt had continuously provided cash envelopes to Sarkozy from 1983 to 2007.

Recently, Bettencourt made headlines as one of the most high profile victims of convicted Ponzi scheme mastermind Bernie Madoff. She had $22 million invested with the embezzler. I doubt she even noticed. Despite these two high profile law suits, most of Liliane Bettencourt's private life has remained under wraps. Bettencourt is well known for her discipline and hard work. Even now, in her 80s suffering from dementia, she goes for long walks daily and maintains an active and rigorous routine. She has kept this routine throughout her entire adult life, waking up at 4am and getting in several hours of exercise.