By Amy Lamare on August 30, 2013 in Articles › Entertainment

Forget starting a hedge fund or becoming the CEO of an internet startup. If you want to make a ton of money, move to Nigeria and become a pastor. Back in elementary school, the Pastor of my Catholic school drove an older Porsche. We used to make jokes about that, but his vintage 911 pales in comparison to these Nigerian men of the cloth. These pastors clearly did not take an oath of poverty when they put on their collars and started preaching the good word to the people of Nigeria. This new brand of pastor sees opportunity in his flock's drive for salvation, and with dollar signs in his eyes, he parlays his personal brand all the way to the bank to the tune of millions of dollars, while ostensibly doing the work of God.

Pastors are no longer solely interested in getting people to Heaven; they've morphed into savvy businessmen with their eye on the bottom line. They've taken personal branding to heart and amassed fortunes doing so. 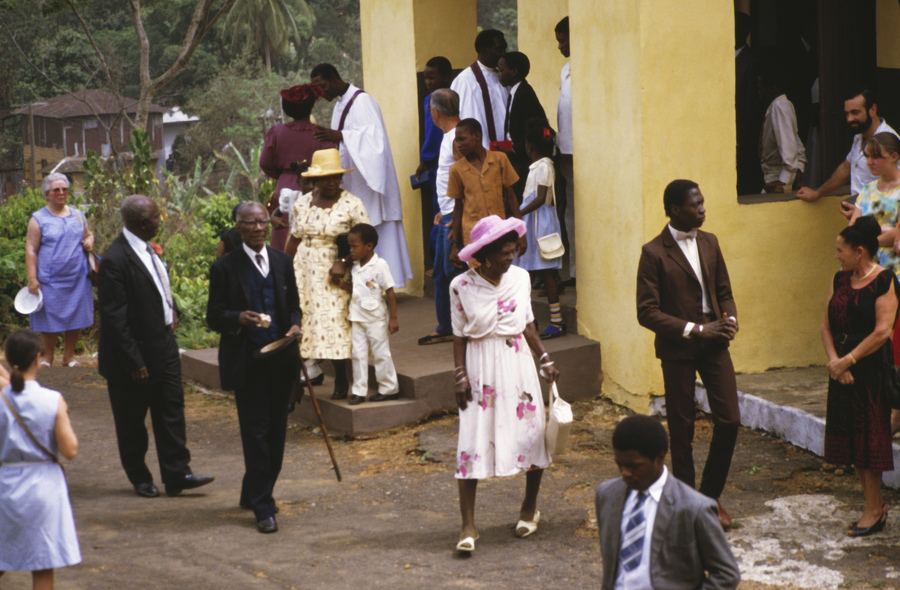 In fact, a few wealthy Nigerian Pastors spent about $225 million acquiring private jets a few years ago. David Oyedepo, for example, bought a Gulfstream V jet for $30 million. He has a private collection of four different planes. It is not cheap to own a private plane—in fact, it costs hundreds of thousands of dollars a year, and Oyedepo is just one of three known Nigerian clergymen who own at least one private plane. This gaudy display of wealth seems at odds with both their profession and with the fact that 60% of Nigerians live below the poverty line. Sadly, it is those people who finance the extravagant lifestyles of their spiritual leaders. Every Sunday, swarms of worshipers rush to the church to give away their hard-earned money to the pastors' coffers in the form of tithes, offerings and special gifts with the delusional hope of multiplied blessings, most of them financial, in return. It is not hard to imagine these multi-millionaire Pastors laughing all the way to the bank. This breed of Nigerian Pastor is more televangelist in the vein of Ted Baker, Pat Robertson, and Jerry Falwell than they are true men of the cloth.

Let's take a look at the richest Pastors in Nigeria:

David Oyedepo is Nigeria's wealthiest pastor by far. He founded the Living Faith World Outreach Ministry in 1981, and since then it has grown by leaps and bounds to become one of the largest congregations in Nigeria. Oyedepo presides over three services every Sunday at the 50,000 seat Faith Tabernacle, Africa's largest worship center.

As mentioned, Oyedepo owns four private jets and has homes in London and the United States. He is an author with a thriving publishing house, Dominion Publishing, which he also owns. Like Jerry Falwell, he also founded a University, Covenant University. Oyedepo also founded Faith Academy, an elite high school.

Wealthy preachers and scandal seem to go hand in hand. Recently, Chris Oyakhilome was at the center of a $35 million money laundering case. He was accused of moving funds from his church to foreign banks. The case was dismissed after Oyakhilome pleaded no contest to the charges. His church has over 40,000 members, including politicians and successful businessmen. Oyakhilome's fortune is enhanced by his involvement in other areas including newspapers, magazines, a local television station, a record label, satellite TV, magazines, a fast food chain, hotels and extensive real estate. Oyakhilome's TV network is the first Christian network to broadcast from Africa to the entire world, 24 hours a day. His church has branches in Nigeria, South Africa, London, Canada, and the U.S. His publishing company, Loveworld Publications, publishes a monthly devotional he co-authors with his wife called Rhapsody of Realities. It sells over 2 million copies every month at $1 each.

Synagogue Church of All Nations (SCOAN)

Temitope Joshua is Nigeria's most controversial pastor due to his dubious claims that he heals incurable diseases such as HIV, cancer, and paralysis. He founded his congregation in 1987, and gets his version of the Good Word out to over 15,000 members on Sundays. His church currently has branches in Ghana, the United Kingdom, South Africa, and Greece. Over the past several years, Joshua has made philanthropic donations of over $20 million to causes in education, healthcare and rehabilitation programs for former Niger Delta militants. He owns Emmanuel TV, a Christian television network, and is close friends with Ghanaian President Atta Mills.

In 1992, Ashimolowo was sent to London by his then employer, Foursquare Gospel Church in Nigeria, to open a branch there. Instead, he opted to open his own church and founded Kingsway International Christian Center, which is one of the largest Pentecostal churches in the UK. Ashimolowo earns an annual salary of $200,000, but the bulk of his wealth comes from other business interests including his media company, Matthew Ashimolowo media, which creates and distributes Christian literature and documentaries.

Okotie is a former pop music star turned preacher, and when you think about it, the two professions are pretty similar. Both require presence, charisma, and performance. One day, he found God, gave up being a pop star, and founded the Household of God Church. His congregation is known to be flamboyant, as befits a former pop star. Okotie's church has 5,000 members, which much of Nigeria's celebrities, musicians and socialites amongst his congregation. He has contested (and lost) Nigerian Presidential elections three times.