By Brian Warner on June 18, 2012 in Articles › Entertainment 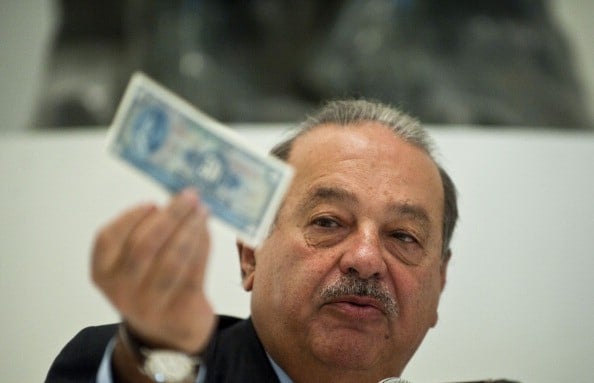 Carlos first passed Bill Gates to take the title of richest man in the world in 2010, when his $53.5 billion net worth beat Gates' $53 billion net worth by a mere $500 million. Since then, Carlos has maintained the top slot through his ever expanding conglomerate Grupo Carso. Grupo Carso has interests in a wide variety of Latin American industries including telecommunications, construction, retail, insurance, mining and many more. Carlos owns hundreds of different businesses ranging from the Mexican arm of Sears, a tobacco company, banks, telephone companies, part of an airline and even 6.4% of The New York Times! His phone company Telmex controls 90 percent of Mexican land lines and his cellular company Telcel controls 80% of Mexico's cell phone calls. Most of Carlos' major successes has come by acquiring mismanaged and crumbling state-owned companies in Mexico, then privatizing and turning them into efficient powerhouses.

Interestingly, despite having more money than anyone else on earth, Carlos Slim Helu lives in a relatively modest six bedroom house in Mexico City. He does not own a luxurious yacht, he drives himself everywhere, he wears a very basic watch and dresses in moderately priced Italian suits. He did, however, splurge recently when he purchased a $45 million for a New York City townhouse directly across from the Metropolitan Museum of Art. He also owns a $1 billion art collection including many Van Goughs, Renoirs and Rodins. Carlos Slim Helu's car is a $300,000 Bentley Continental Flying Spur. He also owns a fleet of Mercedes and various SUVs for his security. All of the vehicles are equipped with the most advanced bullet proof glass and defensive features.

Not bad for a guy with modest tastes and $68 billion in the bank. What kind of car and house would you buy if you were the richest man in the world? Let us know in the comments!