When you adjust for inflation, Jay Gould is the 21st richest person in human history. He was also, apparently, one of the most corrupt. With an inflation adjusted net worth of $71 billion and a penchant for manipulating the stock market via political "glad-handing", Gould was essentially the forefather of just about every corrupt businessman and politician today. The story of how he got away with as much as he did is almost as fascinating as the story of how he became so powerful, and his "legend" is still under debate more than 120 years after he died.

Jay Gould was born on May 27, 1836 in Roxbury, New York. The son of a businessman, he knew his career direction from an early age, and got his first job as a bookkeeper for a blacksmith while he was still in his teens. The blacksmith subsequently offered him 50% interest in the company, and he sold his portion to his father. He also enjoyed surveying, and published two books about Delaware County when he was twenty. In 1856, he launched himself as his own businessman, founding a tanning business with another local entrepreneur. He bought out his partner and formed another tannery partnership with a man named Charles Mortimer Leupp. Their business was quite successful initially. However, the company floundered during the Panic of 1857, a financial crisis precipitated by domestic over-expansion and a decline in the economy overseas. While Leupp lost his entire investment, Gould used the crash as an opportunity to buy up properties of failing partnerships at rock bottom prices. When Leupp passed away, his family, who still owned shares in the partnership, seized physical control of the tannery. Gould fought them for it, but ultimately lost and sold his stake in the company. 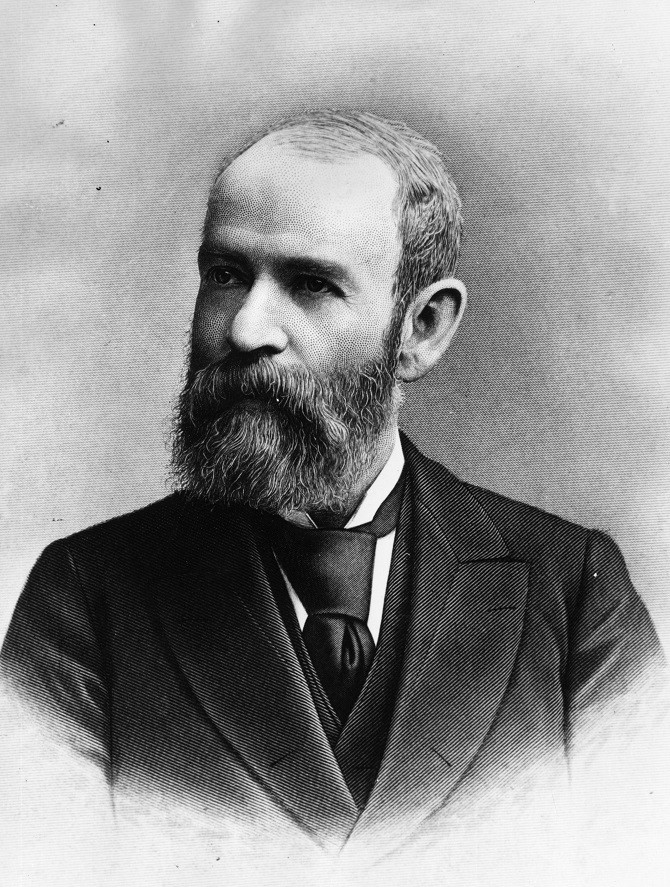 The setback didn't stop him, however. At the urging of his father-in-law, he began speculative investing. He bought stock in small railway companies, beginning with the struggling Rutland and Washington Railroad. The company was hit hard by the Panic of 1857, and Gould bought stock for 10 cents on the dollar. When the dust settled, he owned the company. The Erie Railroad fell on hard times in the late 1850s. Originally funded by Daniel Drew, the company was partially rescued by Cornelius Vanderbilt, who quietly bought up most of the railroad's shares in 1866. In a bid to wrest control back from Vanderbilt, Daniel Drew enlisted the help of Gould and James Fisk, another powerful businessman. The trio spent two years issuing illegal Erie Railroad stock, effectively watering down the railroad's stock. Cornelius Vanderbilt, unaware of their machinations, bought up the inflated shares. The end result was that Vanderbilt lost $7 million and Gould gained control of the Erie Railroad. The trio then appointed Boss Tweed as director of the company. At the time, William "Boss" Tweed was the head of Tammany Hall, and was in charge of legislation for much of New York. In return for his gig as director of the railroad, he shifted state legislation so that the illegal shares were suddenly legal. Tweed later died in jail after being locked up for fraud and embezzlement. Vanderbilt threatened to sue, so Gould eventually gave him back the $7 million he lost. He did not give back ownership of the railroad, however.

Jay Gould's mansion in Tarrytown NY is called Lyndhurst Castle. It sits on 67 acres alongside the Hudson River, half a mile south of the Tappan Zee Bridge. Jay lived in the house until his death. It was then occupied by his daughter Helen until her death in 1938. It then passed to Helen's sister Anna who maintained the residence until her death in 1961 at which point it was passed to the National Trust for Historic Preservation:

Gould and Dew then went on to cause even more Wall Street havoc. In order to secure more business for the railroad, they began purchasing as much gold as they could. Their plan was to increase the price of gold, which would in turn increase the price of wheat. As the price of wheat rose, they expected farmers to sell more wheat-based foodstuffs. These foodstuffs would have to be shipped cross-country, of course, thereby ensuring that the Erie Railroad would be busy. Using his friendships with relatives of current president, Ulysses S. Grant, Gould attempted to influence the national government to help him carry out his plan. Unfortunately, it backfired, and the premium value versus the face value of gold coins dropped from 62 percent to 35 percent. Gould ended up paying out a large sum of money in lawsuits. However, his obvious ability to influence stock market movement made him infamous.

Gould was subsequently forced out of the Erie Railroad. In his attempt to get it back, Karma reared its ugly head. He was tricked by a man posing as a wealthy European, named Lord Gordon-Gordon. Lord Gordon-Gordon, who was pretending to represent foreign investment money, convinced Gould to purchase $1 million in stock. The con man then cashed in the stock. Gould sued him, and Gordon-Gordon ran off to Canada, where he somehow managed to convince the authorities that the whole kerfuffle had been a misunderstanding. Gould and some of his friends then traveled to Canada, and kidnapped Gordon-Gordon. However, they were stopped before they could cross back in to the US. They were arrested and the Canadian authorities then refused to release them back to US authorities. Gould had friends in government in Minnesota, and the Minnesota militia, made up of 1000 men, was dispatched in a show of strength. Gould and his friends were ultimately released, but Gould's chances of regaining control of the Erie Railroad were completely obliterated.

Somehow, Gould managed to keep making money, however. In fact, after his Erie Railroad experience, he decided to launch his own railroad company. He began building a railway system out West, and by the late 1870s, he was able to buy up other smaller railroad companies. By the early 1880s, he controlled 15% of the nation's railways, which was over 10,000 miles of railroad tracks. In 1886, 200,000 workers on his railway lines went on strike. Known as the "Great Southwest Railroad Strike of 1886", Gould broke the strike through a combination of paid (often violent) strikebreakers and police cooperation. While the strike failed, it became one of the major labor events of the late 1800s, and led to the formation of the American Federation of Labor. Gould became very, very wealthy, and subsequently moved away from railroads. He became a major shareholder in Western Union and invested in the elevated railway system in New York City. He passed away in 1892, at age 56.

His life story seems almost too over-the-top to be true. From failed business relationships, to political intrigue, to kidnapping, arrest, and strikebreaking, Gould seemed to pack three or four lifetimes into one. He was often referred to as a "robber baron" by the press, and their description of him wasn't that far off. He made massive amounts of money, but he did not much seem to care who he stepped on to gain that wealth. Looking around at the current crop of politicians and businessmen, it would seem as if Gould has a number of present-day disciples.