Diddy Is The Richest Rapper On The Planet Once Again… Dr. Dre Drops To #3!!!

The top-three richest rappers blow their competitors away in terms of their incredible wealth. Diddy, Jay-Z and Dr. Dre are by far and away the richest hip-hop moguls on the planet. For many years, Diddy owned the #1 spot. In 2014, Dr. Dre grabbed the throne after he sold Beats by Dre to Apple for $3 billion. But don't count Jay-Z out. Believe it or not, Jay has seen a huge surge in his net worth thanks to music streaming service Tidal. Still, Diddy is a veteran and banks tons of cash not just from his music, but also from his Ciroq vodka brand, which has been doing quite well. So, who is the richest hip hop artist on the planet today?

Dr. Dre's current net worth is down just slightly this year from $830 million to $800 million. Dre still holds the record for the single year highest earnings. The year he sold Beats, Dre brought home an incredible $620 million. He's made some investments that have increased in value, like the 14,000-square-foot mansion he bought just days after the Beats deal was finalized. He paid $40 million for it. Thanks to the soaring real estate values in California, it is now worth 20% more than he paid. Still, Dr's other investments have slid just slightly in value in the last 12 months. Hence the drop from $830 million to $800 million. 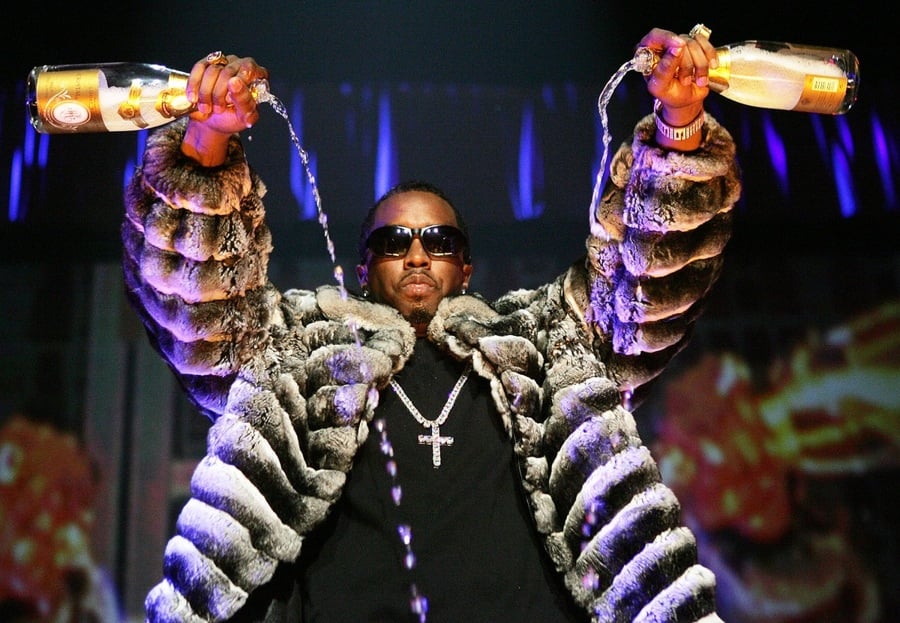 Meanwhile, Jay-Z's net worth has increased 30% in the past year thanks largely to a $200 million investment in Tidal from Sprint. The music streaming service is now valued at $600 million, which is more than 10 times what Jay bought the company for just two years ago. Jay-Z's entertainment company Roc Nation and his champagne brand Armand de Brignac also helped boost his bottom line. Jay-Z is ahead of Dr. Dre for the first time since 2014 with a net worth of $810 million, putting him just a bit closer than Dre to becoming hip hop's first billionaire.

After dominating the list of the richest hip hop stars for years, the artist formerly known as Sean Combs and Puff Daddy is once again the richest rapper on the planet. As we mentioned previously, this is a crown he lost to Dre in 2014. Diddy's net worth increased from $780 million to $820 million thanks largely to his stake in the vodka brand Ciroq. Diddy not only is paid tens of millions per year to promote the brand, he also has an equity stake based on certain valuation milestones that continues to expand his net worth.

With just $10 million separating Diddy from Jay-Z and $10 million separating Jay-Z from Dr. Dre, any one of the three could become the first billionaire hip hop artist relatively soon. And as we've seen in the last few years, just because you're on top one day, doesn't mean you'll be there forever. Who do you think will be the first billionaire rapper?