By Brian Warner on August 9, 2010 in Articles › Entertainment

So, who is the richest artist in the world? Damien Hirst, who made it onto the 2009 Rich List published by the UK's Sunday Times, was listed as having a net worth of $500 million. There have been rumors that his wealth has increased even still, now perhaps encroaching the billion mark in US dollars. Damien Hirst has beaten out several others for the title of richest artist. These other individuals include: 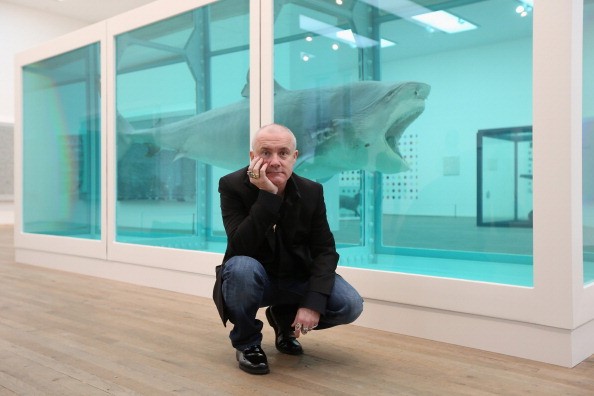 The main theme of Hirst's work is death and the exploration of a person's mortality. He also adds some focus on medical paraphernalia, which are also occasionally included in his art. His work is often macabre, such as the human skull project called "For The Love of God" in which the skull is recreated using platinum and 8,601 diamonds. His pieces are extremely popular among very rich art collectors.

Damien Hirst was born June 7, 1965 in Bristol, England. He grew up in Leeds with his mother and stepfather, who ended up leaving the family before he was a teenager. He went on to attend Goldsmith College to pursue a BA in Fine Arts, never imagining he would one day be the richest artist in the world. He graduated in 1989.

Hirst was a pioneer in his field even as just as college student. He broke a lot of unspoken rules when he chose to self-promote an exhibition called "Freeze," which included the work of him and also rough 16 of his college classmates. Its success brought forth a new school of thought regarding the self-exhibition of artwork, and is thought to be what gave rise to the "Young British Artists." This new movement was a dramatic change from previous generations of artists, as it encouraged artistic independence and self-funding. This independence gave rise to artistic independence as well, as artists no longer had to create a certain type of art in hopes of being "discovered" by governmental agencies with very traditional values. No doubt an artist like Hirst would never have thrived in such an environment.

Nature of His Work

Hirst work is anything but traditional, and in fact, he often has to explain it. He has many unique works, but he is perhaps best known for his Natural History series. This series, in which he took dead animals and presented in them in various ways to illustrate certain feelings or thoughts, was as shocking as it was thought provoking, and put him in play for a Turner Prize in 1992.

Yet because his work tends to be somber and dark, it is subject to ridicule as much as it is subject to praise. Richest artist or not, his own collectors tend to have a love-hate relationship with his work, with some pieces never even selling at auction.

Hirst has also been the recipient of disdain, particularly those who find his use of deceased animals inappropriate or disturbing. He has received disparaging letters and occasional threats regarding his Natural History series.

Through it all, however, Hirst has met wild success and thus has earned the title of the richest artist in the world.