By Paula Wilson on June 1, 2015 in Articles › Entertainment

Have you ever left the house with money in your pocket, and then returned home hours later with $0, but nothing to show for it? It's kind of a horrifying feeling. Now imagine that you had millions and millions of dollars at your disposal. This was money that had been earned by your family over generations. So much money, in fact, that at one point, your family was the richest family in the world. Then, over the course of a few more generations, your family members left the house with money in their pockets, and came back with nothing. That's basically what happened to the Vanderbilt Family. They went from insanely wealthy to just, well, basically ordinary, in the span of just a few decades. Here's how America's answer to the royal family went from riches to rags.

The Vanderbilt family's tale of fortune began with Cornelius Vanderbilt, who was born on Staten Island in 1794. He dropped out of school when he was eleven to begin working in the shipping industry. In 1810, he borrowed $100 from his mother and launched his own passenger boat business. Cornelius, also known as "Commodore," was by all accounts an ambitious, rude, and often unpleasant man, but he was also a very savvy businessman. Over the next decade, his fleet mushroomed from a single boat into a fleet of boats that challenged the far more well-established fleet owned by Robert Fulton. Fulton had long enjoyed a monopoly with regards to trade between New York and New Jersey, and Cornelius Vanderbilt ended up challenging his dominance in court. Cornelius won and his case formed the basis of Interstate Commerce law.

From there, he expanded into steamboats, and then the railroad industry. As his wealth grew, he moved his family from Staten Island to a newly built, but modest house, on Washington Place. His railroad empire, New York Central, grew by leaps and bounds. Much of the wealth came from the fact that he took a page out of Robert Fulton's book and monopolized rail service in and out of New York City. He also controlled the Hudson River Railroad line. Through strategic purchases, he came to own the Lake Shore and Michigan Southern Railway lines and Canada Southern Railroad, as well. He further solidified his power by spearheading the creation of Grand Central Station, which originally served as the final stop for all of his trains in New York City. By the mid-1800s, New York Central's tracks stretched from coast-to-coast.

When Cornelius passed away in 1877, he was worth $100 million. At the time, that was more money than was held in the US Treasury. After adjusting for inflation, his net worth was $185 billion. That makes him the third richest American of all time and the 10th richest human being of all time. 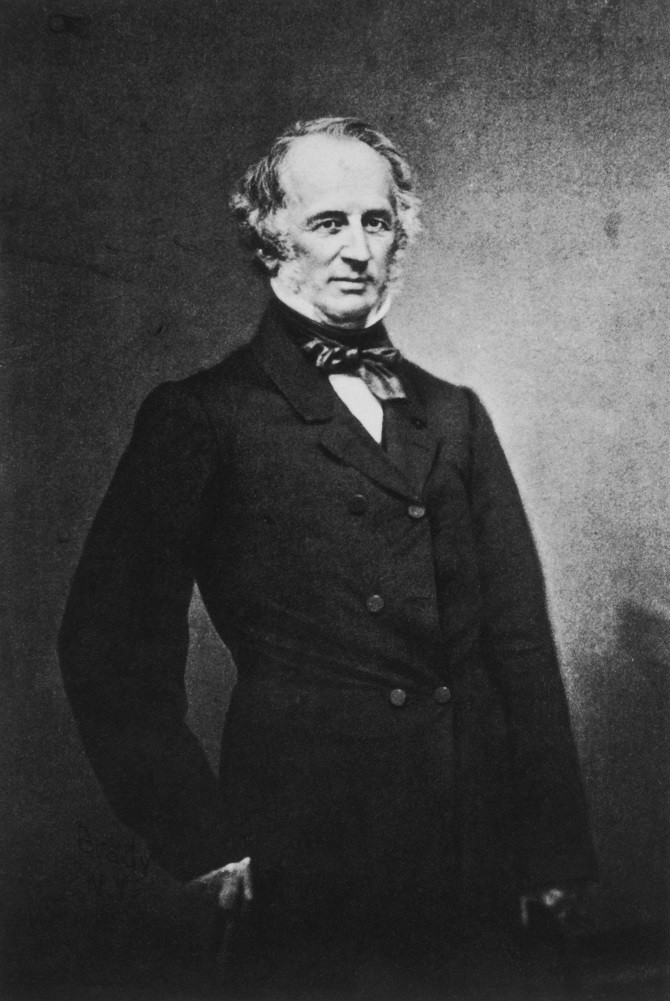 Cornelius had thirteen children, but openly expressed disappointment in all of them. He felt that they wouldn't amount to much. However, his son William (Billy), proved to have a head for business, (after recovering from a nervous breakdown, that is), and eventually took over as head of operations in the family's railroad business. When Cornelius passed away, he left 95% of his estate to William and William's four sons. The remaining $5 million was divided amongst his nine daughters and one other surviving son. His wife also received $500,000, their home, and a handful of shares in the railroad company.

True to his father's expectations, William grew the Vanderbilt fortune and empire exponentially. The Vanderbilts controlled 87% of New York Central Railroad and William doubled their fortunes to over $200 million. He built the first grandiose Vanderbilt mansion at 640 Fifth Avenue and then passed away, a mere eight years after his father.

In his will, the family fortune was divided between two of his sons, Cornelius Vanderbilt II and William Kissam Vanderbilt. Though both sons managed the family railroad business at separate times, neither one was particularly enthusiastic about the job. Cornelius II passed away in 1899. William Kissam chose to retire soon after he took the helm, so that he could focus on yachting and thoroughbred breeding and racing. He was also especially generous with regards to donating money to multiple charities. He gave away $1 million to New York City housing, and supported such institutions as Columbia University, the YMCA, and Vanderbilt University (which was founded with a $1 million endowment from Cornelius). By the time William Kissam passed away, the estate was worth half of what it was worth when it had originally passed to him.

With each successive generation, the family wealth was spread thinner as children, grandchildren, and cousins attempted to "keep up appearances" even as they emptied their ancestors' coffers. The third generation proved even less able to manage their money. With interest in railroad travel rapidly disappearing and personal tastes that were in line with a level of wealth that was quickly disappearing, the Vanderbilts were on a slippery downhill slope.

One of Cornelius' sons, George Vanderbilt, built the Biltmore Estate in Asheville, North Carolina. The Biltmore is the largest private residence in the US.

The fourth generation of the clan threw lavish parties, bought expensive art, built 10 mansions on Fifth Avenue and lived a high life that simply drained everything. With no one actively working to increase, or maintain, the family's wealth the Vanderbilts went from some of the richest people in the world, to average, very quickly.

It took Cornelius and William Vanderbilt almost 70 years to build the family fortune into one of the largest in the world. In fact, at one point, New York Central was the second-largest railroad in the US. However, by 1947, all of the Vanderbilt mansions had been torn down. Everything in the homes was auctioned off to cover debts. New York Central declared bankruptcy in 1970. The family trust fund was used until it was gone.

In 1973, 120 extended members of the Vanderbilt family gathered for a union. Not one of them was even a millionaire.

CNN anchor Anderson Cooper and his mother, Gloria Vanderbilt, are probably the most famous members of the family today. Anderson has openly admitted that neither he nor his mother inherited any money from the family "fortune."

All of that financial loss within six generations. While the Vanderbilt name has lived on, it is now more often associated with cautionary tales about financial responsibility, than it is with American ingenuity and ambition. The number of people who are born into wealth, and don't have to worry about maintaining that wealth, is surprisingly small. For most everyone else, staying rich requires some sort of work. The fact that some members of the Vanderbilt family missed that important lesson, means that they will live on as one of America's greatest "riches-to-rags" stories.