Rex Tillerson Gets Over $180 Million Retiring From Exxon, But Gives Up Millions To Become Secretary Of State

It's been a busy few weeks week for Rex Tillerson. Just a few days ago Rex was in hearings in front of the Senate Committee in order to secure a confirmation for the position of Secretary of State under President-elect Donald Trump. But trying to convince the committee that he has good ideas regarding foreign relations with Russia and Iran, climate change, and global trade isn't the only thing on his mind.

In order to take the position in the President's cabinet, Tillerson first must resign his post as CEO of ExxonMobil. In terms of time frames, it's no big deal. He was already set to retire in March when he turned 65, the company's mandatory retirement age. But in terms of finances, it's much more complicated.

To avoid conflicts of interest issues Tillerson must forgo, for the time being, his retirement package which includes over 2 million shares of company stock valued at about $182 million. That money, which would have payed out over a decade, will instead go to an independent trust for now.

As part of the agreement, that trust will not be able to invest in ExxonMobil. Also, should Tillerson return to work for any oil company during the 10-year payout period, he forfeits every penny of his retirement. At that point, it will go to a charitable organization seeking to battle poverty and disease in developing countries. Tillerson and ExxonMobil will have no say in where that money goes. 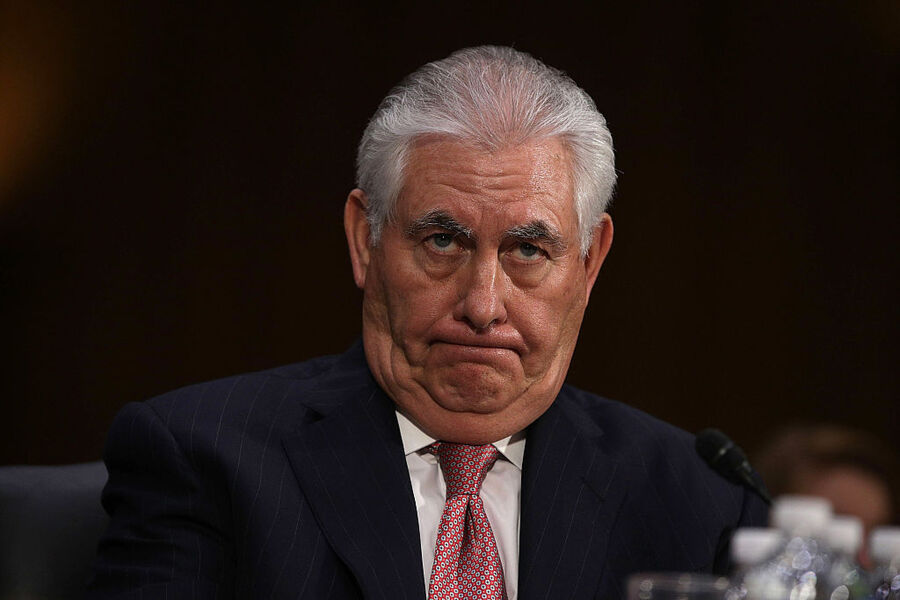 In addition, Tillerson must sell all of his privately owned shares in the oil giant, which he will then be able to re-invest in "permitted property," which is mostly mutual funds and securities. If he complies with those demands, he won't have to pay capital gains tax for the sale, which is good for him considering he owns over 600,000 shares, valued over $54 million.

Finally, if he gets confirmed and retires, he'll forgo certain bonuses and access to some unvested shares that he would have received had he worked until March. All told, he's scheduled to give up about $7 million! That's a lot to lose for retiring a couple months early!

According to Richard Painter, who was an ethics lawyer under the second Bush administration, if all of these demands are met, Tillerson should be relatively free of conflicts of interest, something he is unwilling to say about the President-elect.

"He should convince President-elect Trump to come up with a similar arrangement to divest his conflicts of interest," said Painter. He believes that this situation may actually be better than many others that happen regularly, adding, "Most public servants have no restrictions on where they can work after government … and we have to worry about them trying to help future employers."

It's good that these regulations are being put in place, as Tillerson's appointment as Secretary of State would allow him to have an enormous impact on the future business of his ex-employer. But it's hard to say if that's going to be enough for the Senate Committee, which has the power to veto the appointment.

Former ExxonMobil president Darren Woods will become the CEO and Chairman once Tillerson steps down.