By Brian Warner on March 30, 2015 in Articles › Entertainment

Yesterday we wrote a detailed history of Hollywood actors earning huge paychecks from upfront salary and back-end deals. In case you missed that article, the overall point is that Hollywood is moving away from… points. In the 90s and early 2000s, it was common for an actor to receive "gross points," a percentage of a film's revenues BEFORE costs. Thanks to a slumping box office and a disappearing DVD market, actors nowadays are lucky just to get a large paycheck. The gross points days are gone. A few very special actors might be coveted enough to negotiate "cash-break-even" points (percentage of profits after the studio has recouped costs), but typically, that deal will also come with a smaller upfront paycheck. So how exactly is the belt-tightening movie economy affecting the bank accounts of Hollywood's biggest A-List megastars??? Let's find out…

15 years ago, there were dozens of actors who could consistently command $20 million+ per movie. According to the Hollywood Reporter, today only six stars are still able to pull down a $20 million paycheck.

The six actors who are in the $20 million club today: 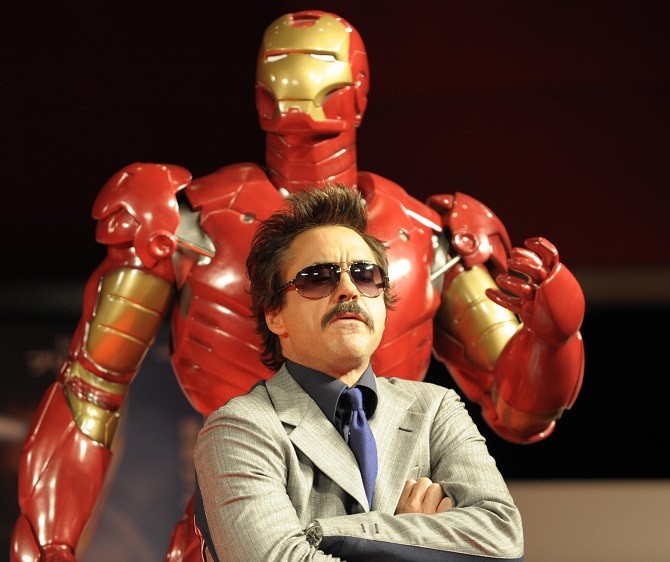 With the $25 million he earned for Wolf of Wall Street, Leonardo is the highest paid of them all. To be fair, that $25 million also included the fee he earned as a producer of the movie. Also, when the movie's budget went overboard, Leo had to temporarily forgo part of his salary until revenues started flowing in.

It should also be noted that the above stars do not earn $20 million for every movie they do. Matt Damon earned a fraction of that number to appear in The Monuments Men. Dwayne "The Rock" Johnson earns $15 million to star in a major studio film, but he earned much much less for his appearance in the franchise The Fast and the Furious. Brad Pitt typically commands $15+ million for a movie (plus a producer fee), but accepted single digit millions to appear in an upcoming Robert Zemeckis World War II drama.

Off the success of American Sniper, Bradley Cooper might earn $20 million for his next role. Channing Tatum also might be able to pull down $20 million for a single role at some point in the future.

There are likely many actors in that $8 – $10 million range.

Obviously, the above numbers are nothing to sneeze at. Being an A-list actor is still one of the highest paying jobs in the world. But 15 years ago, we would have been saying the same thing about the $20-25 million range. That's what happens when consumers stop buying DVDs and realize that their home TV and couch is a much better movie-watching experience than driving to a theater.