Remember Wendy's Founder And Pitchman Dave Thomas? We Miss His TV Commercials! What Was His Net Worth?

For decades, the charming, easy going guy who reminds us all of our dads or grandfathers, Dave Thomas, was the pitchman for Wendy's. He was the founder of the burger chain and used his clean cut and wholesome personality to talk about his business. His commercials for Wendy's were forthright and appealed to adults versus his competitors with their focus on drawing in kids to convince their parents to take them to McDonald's for a Happy Meal, etc. Thomas is the Guinness Book of World Records holder for the longest TV campaign by a company founder. He appeared in more than 800 Wendy's commercials from 1989 to just before his death.

Thomas died in 2002 at the age of 69 as a result of liver cancer. Today, Wendy's sometimes uses a cartoon image of their founder in its advertising, packaging, and branding. That was a plan set up before Thomas' death when he agreed to give the company the "entire right, title, interest, and ownership in and to the Thomas Persona." Let's take a look at how Dave Thomas grew to become the most popular pitchman in the ad business. 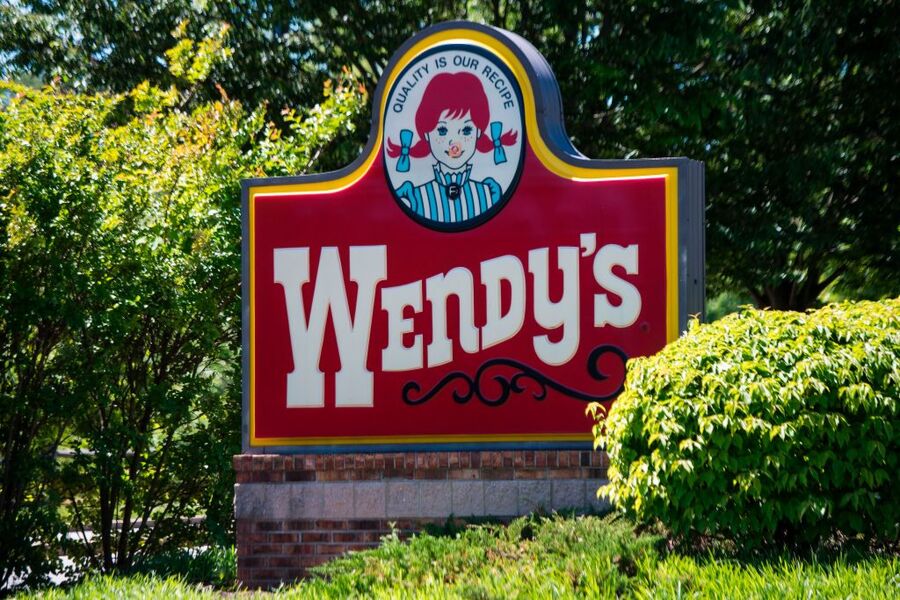 Thomas was born in Atlantic City in 1932. His mother was a young, unmarried woman that he never knew. He was adopted when he was six weeks old by Rex and Auleva Thomas. His mother died when he was five and Thomas ended up moving around the country with his adoptive father in a search of work. He also lost two stepmothers by the age of 10. He spent a chunk of his childhood in Kalamazoo, Michigan with his grandmother. Throughout his adult life, he credited his grandmother with teaching him the importance of service and treating others with respect.

Thomas got his first job at 12, in a fine dining restaurant named Regas Restaurant in Knoxville, Tennessee. When he was 13, he learned that he had been adopted. At 15, he was in Fort Wayne, Indiana and working at the Hobby House Restaurant. When his dad was ready to move again, Thomas decided to stay in Fort Wayne. He dropped out of high school to work full time at the restaurant. Thomas would eventually go on to receive his GED in 1993, in an effort to not encourage kids to drop out of high school in an attempt to emulate his success.

In 1950, Thomas volunteered to join the Army when the Korean War broke out. With his restaurant experience he was sent to Germany as a mess sergeant responsible for the daily meals of 2000 soldiers. He eventually rose to the rank of staff sergeant. He was discharged in 1953 and returned to Fort Wayne to return to his job at the Hobby House again.

In the mid-1950s Colonel Harland Sanders came to Fort Wayne looking to find people to sell Kentucky Fried Chicken franchises to. Thomas was responsible for convincing the owners of Hobby House to give KFC a go and that family ended up going on to own a bunch of KFC franchises throughout the Midwest.

Thomas worked with Sanders to make Kentucky Fried Chicken more profitable and give it brand recognition. Thomas suggested that Sanders limit the menu items offered and focus on the signature dish. Thomas also was responsible for suggesting Sanders appear in his own commercials. In the mid-1960s, the family that owned the Hobby House brought Thomas back to help them turn around four failing KFC stores in Columbus, Ohio. By 1968 he had turned them around and sold his share in them back to Sanders for more than $1.5 million ($10.7 million today, adjusted for inflation).

After claiming he couldn't find a good hamburger, Dave Thomas opened Wendy's on November 15, 1969 in Columbus, Ohio. He named the restaurant after his eight-year-old daughter Melinda Lou. She gained the nickname Wendy due to her inability to say her own name at a very young age. Wendy's started franchising in 1972 with its first franchisee in Indianapolis. That same year, the company started airing its first commercials locally advertising its quality ingredients. By 1978, the chain had 1000 restaurants.

In the late 1970s and early 1980s, sales slumped in the competitive fast food market of that era. This led to the company launching its memorable "Where's the Beef" campaign featuring octogenarian actress Clara Peller. That ad campaign, launched in January 1984, made Wendy's a viral sensation of the time. The campaign was suspended a bit more than a year later when Peller was featured in a spaghetti sauce commercial for Prego saying that she had found the beef.

Thomas resigned from day-to-day operations of Wendy's in 1982. However, in 1985, after the mishap with their ad campaign, he was convinced to come back and take an active role at Wendy's. Thomas began acting like the brand's PR man, visiting franchises and talking about his life and hardworking, down to earth life. In 1989, he began his long running role as Wendy's TV spokesman. In 1990, the brand added some humor to Thomas' TV commercials. He became a household name with his relatable, folksy manner and the campaign became more popular and better performing than the infamous "Where's the beef?" campaign.

Thomas' ads were a game changer for Wendy's. He starred in every ad for the company. During the 1990s, a  company survey found that 90% of Americans knew who Thomas was. In 2010, Wendy Thomas followed in her father's footsteps and began appearing in ads for the company in a very similar way as her dad.

His adoption led him to become a well known advocate for adoption. He founded the Dave Thomas Foundation for Adoption in 1992. The Foundation is dedicated to finding a loving family for every child in foster care waiting to get adopted. It is the only national nonprofit charity in North American dedicated to finding permanent homes for kids in foster care. Wendy Thomas serves on the foundation's board of trustees. Thomas also was integral in the creation of an employee benefits program for people who adopt. President George Bush named him a national spokesman on adoption issues.

Dave Thomas was married to his wife Lorraine for 47 years. The couple had five children. In addition to their youngest daughter Wendy, they have three other daughters and one son.

Dave Thomas had a net worth of $250 million at the time of his death.