Remember That Time Someone At The National Gallery Of Ireland Punched A Priceless Monet Painting?

By Joseph Gibson on February 26, 2017 in Articles › Entertainment

There are almost as many different ways to appreciate art as there are people doing the appreciating. Some prefer to stare at beautiful paintings until they reach an altered state of conscience, while others are studious note takers and checklist hunters. Speed viewers are also common, as are the relatively new wave of art selfie hounds. These groups may have their disagreements with one another, but they all disapprove of the form of art appreciation chosen a few years ago by Andrew Shannon, an "art lover" visiting the National Gallery in Ireland: Punching a hole in a Monet.

There are myriad reasons why you shouldn't go around punching art, whether it's valued at more than $10 million like this one was or not. But Shannon encountered a particularly pressing one in the form of the security cameras that were naturally covering the gallery, and captured his entire escapade in full. Eventually, Shannon was charged and convicted of "criminal damage" to the 1874 painting, entitled Argenteuil Basin with a Single Sailboat, and sentenced to six years in prison for his (as the presiding judge put it) "peculiar" and "abnormal" crime against art. Shannon tried to claim a heart ailment caused him to keel over and inadvertently damage the painting, but that pesky surveillance footage proved to a jury's satisfaction that this was not the case. 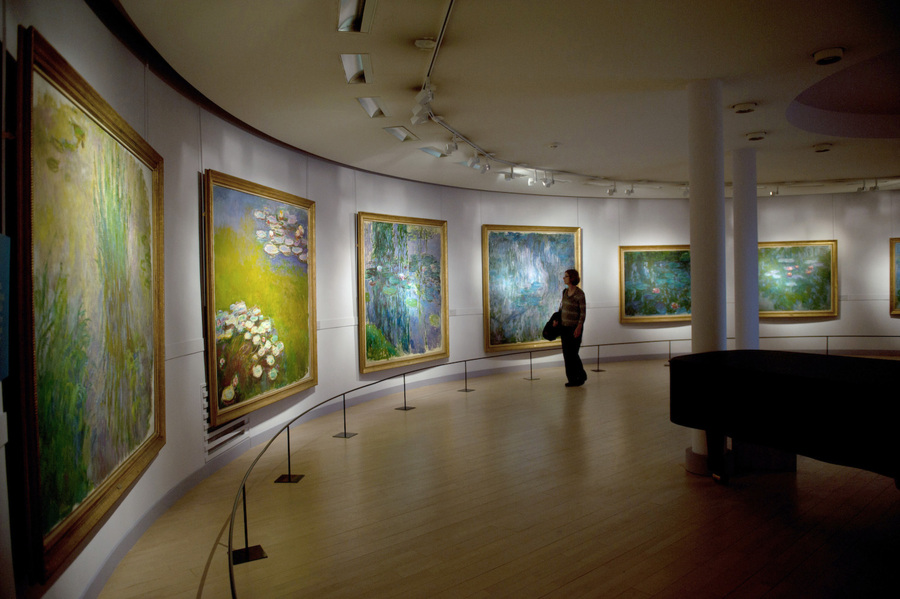 The story has a happy conclusion for art lovers too, and not just because of justice being done. You should be relieved to know that after an extensive restoration and repair process, Argenteuil Basin with a Single Sailboat was back on display in fairly short order, as if the whole thing never happened. Which just goes to add another reason not to go around punching valuable works of art: They're just going to repair it anyway.