By Simon Gerard on September 3, 2011 in Articles › Entertainment

This Batmobile is more than just a replica, it's pretty much the real thing. We're not talking the half-tank Dark Knight Batmobile or the obnoxious neon Batman Forever Batmobile.  This is the sweet 80s Corvette-style, jet-powered Batmobile driven by Michael Keaton in Tim Burton's Batman.

This project was completed earlier this year by Putsch Racing, who only made one. Putsch Racing is known for their exotic customs, along with professional racing and super car projects, so this Batmobile is legit, not just some fibreglass cover on top of a Corvette. The bodywork is made from both fiber glass and aluminum, with a steel cockpit chassis. It uses a four gear semi-automatic, sequential shifted transmission.  It has a stereo, air horn and approved turn signals, tail lights and head lights. . Like a Lamborghini, the suspension is fully controllable, letting it lower to the ground for high-speed pursuits and rise up for speed bumps at your local mall. 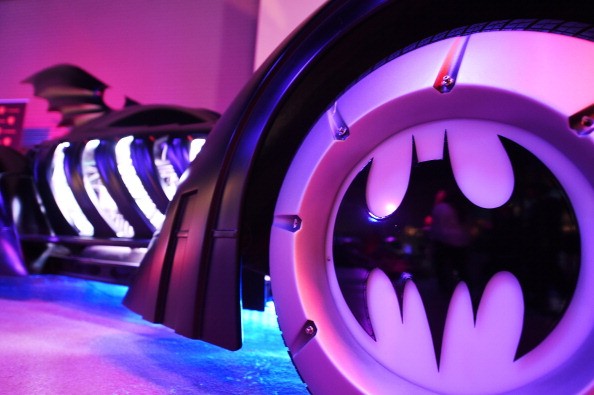 It uses a Boeing turboshaft engine that is usually installed in helicopters. This produces 365hp and is easy to use and its maintenance costs are the same as a regular car. The engine can be filled up with diesel, kerosene and even real jet fuel. Included is a racing approved on-board halon fire extinguishing system, in case the Joker gets a lucky shot with that extended Colt revolver he shoots the Batwing down in the movie. It weighs in at 2800 lbs. And is 20 feet long. Thanks to advancements since the 80s, this 2011 Batmobile uses a dash-mounted iPad to control the car, including its suspension, digital avionics and jet turbine engine. 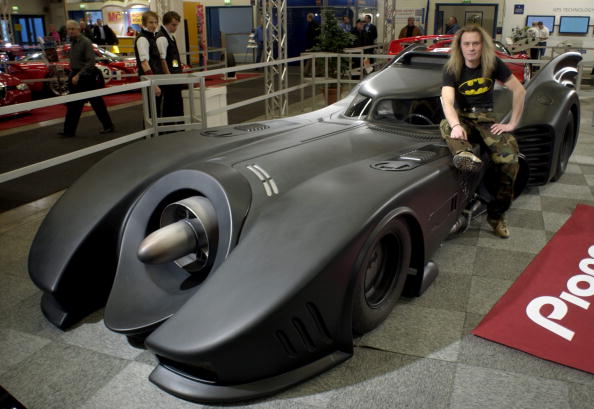 There are lots of questions circulating around this one-of-a-kind remake, so here are a few answers to some popular ones. This Batmobile drives well on both highway and city streets. The jet turbine produces a mostly treble sound (so the opposite of big sub woofers in your trunk) and sounds loud up close, but quiets quickly as it drives away from you. It only takes a few seconds for the jet turbine to spin up and drive, with no warm up needed. Also, the exhaust gas is hot, but not enough to incinerate and blow away anything behind you like you'd hope.

None of the crime fighting gadgets and accessories have been installed though, like machine guns, oil slick dispensers, grappling hooks, Kim Basinger, smoke bombs and that cool armor that would pop up to protect the whole thing. It's currently for sale on eBay for $620,000, so I'm sure whoever buys it obviously is as rich as Bruce Wayne. With a Batman fan having that kind of cash, we'll assume he'll get all the gadgets and weapons installed after.

Celebrity Net Worth trivia: Did you know that Jack Nicholson, on top of his salary, was able to negotiate a portion of the gross sales of the Batman movie and its merchandise? His role as the Joker earned him $60 million, which in 1989 was the highest earned by any actor for a single film.