By Brian Warner on September 12, 2012 in Articles › Entertainment

On Thursday September 13th, 2012, the second season of Bravo's hit reality show The Real Housewives of Miami premiers. The second season sees the departure of two original cast members and the entrance of four hot new women who are sure to stir things up! Bravo has decided to part ways with first season cast members Larsa Pippen and Cristy Rice. Larsa, who was widely considered "boring", has moved back to Chicago with her NBA star husband Scottie Pippen. Cristy Rice was allegedly cut for being "unsympathetic" and "bratty". So let's meet the new girls and see who survived the cut… 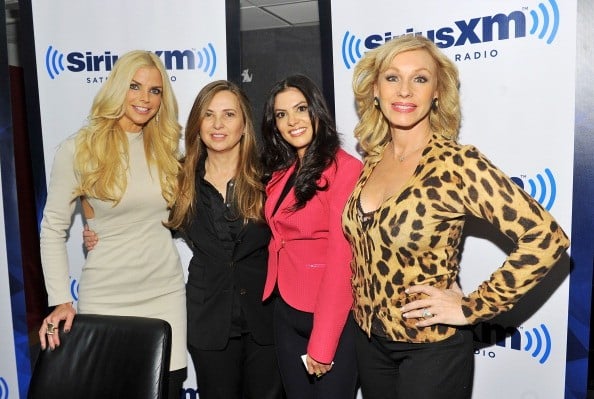 Alexia Echevarria net worth: $30 million. Alexia is married prominent Florida businessman and developer Herman Echevarria. Alexia is the executive editor of Venue Magazine and lives in the heart of South Beach.

Adriana De Moura-Sidi net worth: $10 million. Adriana is a Brazilian model, mother and art lover. She has studied are all over the world and is considered an expert in Brazilian pieces. She is currently engaged to interior designer Frederic Marq.

Lea Black net worth: $65 million. Lea Black founded and sold a very successful cosmetic company called Lea Cosmetics International. In 2010 she launched a new beauty company with Oprah's personal stylist. Lea's husband Roy Black is one of the top criminal defense lawyers in the U.S. The couple has an 11 year old son named Roy Jr and they are very active politically and with local charities.

Karent Sierra net worth: $5 Million. Karent Sierra owns a dental practice in Coral Gables Florida. Her goal with Real Housewives is to prove that there are wealthy, single, intelligent, working women out there!

Ana Quincoces net worth: $8 Million. Not only is Ana Quincoces a chef specializing in Cuban cuisine, she's also a highly respected real estate lawyer. Ana has written two Cuban cookbooks and plans to release more in the future!

Lisa Hochstein net worth: $20 Million. Lisa Hochstein is a former Playboy Playmate who is currently married to one of South Beach's most prominent plastic surgeons, Dr. Leonard Hochstein. Lisa Hochstein still has the body of a playmate but now spends her time as a caring wife who loves to travel to exotic locations like St. Tropez and Rome.

Joanna Krupa net worth: $3 Million. Joanna Krupa is a former Victoria's Secret lingerie model and magazine cover girl who has appeared in hundreds of publications. Her new husband Romain Zago is the owner of one of Miami's hottest clubs, The Mynt Lounge.

Larsa Pippen is the wife of former NBA star Scottie Pippen. Their money obviously comes from Scottie's athletic talents. During his playing career Scottie earned $109 million in salary alone, unfortunately Pippen invested very poorly and was bankrupt just a few years after retirement. He has since been able to climb out of his financial hole but is nowhere near where he once was.

Cristy Rice net worth: $35 million. Cristy is recently divorced from former NBA player Glen Rice. During his career Rice earned close to $67 million in salary and endorsements. Cristy spends her free time running a clothing store and being mom to three children.