By Amy Lamare on September 26, 2017 in Articles › Entertainment

A very rare LaFerrari Aperta supercar sold recently at a charity auction for a record $10 million. The $10 million is the most money a car from the 21st century has sold for. The auction took place at Ferrari's factory in Italy during a celebration for the company's 70th anniversary.

The Aperta sold Saturday for twice what auctioneers expected it to. There was a bidding war between at least 12 auction attendees. Sotheby's ran the auction and the buyer's identity was not revealed. The Aperta has not yet been built. The buyer saw only a digital mock-up of the sports car before committing $10 million to the purchase.

Once built, the Aperta will be painted with a one of a kind metallic red paint and two white racing strips. The interior will be black leather with red stitching. The car will be the 210th and last La Ferrari Aperta ever made. 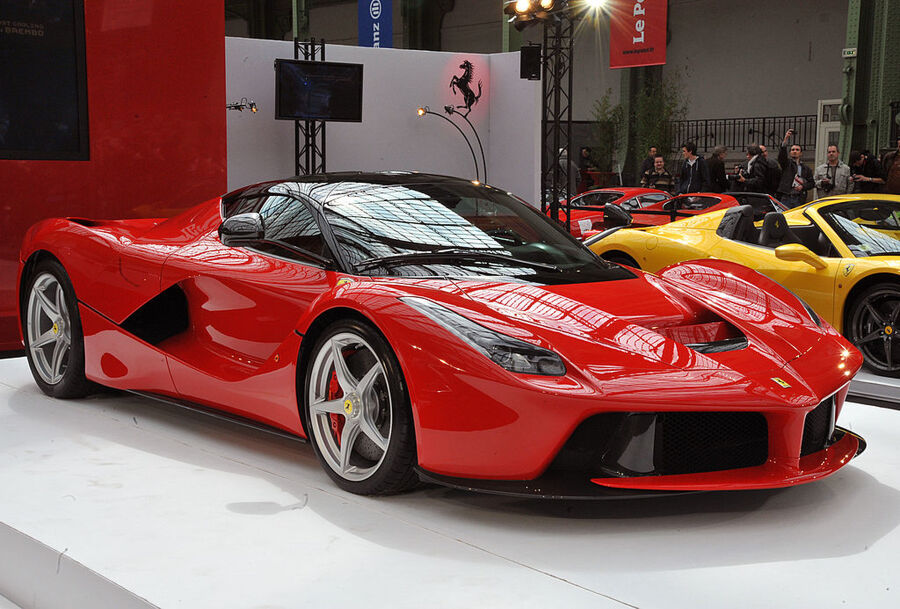 The La Ferrari Aperta is special, even amongst the rarest of super cars. From Ferrari's website:

"Ferrari's unique core values have been raised to a whole new level in the car launched to make the 70th anniversary of the foundation of the company.  Designed for Ferrari's most passionate clients, the LaFerrari Aperta is the new limited-edition special series model, and just a few examples – all of them already accounted for – of this spider version of the acclaimed LaFerrari supercar will be built."

The entire $10 million sale price will be donated to Save the Children, an international charity. The La Ferrari Aperta fetched the highest price for a car built after 2000, but auction proceeds for charity tend to be higher than normal auctions.

The limited-edition, convertible La Ferrari Aperta made its debut at the 2016 Paris Auto Show. The Aperta has a 950 horsepower powertrain, coming from a 6.3-liter V-12 with 800 horsepower that takes the driver from zero to 60 in less than three seconds. The La Ferrari Aperta has a top speed of over 217 miles-per-hour. Ferrari has not released a price for the Aperta, but for comparison the regular La Ferrari sells for more than $1.5 million.