By Amy Lamare on November 25, 2017 in Articles › Entertainment

There's been a buzz brewing in the art world all week. A very rare masterpiece was about to hit the auction floor at Christie's. The painting, called "Salvator Mundi," which is Italian for "Savior of the World" is one of less than 20 paintings by Leonardo Da Vinci that was owned by an individual rather than a museum.

The painting dates back to the early 16th century and is 26 inches tall. In the work, Jesus Christ is dressed in robes with his right hand raised in blessing. In his left hand, he holds a crystal orb. The painting sold for a record setting $450 million.

The painting's journey from Leonardo's studio in 1500 to the auction block at Christie's in Manhattan was a circuitous one. The work was owned by King Charles I of England before it disappeared until around 1900. At the time of its resurfacing, it was bought by a British art collector. However, the painting was believed to have been the work of one of Leonardo's students, rather than the legend himself. 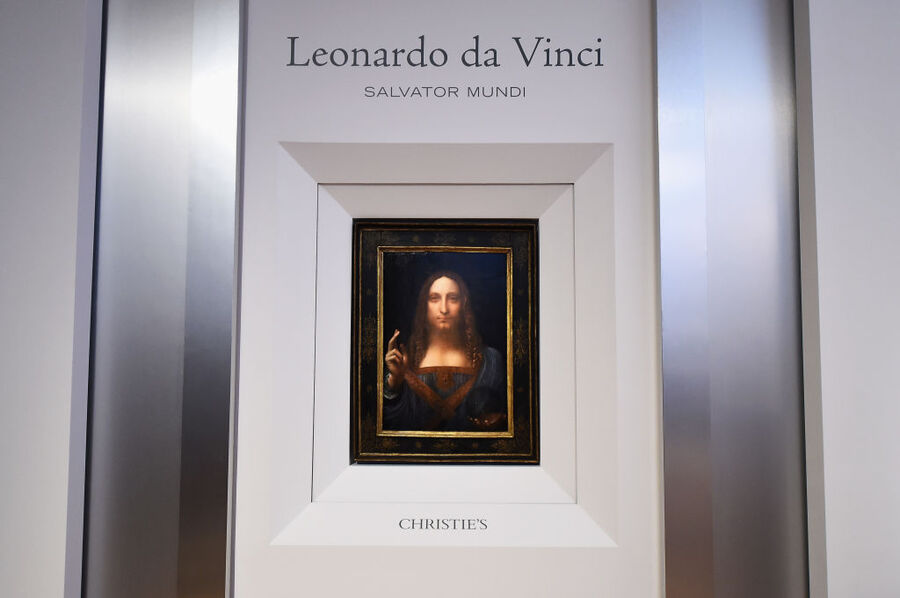 "Salvator Mundi" was sold again in 1958 and 2005. At the time of its 2005 acquisition, the painting was terribly damaged and partially painted over. It was bought by a group of art dealers who paid less than $10,000 for it. The art dealers painstakingly restored the work and had its authenticity as a painting of the actual Leonardo Da Vinci documented.

The owner selling the work was Russian billionaire Dmitry Rybolovlev. He bought it for $127.5 million in 2013 at a private sale that was the subject of a lengthy and continuing lawsuit.

Christie's divulged that while most scholars agree this painting is by Leonardo, some critics are not convinced and others think the restoration of the work makes determining whether or not it is a true Da Vinci difficult.

The auction house capitalized on the legacy of Da Vinci. The associated marketing campaign was called "The Last Da Vinci." The painting was exhibited in London, Hong Kong, San Francisco, and New York before the auction.

The $450 million sale price of the Da Vinci work sets a record. The previous highest price ever paid for a work of art at auction was $179.4 million in May 2015 for "Women of Algiers (Version O) by Picasso. That work was also auctioned by Christie's.

The highest known price for any artwork was set by Willem de Kooning's "Interchange" in September 2015. It was sold privately to hedge fund manager Ken Griffin by David Geffen.