10 Rappers Who Have Had Serious Money Problems

It's no secret that the world of hip-hop promotes an extravagant lifestyle. After all, flashier possessions can lead to more cred, business opportunities, and even more flashy possessions. The world of hip hop has generated enormous wealth for people like Diddy, Jay-Z, Russell Simmons, Dr. Dre, Birdman and 50 Cent, just to name a few. But things aren't always rosy for these superstars. A shocking number of hip-hop artists, managers and producers have blown through even more shockingly large fortunes in very short periods of time. Below are 12 rappers and hip-hop figures that have learned the hard way what happens when you ball too hard.

During a February 2013 child support hearing, Bow Wow revealed to a judge that he only had $1500 in his checking account and his monthly income was just $4000. Less than a year earlier, Bow Wow's $200,000 Bentley was repossessed and the IRS announced that the rapper owed six figures in back taxes. Shocking news considering Bow Wow was once a multi-platinum artist who starred in several hit Hollywood movies. Current net worth: $1.5 million. 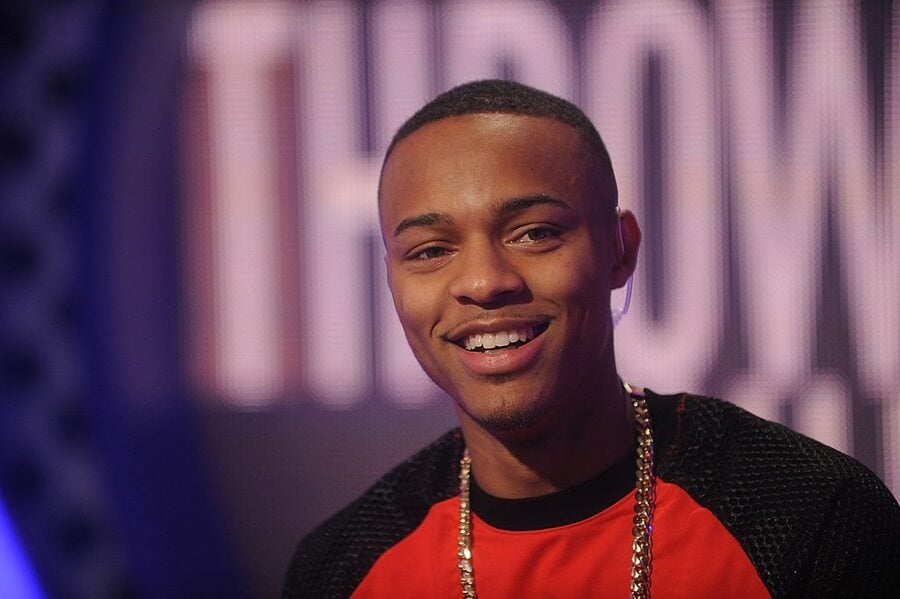 While not technically a rapper himself, as a producer, Dash has had a hand in a number of the industry's finest albums. After making over $50 million partnering with Jay-Z and forming Roc-A-Fella Records, the hip hop mogul now owes nearly $3 million in unpaid taxes, and recently admitted in court that he's "several months behind in paying" his personal bills, including $100,000 in rent on his home. As you may expect, said home comes lush with extraneous amenities—a swimming pool, full music studio, hardwood floors and an incredible view. Wonder how much debt only a modest view would eliminate?

After bursting onto the scene as the super-producer behind 90s hip-hop duo Kriss Kross, Jermaine Dupri went on to launch his own highly successful company So So Def Recordings. At his peak, JD earned more than $10 million per year and had a personal net worth of $60 million. Unfortunately, despite releasing hit albums by artists like Jagged Edge, Da Brat and ironically Bow Wow, Jermaine has struggled to keep his business affairs in line. In May 2011, JD was allegedly almost bankrupt and within an inch of losing his home and master recordings to foreclosure. He somehow owed $500 thousand in back taxes to the state of Georgia and $3 million to the IRS. As of July 2013, Dupri is supporting himself with a $5 million loan from Sun Trust bank. If he fails to make the payments on that loan, Sun Trust has the right to reposes all of JD's possessions, including his homes, cars and all of So So Def's master recordings. Apparently, Money is a Thang. 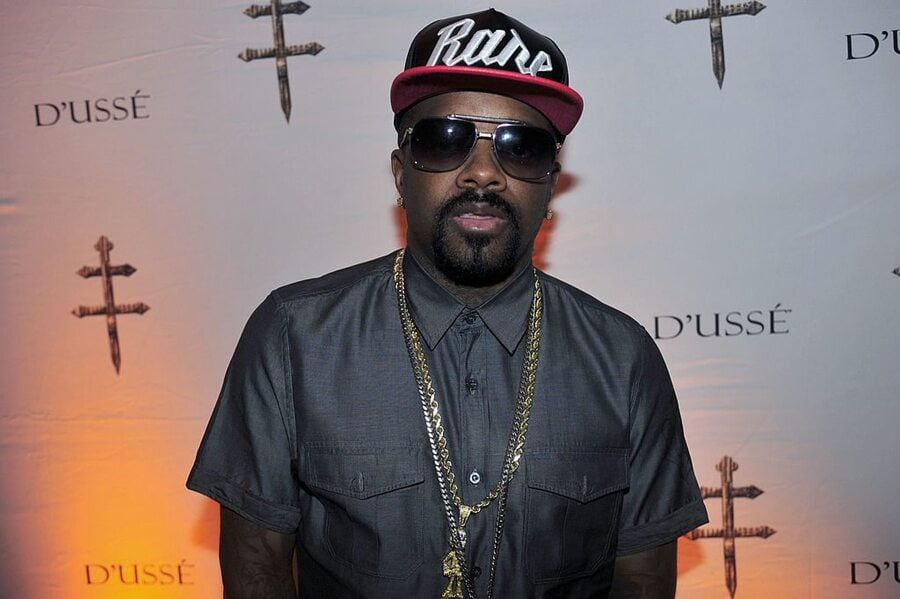 Another producer on the list, Storch saw success during the early and mid 2000s, achieving a net worth somewhere north of $70 million. How did he blow so much cash so quickly? In the most stereotypical ways possible, of course, including buying several luxury cars, excessively gold jewelry, a mansion, and a yacht he named Tiffany. Oh, and literally TONS of cocaine. It's doubtful he was thinking of the pop singer when he chose the name, but it's safe to say Storch is alone now. Current net worth: $3 thousand.

Xzibit may know all about cars, but apparently he didn't even own one himself. The former Pimp My Ride host owed nearly $1 million in back taxes as of 2010, and was leasing a 2006 Range Rover for just $2,330 a month. The biggest reason for his downfall? Pimp My Ride going off the air. Xzibit earned nearly $500,000 a year from the show, and when it ended, the lavish spending continued—without the income to support it.

Alas, "Take it to Da House" did not apply to Trick providing money to the IRS—the southern rapper has avoided paying taxes over the course of several years since 2002, and owes nearly $157,000 to the government. His Miami home was foreclosed in 2010, making it all the more difficult for him to rep the 3-0-5.

He went from asking "What's Luv?" to "What's tax?" The rapper received four months of jail time for failing to pay taxes up to $700,000 in 2007 and 2008. He essentially pleaded ignorance, saying "You gotta understand we hire guys who are supposed to have Harvard degrees to take care of us." There's a lesson in Fat Joe's misfortune: don't completely leave your finances in someone else's hands. Even if they have a fancy college degree.

The former member of G-Unit was kicked out of the group back in 2008, and to say things have been tough since then is a bit of an understatement. The IRS raided the rapper's home to help pay for an outstanding tax debt of $334,000, he was targeted in a drive-by shooting, and in April 2012 he received an 18-month prison sentence for gun possession. At the end of July a public auction was held at his estate, with goodies like a soda machine, a 50 Cent plaque and numerous watches being sold. Current net worth: Negative $300 thousand.

Proving that reckless abandon for paying the government isn't limited to just men, Lil' Kim has failed to file over $1 million in taxes since 2002. Furthering the issue, she put her plans to release a new album on hold in favor of supporting her probable beau Floyd Mayweather during his prison sentence for domestic battery. Priorities, people.

Beanie Sigel clearly knows how to pay taxes, since he filed a $10,000 payment in 2001. But for the other years spanning from 1999-2005, he neglected to do so, and now owes the IRS over $728,000 in back taxes. Sigel swears that he lived a modest lifestyle, but friends took advantage of his wealth and lived it up on his behalf. Whatever the case may be, he's currently serving a 24-month prison sentence for tax evasion. And there's no dodging that. Current net worth: $100 thousand.

The Houston rapper owed more than $123,000 in four different child support cases. Scarface said he had, in fact, paid the money, but since he didn't do so through a proper court of law, there was no real evidence of him paying. Thus, Scarface spent 10 months behind bars before being released in mid-2011. He's currently working on a solo album and warned all fathers to send anything child support-related through the courts; otherwise "you not gonna get no credit for it." Current net worth: Negative $500 thousand.

On the bright side, some of these cautionary tales can have positive endings. In Method Man's case, when things looked their bleakest, it turns out all he needed was a little chronic. Or, rather, to stop smoking it for awhile. When repo men came to take some of the rapper's valuables, he didn't panic—it wasn't due to lack of finances that he neglected to pay the roughly $52,000 he owed in taxes, but instead a fondness for pot. "Because I got high, I forgot to pay. It was stupid. I'm an idiot for that," Meth said. Somewhere, Afroman is smiling. 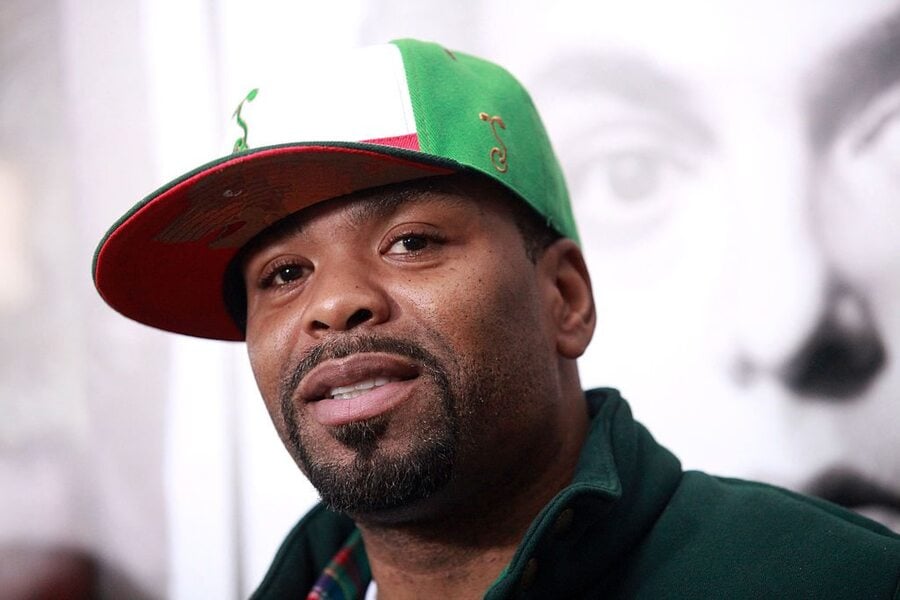 Method Man / Astrid Stawiarz/Getty Images
Did we make a mistake?
Submit a correction suggestion and help us fix it!
Submit a Correction