Rags To Riches: How Harold Simmons Rose From Wretched Poverty To $10 Billion Tycoon

He was called Dallas' Most Evil Genius for amassing a vast fortune without anyone knowing. We could all learn a lot from Harold Simmons, whose net worth was $10 billion by the time he died in 2013, at the age of 82. People say that right up until his death he was scheming ways to make his next billion dollars. Simmons was an entrepreneur, bold, and outspoken. Simmons came from very humble beginnings and grew up without basic necessities we all take for granted. Yet, for all of the billions he would make in his lifetime, Simmons did not then go out and live a luxurious lifestyle. He kept it simple and kept on working and increasing his fortune until the day he died. Harold Simmons is a true rags to riches story.

Harold Clark Simmons was born on May 13, 1931, in the very rural town of Golden, Texas to Baptist parents Reuben and Fairess. His parents were both teachers, yet the family lived in a hovel that had no plumbing or electricity. He grew up in such poverty and simplicity that it never occurred to him that he could one day be rich. His childhood was spent surviving the harsh conditions in which he lived. Yet his parents were teachers, and Simmons turned to education to lift him out of the life he'd been born into. He spent more time with his schoolbooks than with other children. He graduated Phi Beta Kappa from the University of Texas in 1951 with a BA, and in 1952 with a MA in Economics.

In 1960, using his savings of $5,000 and a $95,000 loan, he bought University Pharmacy, a small drugstore located across the street from Southern Methodist University. He expanded his drugstore into a chain of 100 stores over the next 12 years and eventually sold them for $50 million. This sale launched his career as an investor as he used the proceeds of the sale to begin speculation in financial services. By 1974, Simmons had been indicted for and acquitted of wire and mail fraud, and was named in a lawsuit brought against him by the United Auto Workers over their pension fund.

All of this was experience to build on for Simmons. He went on to acquire a series of banks using the philosophy of all debt and no equity. He understood that banks in particular, could be bought entirely with borrowed money. So he decided to go out and buy a bunch of banks, since one bank could be used to finance the purchase of another. You can start to see how he got the nickname Dallas' Most Evil Genius now. 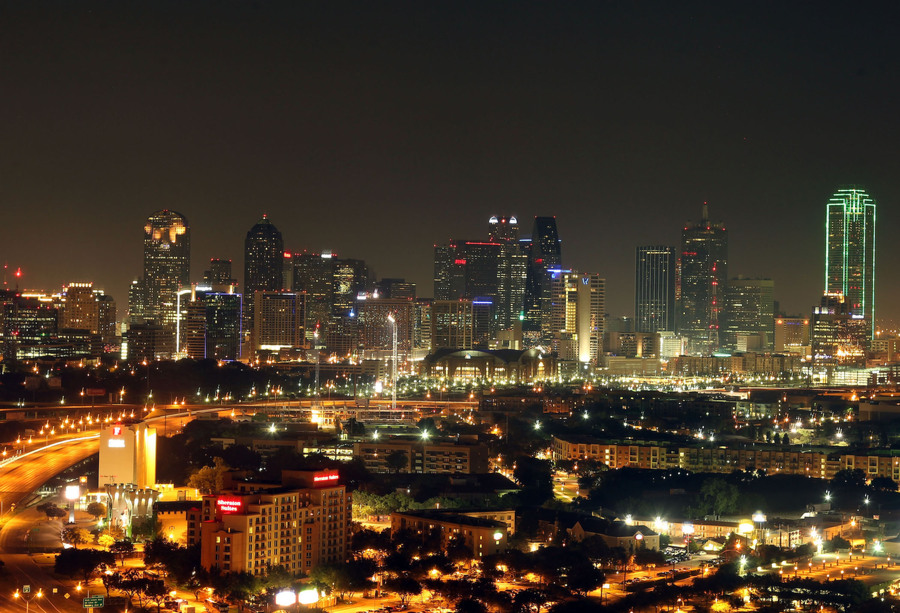 Simmons then began the practice of leveraged buyouts by attempting to take over the Lockheed Corporation, quietly acquiring nearly 20 percent of the company's stock. Simmons wanted to control Lockheed because one of its primary investors was the California Public Employees' Retirement System (CalPERS), the pension fund of the state of California. At the time, CalPERS was over-financed by more than $1.4 billion and it was thought that Simmons would want to liquidate the plan and pay out the excess funds to shareholders, namely himself. Simmons began acquiring Lockheed stock in early 1989, after deep cuts by the Pentagon to the defense budget had driven down the stock prices of military contractors. His ultimately unsuccessful takeover of Lockheed was considered a sneak attack–no one saw it coming because he was also trying to gain control of Georgia Gulf.

The list of companies Simmons controlled at one point or another is lengthy. They include Amalgamated Sugar, McDermott International, and Muse Air as well as Contran Corporation (a family trust whose sole trustee was Simmons), Dallas-based Valhi, Inc. (a publicly traded, more than $2 billion company, which was Simmons' principal investment arm). In 1988, for instance, Valhi earned $85.9 million. In 2008, it earned $4.3 billion with a $10 million payout to Simmons. Contran and Valhi combined have $7 billion in assets. Over the years, Simmons controlled five companies traded on the New York Stock Exchange. Then in 1997, Simmons made a paltry $5 million investment in T. Boone Pickens, Jr.'s first fund–BP Capital Energy Commodity Fund. By 2005, that investment was worth $150 million. Simmons believed he was a corporate builder because he developed and built the companies he acquired before he sold them.

In August 1997, President Bill Clinton used a line item veto to draw attention to investors, including Simmons, who had been getting special benefits to avoid paying capital gains taxes since the early 1980s. Simmons had formed the Snake River Cooperative of 2,000 beet farmers and classified it as a joint-venture co-op and used that to purchase the Amalgamated Sugar Company for $260 million. Simmons received a $104 million tax deferral as a result of that deal and the special benefits to which President Clinton called attention.

Over the years, Simmons, for all his leveraged buyouts and corporate raiding, became a significant philanthropist as well. He has given away more than $300 million including a $20 million endowment at SMU and $50 million to establish a cancer center at UT Southwestern Medical Center. He has been a significant contributor to the Dallas Civic Opera since 1973. He also gave significant funds to medical research, particularly arthritis–from which he suffered–as well as to education initiatives. By the time of his death, Simmons had an accumulated net worth of $10 billion and had given away more than half his wealth, leaving just over $3 billion when he died.

Simmons passed away in December 2013, at the age of 82. He was married three times and has four children. His methods may have been suspect, he was not always liked, and he was reclusive. But Harold Simmons rose from childhood poverty, in a house with no electricity or plumbing, to become a very wealthy man. Whether you agree with how he went about it or not, his life history is undoubtedly a rags to riches story.