Rags To Riches: How Li-Ka Shing Went From Factory Worker To The Richest Person In Asia

By Amy Lamare on November 18, 2013 in Articles › Entertainment

When Li Ka-Shing was just 14 years old, his father died of tuberculosis. In order to earn money for his family, Li was forced to abandon school and take a job at a plastics factory. The family was so poor that Le actually had to sell his dead father's clothes for cash to pay for food. While most of his piers attended school or played games, Li labored away for 16 hours a day making plastic watchbands. Sounds terrible, right? Well if it makes you feel any better, today Li Ka-Shing is the richest person in Asia with a personal net worth of $30 billion. In fact, thanks to some extremely shrewd investments, he has been a billionaire for over a quarter of a century! Li Ka-Shing's rise to obscene levels of wealth and power is a truly inspirational rags to riches story. 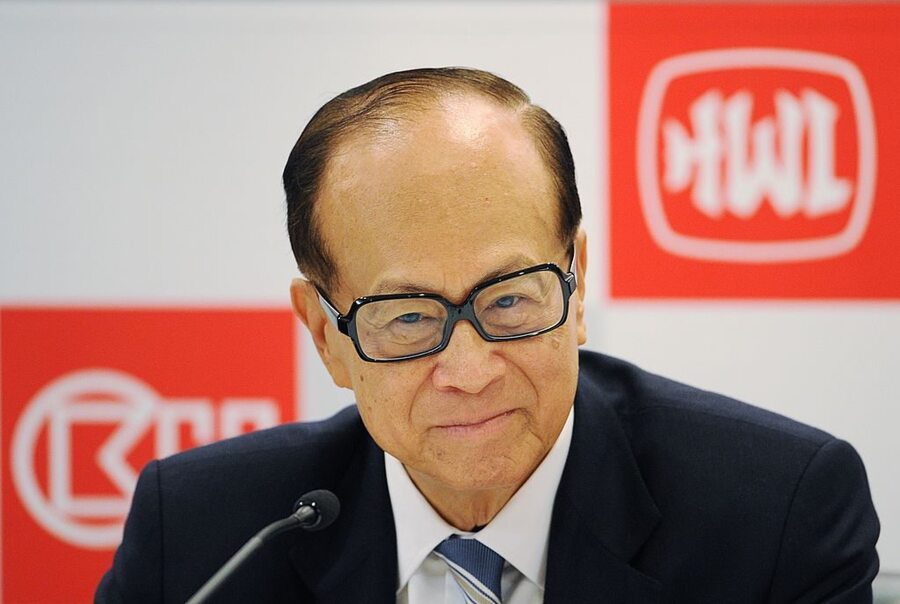 Li Ka-Shing was born on June 13, 1928 in Chaozhou, Guangdong, China. While Li was in elementary school, it was a common occurrence for the Japanese to drop bombs on Chaozhu, so his family took refuge in Hong Kong. Li's father was a school principal, but tragically succumbed to tuberculosis shortly after the family arrived and settled in their new adopted home country.

Li was also infected with tuberculosis. The isolation during this recovery, coupled with such extreme poverty and feelings of helplessness, had a deep impact on Li Ka-Shing. Dealing with a war, the loss of a parent, severe illness, and poverty all before the age of 15, instilled a lifelong drive to succeed beyond into the future tycoon.

As we mentioned earlier, Li was forced to quit school at the age of 15 to work as an apprentice in a factory that made plastic watch straps. By the time we was 14, he had a full time job in a plastics trading company and was a big help in supporting his family. In 1950, at the age of 22, Li quit his job to start his own company that made plastic toys. The company soon changed shifted plans and instead began producing plastic flowers because he heard how popular they were in Italy. It was Li's first savvy business decision. He named this company Cheung Kong. Fast forward to the present and Cheung Kong is one of the largest real estate investment companies in the world.

Around this same time, Li began buying apartment buildings and factories throughout Hong Kong with every extra penny he manged to save. Because this was a period of severe social unrest marked by Maoist-led riots and bombings, Li often able to purchase real estate at steep discounts. By the time the market recovered from the social instability, Li started to make a killing. In 1979 he became the first Chinese citizen to acquire a controlling stake in an old British trading house, Hutchison Whampoa. Because Hutchison Whampoa had been struggling for years, Li shrewdly convinced Hongkong & Shanghai Bank (HSBC) to sell him their 22% stake in the company for less than half the book value. Hutchison Whampoa owned shipyards, docks, vast parcels of retail space and much more, mainly throughout Hong Kong. Over the next decade, Li managed to successfully turn Hutchison Whampoa around and expand its empire throughout the world. Today, Hutchison Whampoa is one of the most valuable companies in the world with annual revenues of over $50 billion. 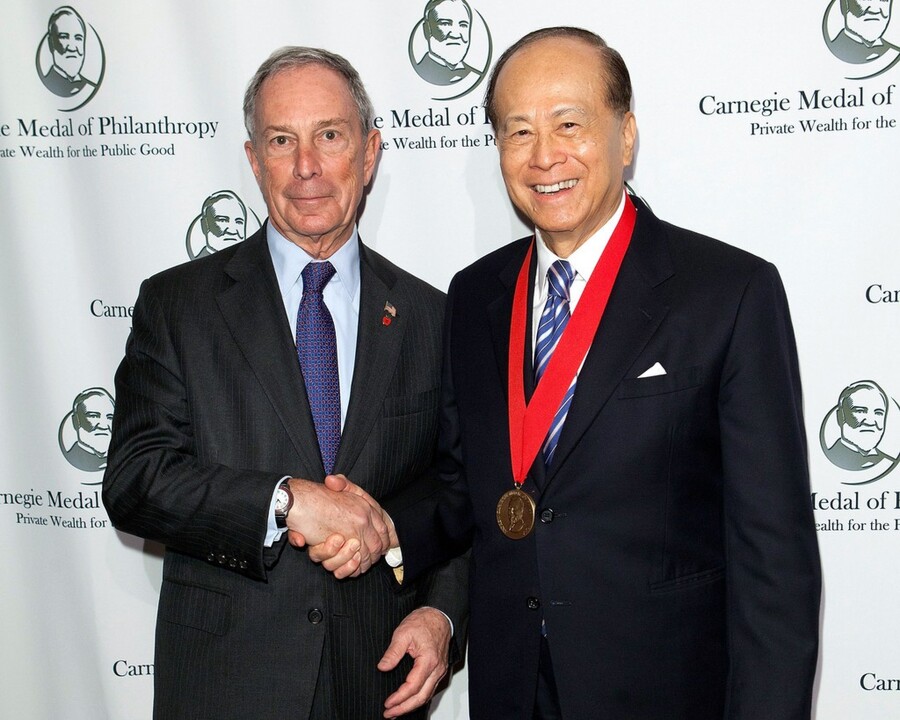 Fun fact: Li's office at the top of Cheung Kong Center in central Hong Kong has a private pool and one of the fastest elevators in the world. You can ascend 70 stories in less than 45 seconds.

By 1987, Li had transformed himself from factory worker to full fledged billionaire. That same year, Li and his partners paid $500 million to acquire roughly half of Husky Oil, a Canadian company that consistently lost money and had been through many restructurings and mergers. The timing of this acquisition could not have been any more perfect. At the time of the purchase, a barrel of oil traded for roughly $10. Over the next thirty years, a single barrel rose from $10, to $30, to $50 to an all time high of $140. Today, a single barrel of oil sells for $93 which helps Husky Energy generate over $25 billion a year in revenue. Li still has a stake in the company which is worth over $8 billion on its own.

Throughout his life, Li continued to invest in real estate and a diverse range of other industries. Li's companies handle 70% of Hong Kong's port traffic, have huge stakes in the electric companies and mobile phone services—in a way, you could say he controls Hong Kong from the top of his tower. But beyond real estate, Li Ka-Shing has shown an uncanny perception for the tech-world. The octogenarian took about five minutes in late 2007 to decide to invest $120 million in Facebook. Keep in mind that back in 2007, Facebook barely made any money. It had only recently opened up to membership beyond college students, and Myspace had just proven to be a disastrous investment for Rupert Murdoch's Newscorp. Today, that 0.8% stake in Facebook is worth $900 million.

Li also invested in Skype in 2005 when it was losing money. A year later, eBay paid $2.5 billion for it. Li also backed Siri, which, as we all know was bought by Apple in 2010. Li is also invested millions of dollars into Spotify, Waze and HzO. Oh and by the way, after he invested in Spotify, he reportedly told the company Spotify needed to be in his car. This was 2009, long before Spotify had a mobile app. Li's technology investments display a particular brilliance with understand not just where the tech world is, but where it is going. He believes in technology that is a game changer. Things like Facebook, Waze, Siri, etc. His investments have been so savvy, that people began referring to Li-Ka Shing as "Superman". He is even frequently depicted as so in newspapers and magazines:

But Li still invests in more traditional business as well. In fact in 2010, Li Ka-Shing's Cheung Kong made its biggest acquisition to date when it bought U.K. Power Networks for $9.1 billion. This means that Li now supplies about eight million Brits with power. In 2011, Li bought Northumbrian Water, which ferries clean drinking water to 4.5 million people in England and provides sewerage services to another 2.7 million.

Basically, wherever you look, Li Ka-Shing is there in some way. Or so it seems. When Li's tech investments don't pan out, he personally takes the financial hit. When the tech investments hit a windfall, he puts the profits into his Li Ka-Shing Foundation, which he refers to as his third son. The foundation has donated more than $1.6 billion, mostly to education. He has given $690 million to create Shantou University. He donated $40 million to Berkeley for a new biomedical research facility.

At 83, he is still quite a force to be reckoned with. Every day, Li practices golf for 90 minutes and by lunchtime he has typically read through every single major international newspaper from back to front. He wakes up each morning at 5am and lives in the same home he bought more than 50 years ago. Li-Ka Shing is press shy and rarely grants interviews but his wealth is legendary in Hong Kong, and globally. He has two sons, and his eldest, Victor is the heir apparent. His younger son Richard runs his own telecom business. Li's wife died of a heart attack in 1990 when she was 56-years old. He never remarried.

Today, thanks largely to his majority stakes in Cheung Kong, Hutchison Whampoa and various other investment, Li-Ka Shing is worth $30 billion. That's far and away enough to make him the richest person in Asia and the 18th richest person in the world! Not bad for a former dirt poor factory worker!