By Amy Lamare on March 4, 2016 in Articles › Entertainment

Scott Tucker is a racecar driver with a $100 million fleet of luxury cars and a private jet. WOW. He must have a heck of a successful racing career. Well, not so much. It turns out that Tucker financed his jet set lifestyle not from race winnings, but from a $2 billion payday loan scam that charged more 700% interest on small loans. He's been arrested by the FBI and faces charges of conspiracy, collection of unlawful debts, and understatement of interest rates to consumers. How did this happen? How did a racecar driver who did fairly well at Le Mans turn to scamming low income people to fund his lifestyle?

Tucker started his racing career at age 44 in 2006. In 2010, he placed 10th in the hardcore 24-hour race in Le Mans, France. He created the Level 5 racing team and hired a number of professional drivers to race under that banner, however, Tucker frequently raced the fleet of Ferraris himself.

Prior to opening the loan scam, Tucker worked in private equity, investing in fields including hotels, restaurants, real estate, internet startups, financial services, energy and automotive. When he started his racing career, he was also the chairman for Westfund, a private equity firm. So, basically, Tucker knew his way around the financial industry. 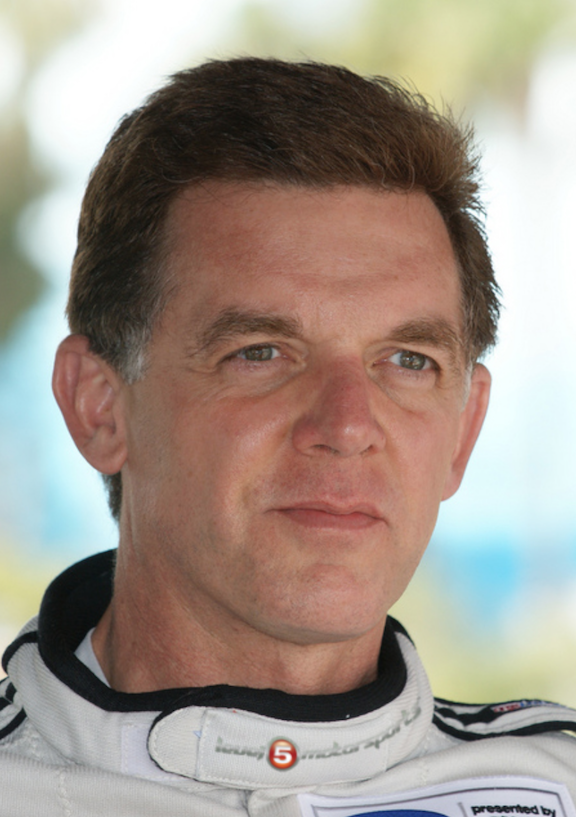 Federal prosecutors say that Tucker's payday loan firm scammed its 4.5 million customers specifically so that the racecar driver could finance his fleet of sports cars and his private jet! Authorities have seized $2 billion in cash and assets, including an $8 million home in Aspen, six Ferraris, four Porsches, and a Learjet 60. They have also frozen the bank accounts that he and his wife Kim control. Timothy Muir is identified as Tucker's legal counsel and has also been charged under all the same counts.

Tucker Payday Lenders offered small, short-term, high interest, unsecured loans. The case against Tucker and Muir alleges that the duo "systematically exploited over four and a half million working people throughout the United States who were struggling to pay basic living expenses, including for food and housing. Tucker and Muir, through the Tucker Payday Lenders, extended loans to these individuals at usurious interest rates as high as 700 percent or more using deceptive and misleading communications."

If you think that is despicable, just wait, it gets worse. Prosecutors are claiming that Tucker specifically targeted Native American tribes to set up sham business arrangements so that he could take advantage of the tribal sovereign immunity the tribes are entitled to. He used Native Americans to protect himself from legal repercussions because he knew what he was doing was wrong. Tucker is also charged with unlawfully using money from bank accounts controlled by the tribes for his own personal expenses.

Between 2003 and 2012, Tucker Payday Lenders generated revenue of more than $2 million. Scott Tucker personally reaped hundreds of millions of dollars in profits during the same time period. With those proceeds, Tucker funded more than $100 million in luxury homes, his private jet, his fleet of sports cars, and jewelry, as well as the expenses of his professional racing team.

Borrowers with Tucker Payday Loans signed documents that said if they took out a $500 loan, they would be expected to repay $650 in total. However, that was not the case. The indictment against Tucker and Muir claims that the company charged an annual interest rate of 782.14% on their loans. Tucker structured the repayment of the loans so that borrowers, many of whom were down on their luck or had bad credit already, were forced to repay way more money than they originally anticipated.

While borrowers were told that they would repay $650 on a $500 loan, in actuality, they repaid $1,925 on the loan, $1,425 of that in interest, because of the way Tucker structured the payments. It would take 14 months to pay off the initial loan of $500 with Tucker's company. How is this possible?

Well, according to the indictment:

"Tucker Payday Lenders automatically withdrew the entire interest payment on the loan but left the principal balance untouched so that, on the borrower's next payday, they could again automatically withdraw an amount equaling the entire interest payment due (and already paid) on the loan. With Tucker's approval, the Tucker Payday Lenders proceeded automatically to withdraw such "finance charges" payday after payday (typically every two weeks), applying none of the money toward repayment of principal, until at least the fifth payday, when they began to withdraw an additional $50 per payday to apply to the principal balance of the loan."

Droves of borrowers complained to the company, consumer protection groups, and regulators when they realized how grossly misled they were about the real cost of the loans. This practice by Tucker caused many accounts to incur negative balances and forced low income customers to pay additional fees and charges as a result. In short, the interest rate charged by Tucker Payday Loans was usurious and damaging to the company's borrowers, putting them in a never ending cycle of needing another payday loan to pay off the previous payday loan. Tucker took advantage of low income people, Native American tribes, and those with poor credit ratings, netting hundreds of millions of dollars in profit for his crimes, and he knew exactly what he was doing.