You'll Get Goosebumps When You Find Out How Much Money Money R.L. Stine Has Earned From His Children's Book Empire

By Paula Wilson on October 15, 2015 in Articles › Entertainment

Before there was Stephanie Meyer of Twilight fame;  J.K. Rowling of Harry Potter fame; or Suzanne Collins of Hunger Games fame, there was R. L. Stine of the Goosebumps series.  If your child is of a certain age, odds are they've read at least one of the "Goosebumps" books, or watched the television series. Launched in 1992, R. L. Stine has since written 203 books in the "Goosebumps" series.  It's not his only popular book series, but it is the one that has had the most noticeable impact. It's a level of impact that has only been achieved by the aforementioned authors. Unlike the others, however, Stine shows no signs of slowing down. Today his Goosebumps empire includes several spin-off series, merchandise, TV shows, video games, a clothing line, a theme park ride and a feature film that is opening in theaters nationwide on October 17, 2015. For his efforts, Stine has earned an astounding amount of money and his empire shows no signs of slowing down anytime soon.  What is his secret?  It has a whole lot to do with fear…

R.L. Stine was born on October 8, 1943 in Columbus, Ohio and discovered his love of writing early. After finding a typewriter in his attic when he was 9, he began spending his free time typing his own stories and joke books. He continued to expand on his love of writing and literature throughout his school years, and then went on to college at Ohio State University. At Ohio State, he served as the editor of "The Sundial," a humor magazine published at OSU. He graduated with a degree in English and then relocated to New York City to pursue a full-time writing career.

In 1975, he began writing as Jovial Bob Stine, and created a humor magazine that was geared towards teenage readers. The magazine, called, "Bananas," was published by Scholastic Press, and over the course of nine years, 72 issues were released. Scholastic also published various book versions of the magazine and "Yearbooks." Stine wrote the majority of the material in the magazine and edited the work of guest writers and artists. In 1986, he decided to shift his focus from humor writing to horror. His first novel was called, "Blind Date." It was successful enough that he continued to write other horror novels throughout the late 80s, including "The Babysitter"and "Hit and Run." In addition to writing, he began working in the film and television industry. He co-created, and served as Head Writer, for the popular Nick Jr., series, "Eureeka's Castle." The show's original run was from 1989 to 1995.

His years of publishing for teenagers proved that there was a huge market of avid teenage readers looking for literature devoted to them. He came up with the idea of a teenage horror book series. He named it "Fear Street," and published the first book in the series,"The New Girl," in 1989. He went on to publish "Fear Street" books steadily from 1989 to 1999. He resurrected the series in 2005 with a 3-part miniseries, and is planning to begin writing new "Fear Street" books beginning in October 2014.  The series, which follows a group of teenagers as they investigate murders and paranormal activities in their hometown, became immensely popular, and more than 80 million copies of the books have been sold. 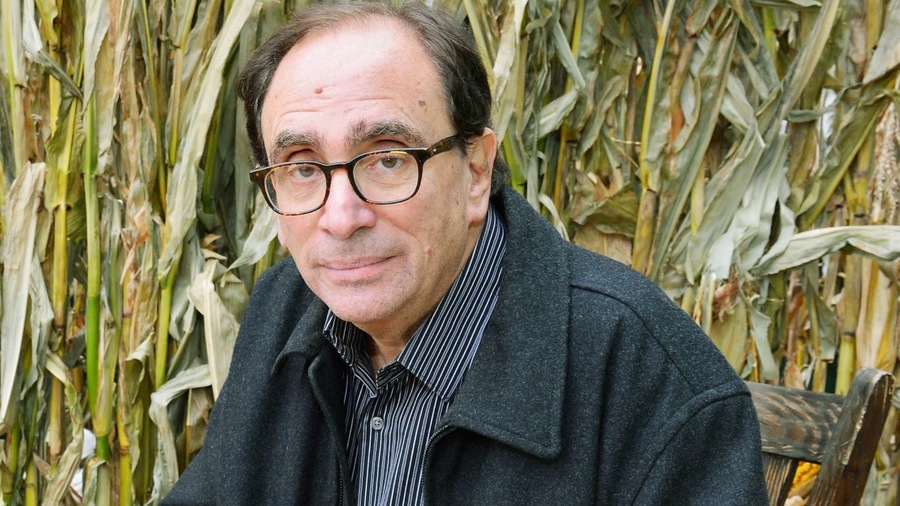 With the success of "Fear Street," Stine began to wonder if a lighter version of the books, featuring younger protagonists and a little less blood and gore, could be as popular. In 1992, he put his idea to the test, and published the first book in his "Goosebumps" series, "Welcome to the Dead House." He was originally contracted by Scholastic to write only six books, but the first title was successful right out of the gate. Six books subsequently mushroomed to 62 books in the first series. Additional series have since been added, including "Goosebumps Series 2000," "Give Yourself Goosebumps," "Tales to Give You Goosebumps," "Goosebumps Horrorland," and "Goosebumps Most Wanted," as well as several super trilogies, and the occasional stand-alone book.

Each book features a different child in a setting that is unfamiliar to them. Maybe the child has moved to a new town or has recently changed schools. Whatever the new situation, the protagonist stumbles into surreal and often scary situations. The books are known for their "twist" endings, and for the fact that, even though the books are categorized as "horror," none of the characters ever die. To date, 350 million copies of "Goosebumps" books have been sold. The books have been translated into 32 languages, and "Goosebumps" related merchandise has become a lucrative industry. There are two boardgames and three video games based on "Goosebumps" books, as well as an entire range of clothing, bike helmets, fake blood, skulls, and other Halloween-inspired products, and even underwear. There are "Goosebumps"-inspired amusement park rides at SeaWorld in San Antonio and San Diego, and at Busch Gardens in Williamsburg, Virginia and Tampa, Florida.  A popular "Goosebumps" television series aired in 100 countries for four seasons beginning in 1995. It aired on Fox in the US and was the #1 ranked children's show in the United States for three of its four seasons. With the success of the television show, talks began for a feature film version.  After multiple script rewrites and changes of director, a "Goosebumps"-inspired film, starring Jack Black, is set for release in August 2015.

All of this success has made R. L. Stine a multi-award winning author, and a very wealthy man. He was the bestselling author in the United States for three years in a row in the 90s. At the peak of his popularity, Stine consistently earned over $40 million EVERY YEAR. Today his total net worth sits at an impressive $200 million. As of this writing, the Goosebumps franchise has generated over $2 billion in retail sales.

Over the years, he has won the 2002 Champion of Reading Award from the Free Public Library of Philadelphia; the Disney Adventures Kids' Choice Award for Best Book-Mystery/Horror three times; the Nickelodeon Kids' Choice Award three times; and he holds the Guinness Book of World Records spot as the "Best-Selling Children's Book Series Author of All Time," surpassing even J.K. Rowling. (Though she holds the record for the best-selling book series of all time.) It's made him one of the richest people in America, and earned him a spot on the Forbes list of the "40 Best Paid Entertainers" in 1996. However, he doesn't just sit on his money. He teaches writing workshops regularly. He tries to read and answer all of his fan mail. During the height of his popularity he was receiving 2000 letters a day. He is also known for contacting parents, school administrators, or other responsible adults, in the rare instances in which he receives disturbing letters from his young fans. Teachers and child development professionals regularly cite his books as an excellent way to get children interested in reading. Interestingly, his writing process begins with the book's title, and then he expands from there. He categorizes himself as a "fearful" child growing up, and often writes from his own recollections of what scared him.

In addition to the "Fear Street" and "Goosebumps" books, he has also written three other series, and a string of science-fiction and joke books. His books have become so popular, that Scholastic and Parachute Press, the original publishing partnership that helped launched the series, ended up suing each other for the rights. The case dragged on from 1997 to 2003, with Scholastic receiving the rights for $9.65 million. You'd think that with all of his massive popularity, the success would go to his head. It hasn't. He's still the man who set out to write joke books way back in the 60s. That, coupled with the fact that his son won't touch the books with a ten-foot pole, have combined to make one of the United States' most prolific and successful authors, one of its most unassuming, as well.