Quincy Jones is suing the estate of Michael Jackson for $30 million in unpaid royalties. The trial is currently underway in Los Angeles Superior Court. Attorney Mike McKool said that Jones had received the royalties for producing Jacko's three biggest albums "Off the Wall," "Thriller," and "Bad," right up until the signer's death in 2009. Once Jackson's estate took over, that all changed.

After the King of Pop died, there was an increased interest in his music. His estate saw an increase in royalties from his songs as a result. However, once the estate took over, Jones never saw any royalty payments. In fact, he wasn't even aware of the additional royalties until he filed this lawsuit in 2013.

Jones also claims that he is owed money on his share of profits from the concert documentary "This Is It," which was released after Michael Jackson died. Jackson's original recordings were used in the film, which entitled Jones to his share of his licensing fee. The film grossed more than $500 million. Of that, Jackson's estate took $90 million. Jones received just $455,000. 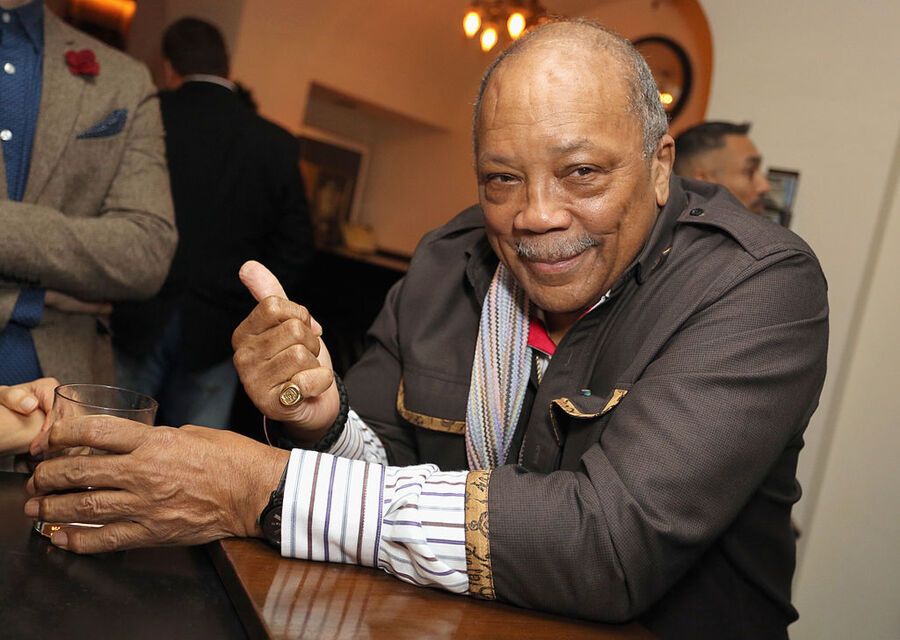 Zia Modabber, he attorney for Jackson's estate began his opening argument by asserting that Jones has been paid in full for work producing Jackson's albums—both before and after Jackson's death.

"We believe the evidence will show that Mr. Jones is not entitled to anything but a fraction of the money he's after. Mr. Jones has been paid over $18 million, and he will make millions more."

Modabber concluded his opening argument by reasserting that Jones was paid in full and is not owed any more money.

"He didn't get paid any of the money Michael was going to get because he didn't do any of the work. Mr. Jones is asking for tens and tens of millions of dollars. He just wants it and he hopes you will give it to him."

Michael Jackson's longtime attorney John Branca is the co-executor of the late pop star's estate. He was the first witness in the trial and he testified that the estate had offered Jones $2 million to $3 million to settle the case. This is what Branca believes Jones is owed.

Jones contract for "This Is It," specified his work on a "videoshow." Branca and McKool argued over the definition of this. Branca claims it meant videos and not "This Is It," or the Michael Jackson themed Cirque du Soliel show.

The trial is ongoing and is expect to last roughly three weeks. Jones is expected to testify this week.