By Amy Lamare on August 31, 2016 in Articles › Entertainment

The things some people will do for fame!! Julia Stakhiva is a 23-year-old "socialite" with a wardrobe she claims cost $2.6 million. She claims her father is a billionaire and she lives a jet set lifestyle where she flies from London to Moscow just to get her hair cut. She flaunts her lifestyle on the British TV show "Rich Kids of Instagram." It's reality TV, so it MUST be true, right? 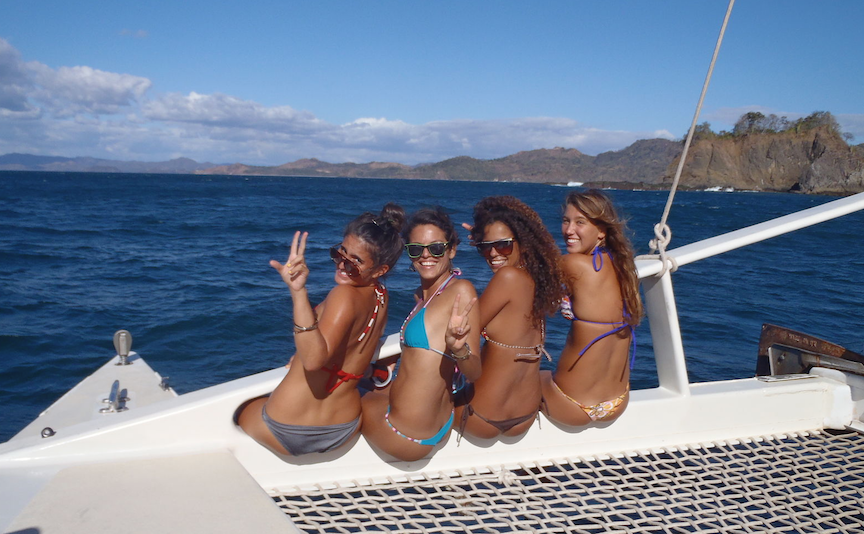 On the show, the Ukrainian blonde is seen posing in her luxurious bedroom in the wealthy Kensington area of London. She brags about having spent nearly $240,000 on cosmetic surgeries to make herself more beautiful, including $39,000 a year on lip and facial fillers. She is 23 years old – I just want to point that out, again.

On the show "Rich Kids of Instagram" she is known for her catch phrases including "Anyone can be rich, but not everyone can be beautiful," and "I'm not suitable for an office job because of how well I dress and how educated I am." Stakhiva's Instagram account is chock full of pictures of her shopping sprees and jet set lifestyle.

Imagine the surprise then, when the daughter-in-law of the owner of the house Stakhiva claims is her own, saw her tenant lounging on her mother-in-law's bed bed, stroking the mother-in-law's cat, and talking about how fabulously rich and beautiful she is. But that is exactly what happened. It turns out that the college senior rents a $2,600 a month room that she found on the website spareroom.co.uk. The owner was furious when she saw her home in a photo shoot and on the "Rich Kids of Instagram" show.

Stakhiva had rented the room on a short-term basis. Apparently, according to Marina Hyde, the home owner's daughter-in-law:

"Until just a few weeks ago, Julia rented a room in my mother-in-law's flat. And via that classic billionaire accommodation hook-up, spareroom.co.uk. Indeed, it was interesting to discover that during a holiday absence the owner, Julia had invited the cameras into the property, told some whoppers in order to sign the release forms, and used it to form the backdrop to her Rich Kids shenanigans. Various photo shoots also seem to have taken place. It is hard to pick a standout, but for me it's probably edged by the snap of her reclining on my mother-in-law's bed, stroking the latter's cat in a casually proprietorial fashion."

Stakhiva claims that she rented the room for a short time, as a place to store her vast wardrobe. She didn't ACTUALLY live there, or so she would like everyone to believe.

Julia Stakhiva has been evicted from her rental room. Footage of that home has been edited out of the show. Whatever is a poor little rich girl who is too beautiful to work to do?

Somehow I doubt too many people are feeling all that sorry for Stakhiva.