By Brian Warner on December 3, 2014 in Articles › Entertainment

I'm not a big sports fan, but I absolutely love all of the ESPN "30 for 30" documentaries. If you haven't seen the one about "The Two Escobars", stop what you're doing and go watch it right now. It's available on Netflix streaming and it's incredible. Pretty much all of the episodes are great and, even better, they're all available on Netflix streaming within a few weeks of airing. One of the earliest episodes, "The U", documented the racial and cultural evolution of the University of Miami football team in the 80s and 90s. Again, I don't care at all about college football, but I still really enjoyed this 30 for 30. On Saturday December 13th, ESPN is airing an appropriately titled sequel, "The U Part 2". A large part of this new episode will focus on the actions of a Florida booster named Nevin Shapiro. Who is Nevin Shapiro? Oh just your average billion dollar ponzi schemer by day… Prostitute/abortion buying college football fan by night…

Nevin Shapiro was born on April 13, 1969 in Brooklyn, New York. After his parents divorced, Nevin and his single-mother moved from Brooklyn to Miami. He graduated from Miami Beach Senior High School in 1986. One of his classmates was future Rush Hour director Brett Ratner. As a kid growing up in Miami, Nevin was obsessed with the Hurricanes football team. He attended many games with his step-father Richard Armand Adam. His step-father would have a big influence on Nevin's future, in a number of important ways. First off, Richard moved Nevin and his mom to a much nicer neighborhood called Lighthouse Point. Richard also bought two yachts thanks to his successful real estate loan company RAA International.

Despite being obsessed with the Hurricanes football team and Miami in general, Nevin's family forced him to go to the University of South Florida in Tampa, a much cheaper public school compared to the private University of Miami.

Unfortunately, Nevin's time at USF did not end well. In 1990, when he was a senior, Nevin was expelled after he allegedly cold-cocked a student referee during an intramural flag football game. The 5-6 Shapiro apparently took the intramural games very seriously and even had custom jerseys made up for his teammates. After being arrested for misdemeanor battery, Nevin was given probation and community service. He never returned to USF. Ironically, he was just a few credits short of getting a degree in criminology. 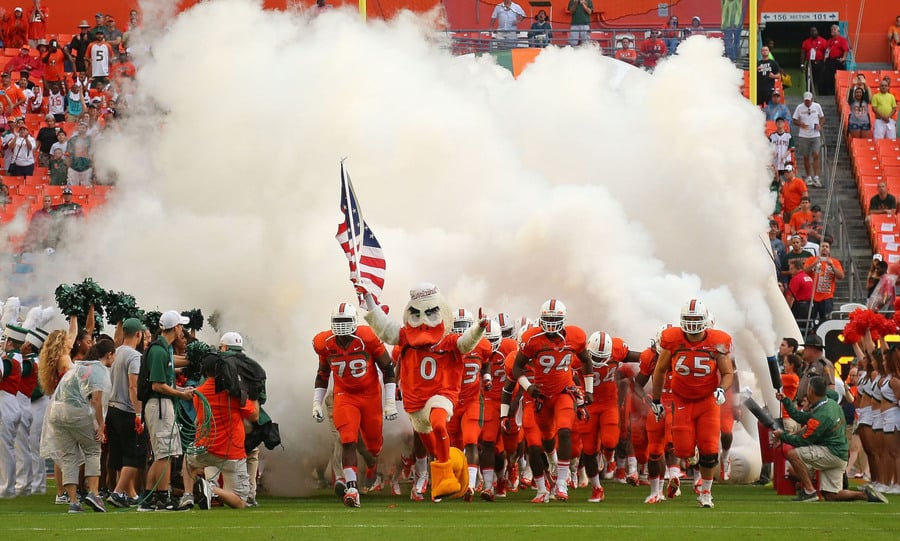 Not much is known about what Nevin did during the 1990s after getting expelled from school. We do know a little something about what his step-father was up to though. In 1997, Richard Armand Adam was arrested in Canada on charges of business fraud. Richard was eventually convicted of stealing $6 million in fees on loans that never existed. Richard subsequently served six years in various Canadian prisons.

In 1998, Nevin started a firm called Nevco Trading. In 1999, Nevco Trading shut down after it was sued by the state of New Jersey for failing to fulfill contract obligations.

In 2000, Nevin started the company that would make him a Miami hotshot and future convicted felon. Capital Investments USA supposedly bought wholesale groceries, and flipped them in more expensive markets for a profit. It was revealed in court documents many years later that Nevin never actually re-sold any of the groceries. But somehow he managed to purchase a seemingly-successful life.

In 2001, Nevin paid $12,000 to become an official booster for the University of Miami. After Miami won the national championship in 2001, Shapiro attended an awards banquet where he gave several players gifts that included Miami Heat NBA tickets and big screen TVs. This was his first little taste of impropriety with college athletes.

Somehow Nevin appeared successful enough such that in 2003 he convinced a Chicago real estate tycoon, an investment banker from New Jersey and a Florida real estate baron to invest millions into Capital Investments USA. Not only that, the three new investors began funneling their rich friends straight into the hands of Nevin Shapiro. It didn't hurt that Nevin was paying the three men a 10% finder's fee for every new investor they referred, and that Capital Investments USA was promising 10-26% returns EVERY MONTH.

Party In The City Where The Heat Is On

With money flowing in like sunshine on a Miami Beach, Nevin started to live the high life. His bar tabs at South Beach clubs and bars were legendary. He thought nothing of spending $20,000, $30,000 or more on a single night out on the town. Years later, court documents would reveal that he was spending $25,000 every weekend gambling on college football. Between 2005 and 2009 alone, he lost an estimated $5 million gambling on sports. He even allowed a girlfriend he had only known briefly to rack up $116,000 worth of credit card debt shopping for clothes and jewelry. He spent $100,000 a year for Miami Heat floor seats.

In 2005, Nevin purchased an $8 million water-front mansion in Miami that came with a $50,000 per month mortgage. Also in 2005, Nevin donated $150,000 to the University of Miami (a school he did not attend) to have the new student lounge named in his honor. Through his generosity and partying, He became friends with famous athletes like Shaquille O'Neal, Kevin Garnett and Dwyane Wade. He bought a yacht. He gave out diamond-encrusted jewelry just for fun to people he barely knew. 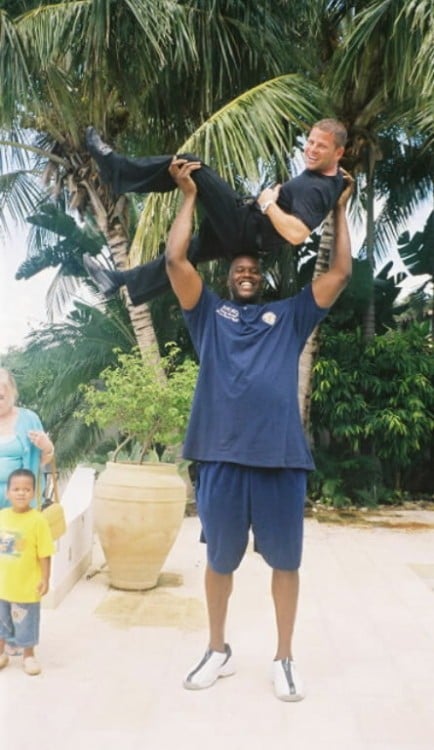 The cardinal rule of being a college sports booster is that you cannot give the athletes anything of value. Shapiro did not adhere to these restrictions. According to court documents, between 2002 and 2010, he spent over $2 million on gifts for Miami's football and basketball programs. In return, the team invited Nevin to all of its VIP events. They even allowed him to fly with the team plane coming back from away games. They even allowed him to lead the team out of the home tunnel. TWICE.

Miami's self-anointed "chief recruiter" was the walking talking embodiment of NCAA violations. Nevin showered players with gifts, both big and small. He gave out cash, he helped players get out trouble with the police, he bought toys, loaned cars, gave away his court side seats.

But those weren't even the most egregious violations. On several occasions, Nevin threw parties on his yacht for the football players. In order to really boost the player's morale, Nevin made sure the yacht parties were always well-stocked with alcohol, food and prostitutes. Yup that's right, on more than a few occasions, Nevin held wild sex parties with the players on his yacht. And at least one of these yacht sex parties reportedly resulted in one of the girls getting pregnant by one of the players. Nevin ultimately paid for the girl to have an abortion.

As you might have guessed by now, Capital Investments USA was nothing more than a big ponzi scheme. In order to keep up with his promises of "10-26% monthly returns", Nevin was using new money coming in, to cover his obligations. This required a constant stream of new money.

Just like the Ponzi scheme of Bernie Madoff, Nevin Shapiro's world started to unravel after the world economy tanked in late 2008. It suddenly became much more difficult to attract new investors. New investors were also no longer biting at the too-good-to-be-true promise of 10-26% monthly returns. In mid-2009, Nevin Shapiro stopped making payments to investors. In November 2009, one of those original three investors sued Nevin and forced him into involuntary bankruptcy. Pretty soon, more than 60 former investors followed suit, literally.

In April 2010, Nevin was charged with securities fraud and money laundering. In total, the FBI claimed that Nevin orchestrated a $930 million Ponzi scheme. They also showed how Nevin used approximately $38 million worth of client money on personal expenses between 2005 and 2009. Nevin pled guilty in September 2010 and is currently serving 20 years in federal prison.

As a result of Nevin Shapiro's actions, in August 2011, Miami declared 12 members of its football program ineligible to continue playing until they made restitution for the gifts they had received. Not sure you pay restitution on a blow job from a yacht party prostitute. In total the 12 players ended up paying $4000 worth of restitution.

That didn't exactly calm Miami's thundering critics. Amid mounting pressure that included many people calling for the NCAA to give Miami the dreaded death penalty, in November 2011, the school announced it was voluntarily withdrawing from the 2011 football season. They also voluntarily withdrew from the 2012 postseason.

In October 2013, the NCAA imposed that it was putting the entire football program on probation for three years. The program would also lose 9 scholarship spots over three seasons. Several current and former coaches were also temporarily suspended from NCAA games.