Despite the stereotype that most Americans are pretty sedentary, sporting goods is actually a massive business. Every year, Americans spend more than $50 billion on equipment, footwear, and apparel. And of that $50 billion, around $6 billion is spent at Dick's Sporting Goods. Since being founded in 1948, Dick's stores today frequently take up more than 80,000 square feet and are stocked with more than 25,000 items. From a day at the beach, to a youth soccer game, to a weekend hunting trip…Dick's has you covered. The company started out as a small regional family business, but today is a massive nation-wide success story. Even during one the worst recessions of all time, Dick's Sporting Goods not only managed to survive, but it thrived. In the process, company Chairman and CEO Ed Stack has earned a $1.4 billion personal fortune.

Ed Stack's father Dick, founded Dick's Sporting Goods in 1948 with a $300 loan from his grandmother (Ed's great grandmother). Dick was 18-years old at the time. He started out in a rented storefront as a small bait and tackle fishing supply store in Binghampton, New York. In the mid-1950s, Dick expanded beyond fishing gear into general sports merchandise. In the early 1960s, he moved to a larger location and renamed the store "Dick's Sporting Goods". He opened a second store in the 1970s, and moved the original into yet another larger space.

Dick Stack retired in 1984 and his then 29-year old son Ed, took over as Chairman and CEO. Ed joined the family business in 1977, shortly after graduating with an accounting degree from St. John Fisher College in Rochester New York. The younger Stack quickly worked his way up the company ladder. It took him just seven years to become CEO. Before becoming CEO, Ed spent time working as a store clerk, merchandise manager, store manager, and eventually company President. 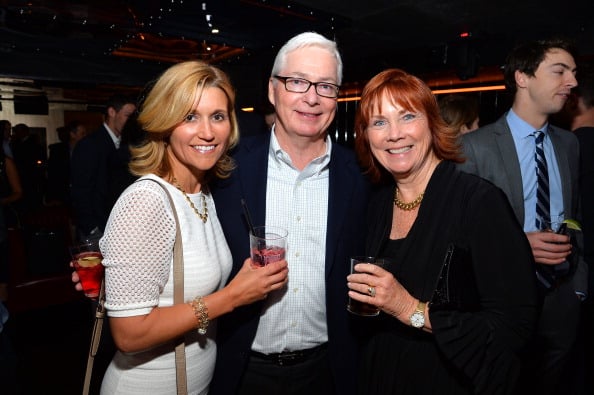 At that time, Dick's was still a regional, two-store operation. Ed Stack made it his mission to take the business to a new level. Starting in the early 1990s, Ed Stack began to aggressively expand Dick's Sporting Goods. He opened several more stores across Upstate New York and then in 1994, moved the company headquarters from Binghampton to Pittsburgh.

It's hard not to root for Stack and Dick's Sporting Goods. After all, the family has made a fortune off selling basketballs, baseball bats, mitts, soccer balls and every other kind of sporting equipment a kid could want. That's just plain, good, old fashioned fun. The fact that the chain held steady through the 2008 recession while other big box retailers failed, is a sign of Stack's business savvy. He took over a two-store operation in 1984 and turned it into an empire that today has 500 locations in 44 states, as well as 81 Dick's Sporting Goods owned Golf Galaxy stores in 30 states. Oh, and Dick's is also international with a sourcing headquarters in Hong Kong.

Dick's Sporting Goods takes a slightly different approach to business compared to most sporting goods retailers. Dick's aims to cater to both the serious sports enthusiast and the amateur. Dick's has something for everyone. Furthermore, Dick's 'stores within the store' cater to whatever sport is in season (both nationally and regionally) and compete with both specialty golf and running stores.

Ed didn't always helm Dick's with such calm. There was a time when he nearly lost it all. It was a classic case of expanding too much too soon. In Ed's first 10 years as CEO, the company grew to 40 stores, moved its headquarters to Pittsburgh, and planned for a much wider national expansion. This quickly burned through the company's resources, forcing Ed to go to banks and basically beg for a bailout. Ever since, Ed adds new stores at a much slower rate.

Ed Stack played high school baseball and football and these days runs, is an expert skier, and has a golf handicap of 4.8 – making him a natural to run the business his father started. Stack's goal is to grow Dick's Sporting Goods to a place where the brand resonates with consumers and athletes the same way Nike does. So far, that goal is slowly starting to take shape. Today, the company employs more than 18,000 people, but still has the feeling of a family business. Ed Stack took the company public in 2002. After the first day of trading, the company had a market cap of $1.6 billion. Today the company has a market cap of $6.5 billion and since Ed still owns 15% of the available shares, his net worth is $1.4 billion.