By Joseph Gibson on July 12, 2018 in Articles › Entertainment

It's not news that a lucky select few video game experts are raking in big bucks thanks to their skills on the screen. But it may still come as a surprise just how lucrative competitive video games have become, and how lucrative they're likely to be in the near future. That's the subject of a new piece from Louis-Etienne Dubois, Assistant Professor at Ryerson University's School of Creative Industries and Laurel Walzak, Assistant Professor at the same university's RTA School of Media. They predict that the future is very bright for the world of eSports, and that in the future the industry's popularity will continue to grow, so much so that "on its current trajectory is estimated to reach US$1.4 billion by 2020." And that means even bigger bucks ahead: 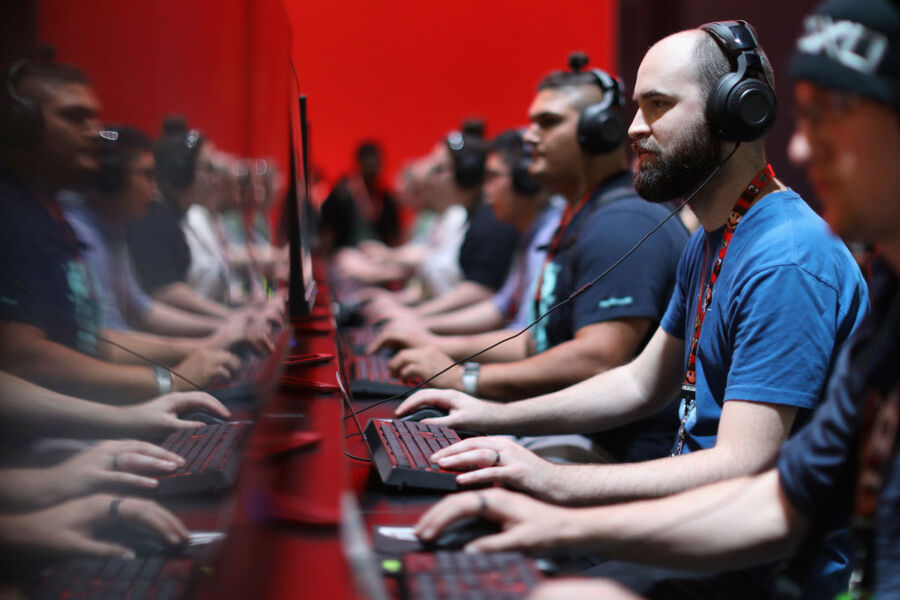 That popularity has already begun to attract big time corporate sponsors, including Red Bull, Coca-Cola, and Samsung, all of which have been early sponsors of various eSports events and personalities. Other big companies, some in the traditional sports world are also interested in sports' more slovenly cousin, like ESPN investing in digital streaming platform BAMTech for the purpose of launching its own streaming platform that could be used to broadcast live video games. And competitive video games tend to interest a particularly attractive demographic for advertisers and media companies: Young people within the coveted 18-34 age bracket.

College eSports are also slowly but surely turning into facsimiles of their athletic counterparts, as schools launch their own eSports programs all over the world, complete with scholarships.

Right now, pro video game tournaments award top players cash prizes, like one in Valve's battle arena game Dota 2, the best players of which recently got a $20 million prize. And all indicators seem to be pointing towards even more top-dollar prizes as more and more people turn their eyeballs (and dollars) to eSports.