Prince Harry Net Worth – How Much Money Does The Royal Party Boy Have?

Prince Harry is getting married! Can you believe it? He's all grown up, has set aside his party boy ways, and is about to make it official with Meghan Markle. He has certainly been the liveliest member of the royal family over the years. The 33-year-old may have tamed his ways, but something tells us his spark, mischief, and overall kindness is part of what attracted 36-year-old American Markle. The couple is set to marry on May 19th while the world watches. Before Prince Harry becomes a married man, let's take a look at his net worth.

Prince Henry Albert Charles David is the second son of Prince Charles and Diana. He was born on September 15, 1984. His mother died when he was 12-years-old in a car crash after being chased by the paparazzi. As a result, Harry has had a lifelong aversion to the paparazzi. There have been a number of times, in Harry's younger days, where he got into scuffles with paparazzi following him.

By the time he was in high school, he started to gain a reputation as a party boy. He was caught smoking weed and drinking at 16. His father sent him to the Featherstone Lodge Rehabilitation Center in South London for a day in January 2002 in an effort to scare him straight.He behaved like a normal teenaged boy in many ways. The only problem was, he wasn't a normal teenage boy. He was (and is) a Prince who is currently sixth in line to the throne. 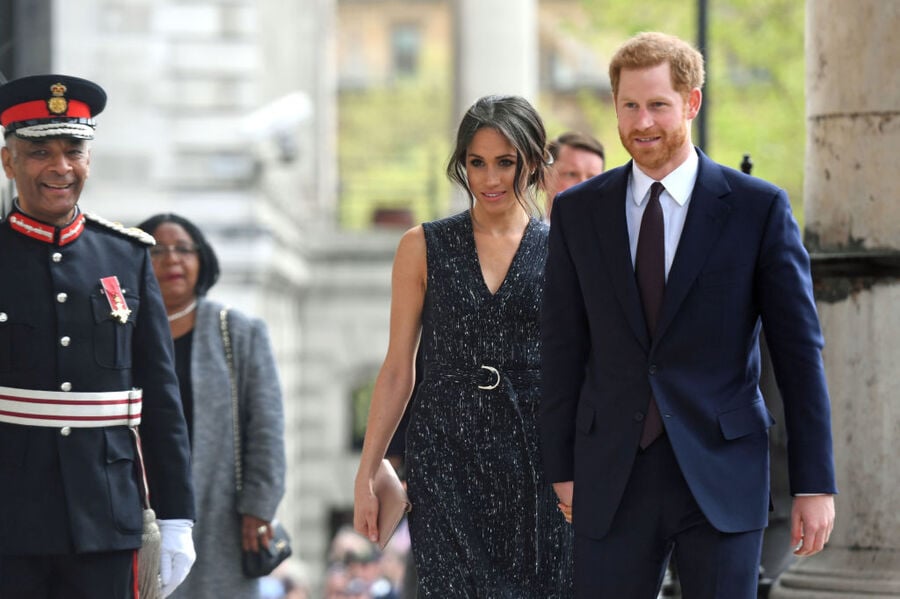 Harry has always had spirit and as such, been one of Britain's (and the world's) favorite royals. But there was a time where Harry was spinning out of control. In 2005, photos of Harry in a Nazi costume at a friend's birthday party surfaced. Harry issued a written apology for his horrible lack of judgment. It took a long time for this scandal to die down.

Eventually, Harry grew out of his wild partying days. As Diana's son, he was raised with a deep philanthropic streak. Diana was known as the people's princess and she supported a number of charities, including those dedicated to people living with AIDS. Harry has his mother's charitable service and is involved with a number of charities. The closest to his heart are those that help former servicemen and women. In 2014, Harry created the Invictus Games, in which wounded, injured or sick armed services personnel and their associated veterans take part in sports including wheelchair basketball, sitting volleyball, and indoor rowing.

But enough of his history—how much is Prince Harry worth?

During his military career, Harry earned about $50,000 per year. When Harry turned 25, he started getting annual dividends from investments related to Diana's fortune, which amounted to about $450,000 per year. At 30, he inherited half of his mother's fortune, estimated to be $17 million. He and his brother William also inherited their mother's jewels and jewelry.

As a royal, Harry does not have to pay out-of-pocket for his lifestyle. The Duchy of Cornwall pays for his travel, clothing, staff, and daily expenses. Harry also receives half of a $4.7 million allowance, Prince William and Kate receive the other half.

All in all, Prince Harry has a net worth of $40 million.