By Amy Lamare on January 27, 2020 in Articles › Entertainment

Prince Harry and Meghan Markle have caused chaos within the royal family with their announcement that they are pulling away from being active working royals and moving their family to Canada. Queen Elizabeth issued a rare personal statement to address the news. She said:

"My family and I are entirely supportive of Harry and Meghan's desire to create a new life as a young family. Although we would have preferred them to remain full-time working Members of the Royal Family, we respect and understand their wish to live a more independent life as a family while remaining a valued part of my family."

Now, we can take the Queen's statement worth a grain of the proverbial salt, since Harry and Meghan extricating themselves from royal life is going to be anything but easy. Part of the couple living their desired "more independent life" means they need to fund their own expensive lifestyle themselves, rather than through money given to them through the sovereign grant. That said, Harry has a personal net worth of $40 million and Meghan has a personal net worth of $5 million. They will be fine for a while.

Meghan and Harry have been reunited in Canada after Harry negotiated the couple's exit from royal duties. They plan to remain in the $14 million waterfront home on Vancouver Island that is owned by a billionaire friend of theirs. From this home base, the former royal couple will build their empire with the newly won freedom to make millions and sign deals without the approval of the Queen. 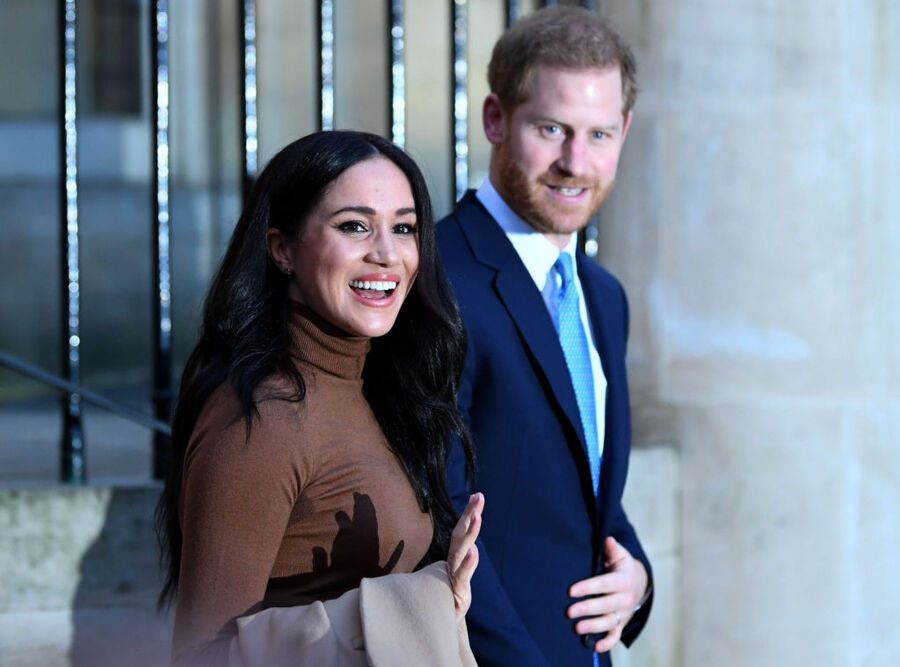 Rumor has it that Netflix is already trying to get the couple to sign a production deal. Both Harry and Meghan could command $500,000 for a speech. Now that they are free of palace protocol (not to mention the politics) they are free to devote their time and energy to pet projects. And, the good news for the Queen is that both Harry and Meghan are media-savvy enough not to make a misstep that would reflect poorly on the royal family. One PR exec, who is not connected to the Duke and Duchess of Sussex, opined that he could see Meghan running for President of the United States in 10 years.

Harry and Meghan have a number of high-powered friends in the U.S. and Canada. The couple is working on the launch of their Sussex Royal Foundation and looking for someone to lead that effort. Harry also has a number of major charity events in the works with Sentebale, which supports the mental health and well-being of children and young people affected by HIV in Botswana and Lesotho.

The couple have made it clear that they don't want to be reliant on funds from the public in their new lives. But, let's face it, it's going to be pretty easy for Harry and Meghan to support themselves. They are celebrities and they can use the Kardashian model to turn themselves into a billion-dollar brand. No, not the sex tape model, more of the sell your life as a lifestyle model. The couple could also profit from lucrative book deals. Their popularity is high enough to garner book advances in the neighborhood of the $60 million Barack and Michelle Obama got for their 2017 memoirs.

Harry and Meghan filed for 100 trademarks last year covering a wide variety of Sussex Royal branded merchandise and apparel. However, those trademarks are only good in the U.K. They were likely filed as a defensive measure so that other people couldn't profit off their name. The couple filed a global trademark application in December to register the Sussex Royal brand in the EU, US, Australia, and Canada.

And, of course, if the couple finds themselves desperate for income or Meghan wants to flex her acting muscle again, she does have that career to fall back on. In fact, there have already been a number of reports saying that she's signed a lucrative voice-over deal with Disney, though neither the Duchess nor the studio has confirmed this.

One thing is certain in Harry and Meghan's new life: charity will take center stage as it has for them for the entirety of their relationship to-date.

Prince Harry and Meghan Markle are global celebrities and when it comes to money-making beyond their combined net worth of $45 million, the sky's the limit!