By Amy Lamare on January 11, 2016 in Articles › Entertainment

Remember the touching story of Powerball lottery winner Marie Holmes? She was a single mother of four in North Carolina who won $88 million in the lottery after buying a ticket at her local gas station. That kind of money is immediately life-changing. And it sure did change the life of Holmes' boyfriend, Lamarr McDow. The lottery winner has used millions of her winnings to bail her alleged drug dealer boyfriend out of jail. Was she just standing by her man or is there more to the story? This is one insanely twisted situation!

Holmes hit the Powerball jackpot last February. She won a third of the $564.1 million dollar jackpot and received $88 million after taxes. Holmes immediately said that she would give a tenth of her winnings to her church, the Pleasant Hill Missionary Baptist Church. Holmes stipulated that $150,000 of her nearly $700,000 donation should be used to help struggling single mothers, the elderly, and others in financial trouble. Holmes was giving back to the church that had helped her while she was working two jobs and struggling to raise her children. Prior to her Powerball win, Holmes worked at Wal-Mart and McDonald's. Her four children are all under the age of 10 and one has cerebral palsy.

McDow was in jail on heroin trafficking charges at the time of Holmes' lotto win. He had been arrested in late 2014, after a 12-month investigation into a heroin trafficking ring in Brunswick County. Police put GPS trackers on his car and tapped his phone as part of their investigation. In November of 2014, police seized 1,600 bags of heroin and arrested McDow and two other men. He was charged with conspiracy to traffic heroin. The amount of heroin that was seized, carried a minimum prison sentence of 225 months. 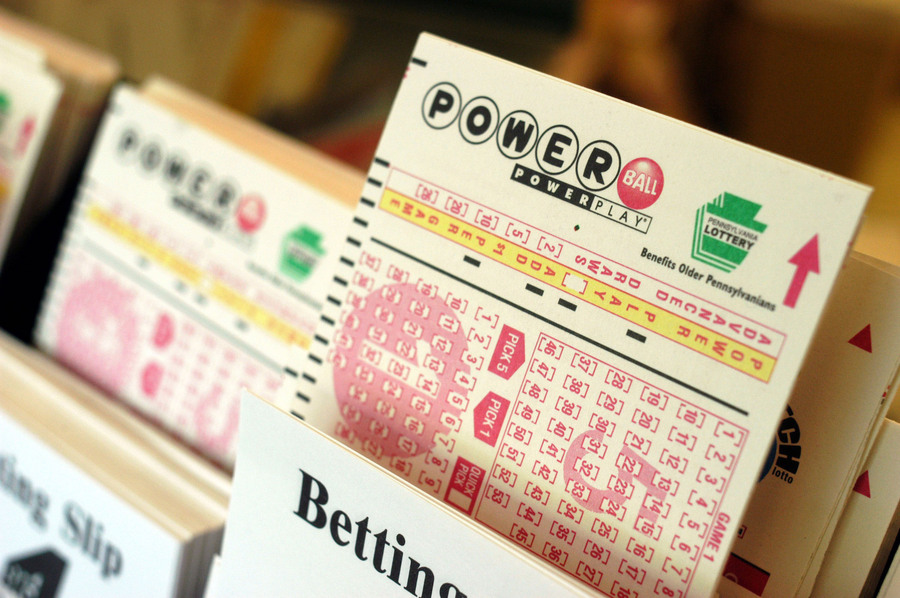 McDow read about his baby mama's lottery win in the newspaper. Shortly thereafter Holmes used $3 million of her winnings to bail McDow out of jail. He then moved into her brand new $350,000 home in a gated community in Shallotte, North Carolina.

A few months later, in July 2015, McDow was arrested at the house he shared with Holmes. She posted $6 million in bail for that drug arrest.

You know the saying "more money than sense?" That is definitely at play here, for both Holmes and McDow.

On New Year's Day, Holmes spent another $12 million to bail her 31-year-old baby daddy out of jail when he was arrested for the third time in 13 months on charges of being involved in an illegal street race.

If McDow doesn't show up for trial, Holmes will lose $21 million – a quarter of her winnings.

McDow denies allegations that he is a drug dealer. He says he is the victim of racism and jealousy due to his girlfriend's wealth. According to McDow, Holmes found her massive wealth to be a burden. That's easy for him to say, seeing that he has benefitted from her winnings so much.

Besides bailing him out of jail three times to the tune of $21 million, Holmes set him up in an auto repair business. She also bought him a brand new pickup truck and a $15,000 diamond encrusted gold Rolex watch. He's living large compared to when he was arrested in 2014. At that time he claimed to have no income and assets totaling just $120.

After Holmes bailed McDow out for the third time on New Year's Day, critics of her actions lit up the Internet with outrage. Many women urged Holmes to dump him.

Wouldn't it be nice if she would? Oh, but that is not going to happen. There's more to this story…

Last summer when police arrived at Holmes' house in search of McDow, she was there. After his November 2014 arrest on heroin charges, McDow was fitted with a GPS ankle monitor. The monitor indicated he had been out and about after his 7 pm curfew. The police arrived to check on that issue and smelled marijuana. They obtained a search warrant. A copy of the warrant shows that the police believed the house was being used to store the proceeds of drug deals. McDow, Holmes, and three other men were arrested on suspicion of running a narcotics business out of the home.

The drug charges against Holmes were later dropped. That's when she ponied up $6 million to bail her lover out of jail.

Notice how the bail kept doubling? The first arrest in November 2014 was $3 million. Then it was $6 million. Then it was $12 million for the New Year's Day shenanigans. McDow was very aware that under North Carolina law, his bail would double each time he was arrested even though he has publicly claimed that the courts only set his bail so high because Holmes had the means to pay it.

At the time, Marie Holmes took to Facebook to address her critics:

"What y'all need to be worried about is y'all money and not how I spend mine this is benefiting y'all how? And no he's no drug dealer or user but who are y'all to judge anybody? I will definitely pray for y'all because it's much need … they talked about Jesus so I'm not surprised y'all are talking about me but be blessed though."

Meanwhile, there is a court document in McDow's file that shows that he was aware that his bail would be $12 million the next time he broke the terms of his release. His signature is on the document that reads:

"The defendant acknowledges and agrees that violation of the rule of the GPS Pretrial Release program will result in immediate re-incarceration and the defendant will be held under the second bond of $12 million with GPS."

Holmes has lost $1.5 million in bail bondsman fees just to keep her boyfriend out of jail. These fees are non-refundable. And again, if McDow doesn't show up for his trial, she will lose the $21 million she has pledged in bail money.

McDow claims his latest arrest is a case of mistaken identity. Holmes has not been seen at her fancy new house since McDow's latest arrest.

What do you think the odds are of McDow showing up to his trial?