By Brian Warner on December 2, 2014 in Articles › Entertainment

Oklahoma Oil tycoon Harold Hamm is having a very bad month. Financially speaking, it might be one of the worst months any human has ever experienced. First off, he was recently ordered to pay his ex-wife Sue Ann a $1 billion divorce settlement. That payout is high enough to officially be the fourth most expensive divorce in human history. This news alone would normally be enough to send most people into a permanent depression. But believe it or not, he actually got off easy. Harold and the ex-wife did not have a pre-nup, so there was a very real possibility that he could have been forced to pay her as much as $8 billion. Bullet dodged, right? Well, unfortunately for Harold Hamm, it turns out that the real bullets in his life aren't being fired by his ex-wife or an Oklahoma divorce court judge. They are being fired by the Organization of Petroleum Producing Countries. Better known as OPEC. OPEC is aiming directly for Harold's wallet. And they are not missing.

We've written pretty extensively about Harold Hamm here on Celebrity Net Worth, so I'm not gonna give you a huge detailed background. Here's all you really need to know:

Harold is the youngest son of dirt poor Oklahoma cotton sharecroppers. After saving every penny from a series of minimum wage jobs, at the age of 22 he started prospecting for oil. Harold saw very little success for the first 6-7 years, but in 1974 he finally drilled a claim that went on to produce 75 barrels of oil per day. His company, Shelly Dean Oil, continued to have success over the next several decades thanks to discoveries in North Dakota and Montana. He changed the company name to Continental Resources in the early 1990s. Right around that time, he also stumbled upon the Bakken oil fields of North Dakota. The Bakken field would turn out to be largest untapped source of oil in America since the 1960s and today produces more than 700,000 barrels per day. That represents 10% of all daily American oil production. Harold is the largest "owner" of oil in the United States. The Bakken field is expected to produce a total of 24 billion barrels of oil, making it one of the 15 largest oil discoveries in world history. By comparison, the largest oil discovery ever, Saudi Arabia's Ghawar Field, produces 5 million barrels a day and is expected to produce as many as 83 billion barrels in its lifetime. Thanks mostly to the Bakken field discovery, Continental has grown into one of largest and most powerful petroleum producers in America.

On August 29, 2014, just three months ago, shares of Continental Resources peaked at an all-time high of $80.91. At that level, the company had a market cap of $30.15 billion. As owner of 70% of Continental's outstanding shares, Harold's net worth was $21 billion. Unfortunately, this was the high point for both Continental Oil and Harold Hamm. 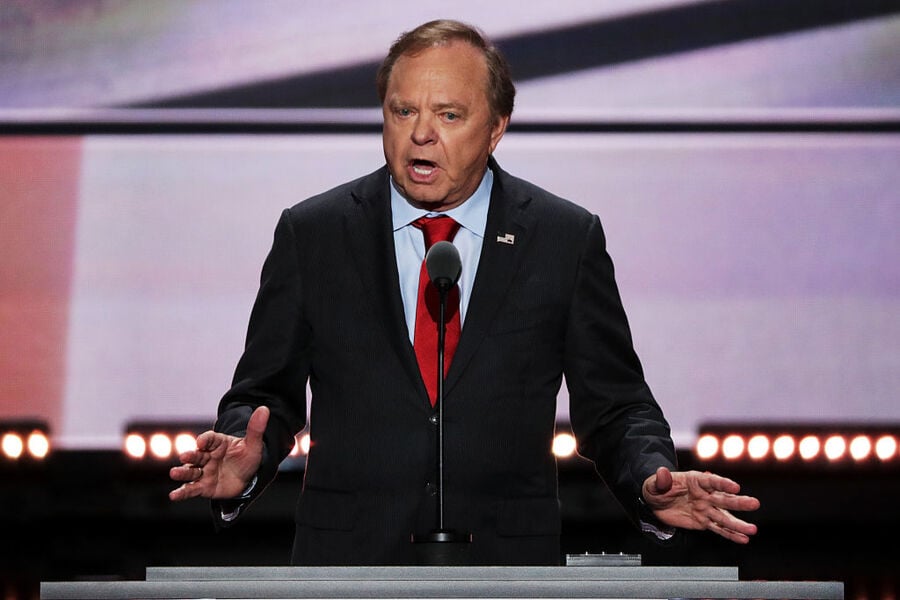 Earlier today, shares of Continental Resources closed a 52-week low of $39. At that level, the company has a market cap of $14.65 billion which is a 51% decline. Harold's shares have gone from being worth $21 billion to $10 billion. When you include the divorce settlement, he's seen 60% of his fortune evaporate. And the really scary part of all this is the fact this could just be the beginning.

Well, you may have heard that oil prices have pretty much plummeted over the last few weeks. That's really good for consumers, who have seen the average price of a gallon of gas drop from $3.3 to $2.7. The price drop is being driven by OPEC, mainly Saudi Arabia, which has basically made it their mission to wipe people like Harold Hamm off the fields and into bankruptcy.

You see, Saudi Arabia is not happy about the rise of American and Canadian (and Russian) oil producers. North American producers weren't more than a spec on the radar just a few years ago. Over the last few years, thanks to new discoveries and developments like fraking, North America has suddenly become one of the largest oil producing regions in the world.

Where This Could Get Really Ugly

A recent report from an analyst at Citigroup showed that some oil fields will not be able to break-even on a price per barrel basis at certain nearby levels. For example, the report stated that Harold Hamm's Bakken fields need oil prices to be a minimum of $60 to breakeven on their costs. At $70, Continental is just $10 away from losing money on ever barrel it sells. If the Saudis keep driving prices lower, someone is gonna need to put Harold Hamm on suicide watch.

And it's not just North American producers who are feeling the heat. We're already at a point where many oil fields are losing money. Russia needs oil to trade at $107 per barrel to breakeven. Iran needs oil to trade at $131. Venezuela $151. Shockingly, Libya's breakeven price is $315. On the flip side, Arab countries like Kuwait and Qatar could make money even if prices fell as low as $55.

So What Happens Next?

People like Harold Hamm and Russia's Minister of Economic Development will be quick to tell you that they are doing just fine right now and that they can afford to weather a temporary price drop. Russia's Energy Minister not only believes that prices will rise in the coming winter months, he also thinks the recent drop is unsustainable. Only time will tell.

One thing is for sure though. I bet Harold Hamm wishes he could have held out a scant three weeks before agreeing to a divorce settlement. At his current net worth and stock price, he theoretically could have paid out $500 million instead of $1 billion. D'oh!