By Amy Lamare on February 1, 2017 in Articles › Entertainment

Recently, we told you about Teodoro Obiang. He is the 47-year-old son of the President of Equatorial Guinea who had 11 of the world's rarest and most expensive luxury cars, including a $2.6 million Bugatti Veyron, seized after the Swiss government accused him of money laundering. Rather than lying low while that investigation plays out, Obiang is showcasing his lavish playboy life across social media. Oh, and by the way, he is on trial in Paris for corruption and money laundering right now.

Obiang, who was made the vice president and security chief of Equatorial Guinea by his father, is seen skiing, driving luxury cars, scuba diving, hanging out with lions, dining in 5-star restaurants, drinking champagne, partying with half-naked women, enjoying helicopter rides, motorcycles, speed boats and more. Many of the photos he has shared take place on the grounds of enormous estates. 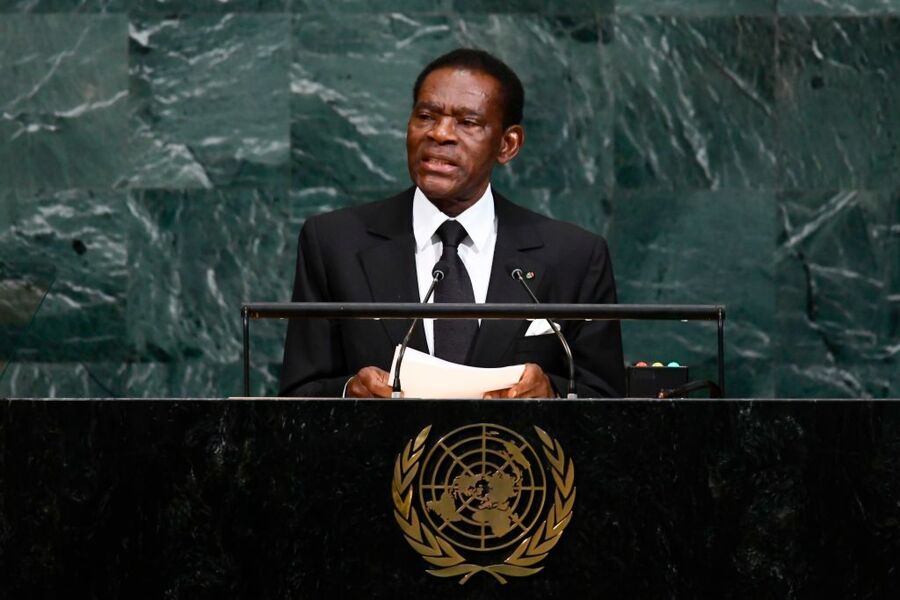 Three quarters of his west African nation live well below the poverty line. Meanwhile, Obiang, who posts on Instagram under the name Teddy Nguema, shows no remorse for spending lavishly and bragging about his life of wealth and privilege.

Teddy has posted more than 800 photos of himself in Hawaii, Tahiti, St. Bart's, Trinidad and Tobago, Capri, Portofino, Hong Kong, Aruba, Brazil, Dubai, Switzerland, the Bahamas and more. He has posted pics on private jets and driving what looks like the Batmobile. The photos often feature him wearing designer clothes and expensive watches.

As you can imagine, the comments on his photos from his fellow countrymen express outrage over his jet setting lifestyle. His nation is so poor that 20% of children die before the age of five and more than half the population is without access to clean drinking water. Many struggle to even afford a loaf of bread.

Teddy's father came to power in Equatorial Guinea via a violent coup in 1979. He has been in power ever since, winning election after election with a suspicious 90% or more of the vote.

President Obiang's detractors claim he takes part in cannibalism. Human rights groups allege that he uses unlawful arrests, torture, and extra-judicial killings to control the populace. Meanwhile, his son is gallivanting around the world, spending money, and enjoying his life of luxury.

Recently, a court in Paris launched a trial in absentia of Teddy. He is accused of money laundering, embezzlement, and corruption. The trial in France is in addition to the Swiss investigation. In 2014, the U.S. Department of Justice accused Obiang of money laundering as well and seized 28 rare cars, a Gulfstream Jet, and his $30 million Malibu mansion.

French prosecutors allege that between 2004 and 2011, when Obiang was the agriculture minister of his country, he funneled $115 million out of the government through a fake tax that he imposed on the sale of wood. As a government official, he collects a salary of less than $100,000.

According to prosecutors in the French case, Obiang has a compulsive need to spend. He spent the money he siphoned out of his country on his lifestyle.

Obiang is not appearing at the trial in Paris. However, a former majordomo and governess he employed are expected to testify that Teddy came to Paris with suitcases full of cash and paid for his lavish lifestyle and luxury goods mainly in cash.

His attorneys claim that he should be given diplomatic immunity.

Obiang's Instagram account is expected to be used as evidence in the trial. As mentioned, this is not the first time he has been on trial for money laundering, embezzlement, and corruption. If he keeps up this behavior, before long he might run out of countries he and his suitcases full of cash can run to!