By Amy Lamare on November 16, 2020 in Articles › Entertainment

In June, movie producer and one-time love of Elizabeth Hurley (among other high profile women) Steve Bing leaped to his death from the 27th-floor balcony of his luxury high rise Los Angeles apartment. He was 55. In death, he left behind a veritable novel's worth of stories of his legendary exploits and excessive spending during the decades he spent trying to make a name for himself in Hollywood. By some accounts, Bing ran through $600 million. While it's impossible to know if that is true, it was recently revealed that he had just $300,000 in liquid assets at the time of his death. Did he run through all that money or is a chunk of it tied up in trusts for his kids? That is not known. Bing did, however, live a pretty interesting life that is definitely a part cautionary tale.

Bing was born in New York City and grew up in Los Angeles. His dad was a doctor, his mom, a nurse. The family money came via his grandfather Leo Bing, a real estate developer that built the Drake, Gramercy Park hotel, and dozens of luxury apartment buildings in New York City. When he died, Bing was 18 and a student at Stanford. Suddenly, he was worth $600 million. So he dropped out of college and began a lifestyle of partying and dating famous women. 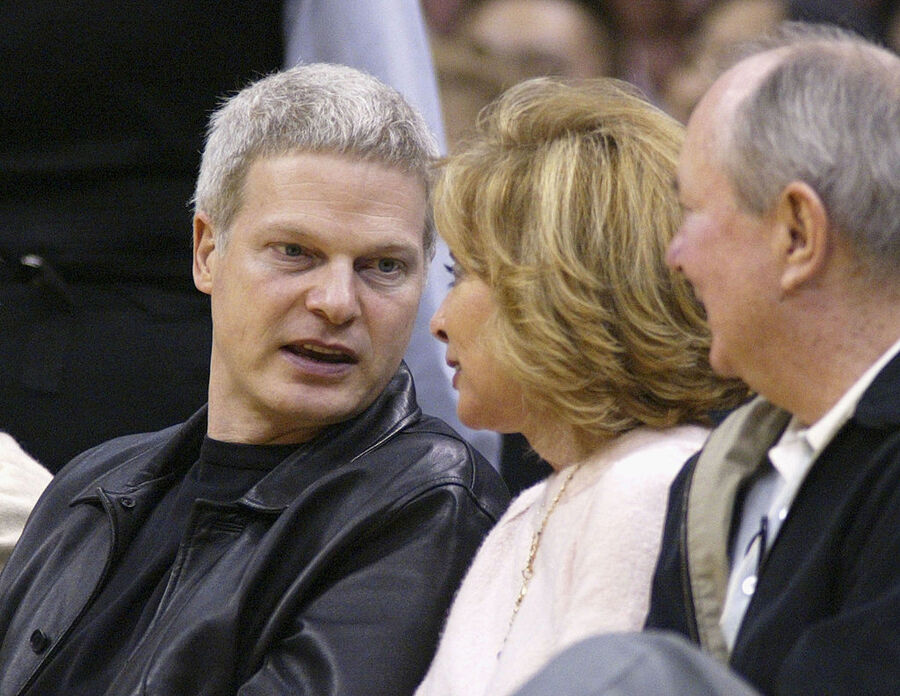 Bing, armed with an enormous fortune before he was even old enough to drink legally took to drugs, gambling, and women like a moth to a flame. He was friends with notorious Hollywood madam Heidi Fleiss who has chronicled her late friend's predilection for prostitutes over regular women. Fleiss has claimed that Bing spent $10,000 a night on prostitutes. Bing was also a major philanthropist and donated tons to Democratic political candidates. He also spent a not so small fortune fighting paternity suits.

Bing dated Uma Thurman, Sharon Stone, Sheryl Crow, Liv Tyler, and Elizabeth Hurley. His highest-profile paternity suit was with Hurley. The two had a high profile relationship in 2000. They appeared on the red carpet at Oscar parties together. Then, Hurley got pregnant in 2001 and Bing freaked out. At the time, he released a statement saying that he and Hurley were not in an exclusive relationship when she got pregnant and that it was her choice to be a single mother. Then in 2002, a DNA test revealed he was the father of her son Damian.

At the same time, billionaire Kirk Kerkorian suspected that Bing was the father of his daughter Kira, who was born in 1998. Someone retrieved dental floss from his trash to prove he was Kira's daughter. Bing, however, sued Kerkorian for a billion dollars for stealing his used dental floss. Eventually, the suit was settled.

By the time of his death, Bing had forged relationships with both of his children and added them to his family's trust. Reportedly, he left a suicide note for his kids. Kira is the administrator of her father's will.

Bing donated about $25 million to the Clinton Foundation in just 2008 and convinced his wealthy friends to do that same. He spent $50 million on the failed 2006 California Proposition 87 which sought to tax the production of oil. He reportedly bought an $85,000 sculpture made by Bob Dylan for Bill Clinton. He also paid $200,000 to fly Clinton to North Korea on his private Boeing 737 to try and liberate American journalists being held there in 2009.

He lost tens of millions of dollars when he started an environmentally friendly construction company. An employee embezzled from it. He also lost money when he got into film production and produced box office flops including Bill Murray's "Rock the Kasbah" and Warren Beatty's "Rules Don't Apply." He also produced the successful "Polar Express," but spent $85 million to produce it. He also bankrolled the entire $1 million production of the film "Night at the Golden Eagle." It made $18,000 at the box office.

Bing was generous with his money. As a big fan of legendary rocker Jerry Lee Lewis, he helped him straighten out his health and finances two decades ago by bringing in doctors and accountants. He set up a hip replacement for Lewis and financed his 2007 album. Bing spent lavishly, sure, but he also spent lavishly on people he cared about. Alana Hamilton Stewart, a friend of his (and ex-wife of both George Hamilton and Rod Stewart) said he helped her facilitate the mortgage for her house. He gave Heidi Fleiss his American Express card to use whenever she found herself needing it. He paid for the sex-change operations of drag queens. He bought a home for his spiritual advisor.

And still, for all his money, all his philanthropy, it was his darker side that won out. He committed suicide on June 22, which was very close to the one year anniversary of the death of his girlfriend, 28-year-old Allexanne Mitchum. She overdosed when Bing kicked her out of his hotel room. Bing was reportedly a meth user for many years. And perhaps it is that, and the depression he was trying to outrun, that led to his suicide.