When Jocelyn Wildenstein divorced her art dealer husband Alec in 1999, she received a reported $2.5 billion settlement. That's all gone now. She has filed for Chapter 11 bankruptcy protection.

Jocelyn was born in Lausanne, Switzerland in 1940. She grew up lower middle class. When she was 17-years-old she started dating the Swiss movie producer Ciryl Piguet and her life changed. She was introduced to the finer things, flew in a private jet, and moved to Paris with him at 19. In 1977, Jocelyn was introduced to billionaire art heir Alec Wildenstein by Saudi arms dealer Adnan Khashoggi on his 60,000-acre ranch in Kenya.

Jocelyn and Alec eloped a year later. Wildenstein started with a simple eye lift during the first year she was married. The couple became legendary for their spending. In the 1990s, they estimated that they spent $1 million a month on average. 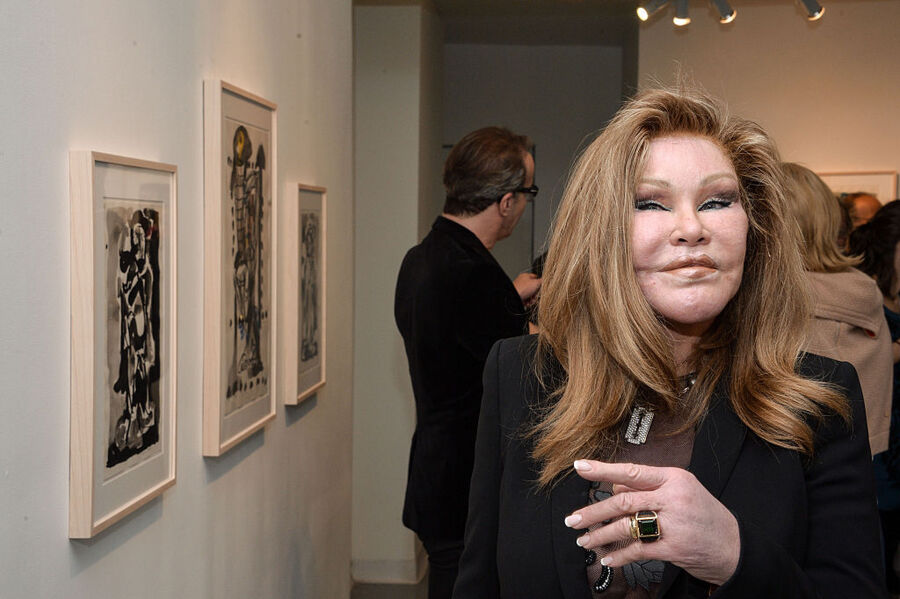 By some accounts, Jocelyn and Alec were a weird, reclusive couple. They didn't participate in New York's society scene. Jocelyn managed the family's Ol Jogi ranch in Africa, their apartments in Paris and Lausanne, their French chateau, and their Caribbean home. They raised their two children and all was well, at least until the late 1990s.

During their marriage, Jocelyn underwent millions of dollars worth of plastic surgery to transform her features into a cat-like appearance. This was reportedly to please her husband's tastes. Before the cosmetic surgeries Jocelyn was a great beauty. But that still that was not enough to please her husband. In 1997, Jocelyn caught him in bed with a teenage Russian model. There was a gun involved in the altercation that ensued. No one was injured, but Alec was charged with menacing.

Two decades later, Wildenstein has no checking account, no savings account, no retirement fund, no investments, and no pension. Her only source of income is her $900 a month Social Security check. She values her wardrobe at being worth $1,000 and her jewelry at $0. Those figures stand out as she is rarely seen without her 32-carat diamond engagement ring, a luxury handbag, and a fur coat.

The filing of Chapter 11 bankruptcy protection comes after a petition was filed against her by three of her creditors, including the Board at Trump World Towers. They are in the process of foreclosing on the three apartments she owns in the building. The other two petitioners were the law firms of Carter Ledyard & Milburn and Matalon Shweky Elman, who Wildenstein owes $124,605.46 and $78,474.23 respectively.

Wildenstein's filing claimed that she has a better chance at paying off her debt through Chapter 11 rather than liquidation of her assets.

She also owes $38,000 to Chase Auto Finance for her 2006 Bentley and $700,000 to a storage facility in Manhattan, for which her furniture is collateral. However, in her filing, she claims her furniture is worth $100,000, which would not be enough to cover that debt.

Wildenstein's personal property is worth $16,386,100. That includes her apartment and the $4.5 million she has not received from her 1999 divorce settlement, despite her ex-husband passing away in 2008.

The amount of her personal property does exceed her debt. Her goal is to pay all of her creditors back the money she owes.