By Amy Lamare on December 21, 2019 in Articles › Entertainment

Pink Floyd guitarist David Gilmour auctioned off 123 guitars from his enormous collection for more than $21 million this summer. He took the proceeds and donated it all to help fight global warming. Wow! Not only is the guy a rock legend, he's also a superstar. Pink Floyd, of course, is one of the most commercially successful rock bands in history. Gilmour is a singer, songwriter, and guitarist and his auction broke the record for the largest guitar collection sold at a charity auction. 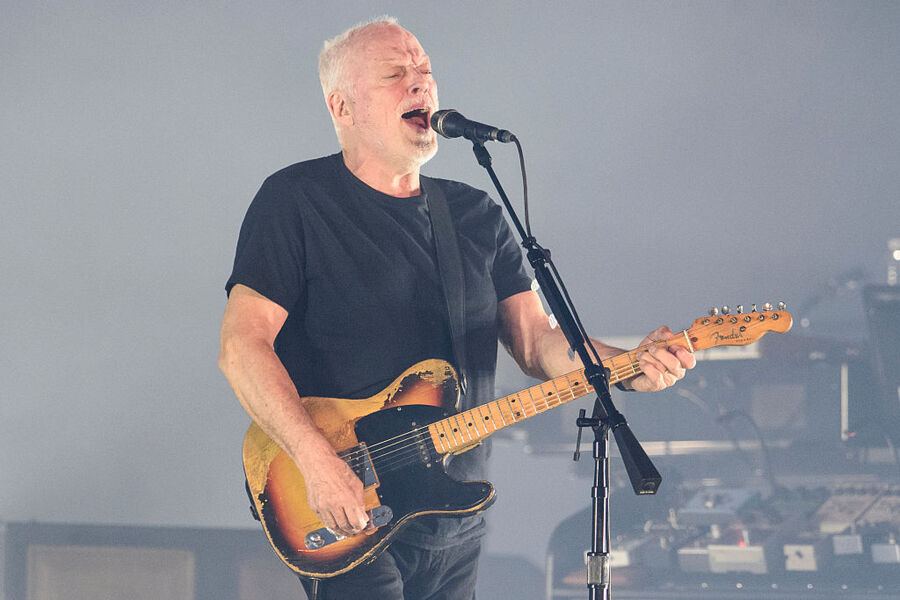 Pink Floyd is a progressive rock band from England that was huge in the 1980s. Gilmour joined Pink Floyd in 1968 as the guitarist and co-lead vocalist. By the early 80s, the band was one of the most influential and best-selling bands in history. Pink Floyd disbanded in 2014 after selling more than 250 million records worldwide. Gilmour had been inducted into both the U.S. Rock and Roll Hall of Fame and the UK Music Hall of Fame. He's a Commander of the Order of the British Empire. He was ranked 14 on Rolling Stone's list of the greatest guitarists of all time. And now he's also a climate change superhero.

The auction was held at Christie's in New York City. Bids came in from more than 2,000 people in 66 countries. Guitars auctioned off included ones from Rickenbacker, Fender, Gibson, Ovation, C.F. Martin and Gretsch. The auction also included a number of guitar cases, amps, and a banjo. The most sought-after guitar was a black Fender Stratocaster called the "The Black Strat" that fetched $3.975 million – the most ever paid for a guitar at auction. Basically that particular guitar is almost as famous as the man who played it. It was used in the recording of Wish You Were Here, Dark Side of The Moon, and Animals. "The Black Strat" accounted for a fifth of the total collection's worth. Indianapolis Colts owner Jim Irsay bought The Black Strat."  The auction raised $21.2 million.

Gilmour, 73, donated all the proceeds from the auction to the liberal activist group ClientEarth. The group is a nonprofit dedicated to environmental law that works to "defend wildlife and their habitats" and "combat climate change."

Gilmour was quick to tell friends that the sale of his guitar auction didn't mean he was retiring, saying:  "Don't fret too much. I still have a few lovely guitars that I couldn't let go… It does not mean retirement."