Getting Fired Sucks, But Getting $58 Million Would Soften The Blow SLIGHTLY. Just Ask Viacom's Philippe Dauman

By Amy Lamare on August 29, 2016 in Articles › Entertainment

Last Saturday, Viacom confirmed that Chairman Philippe Dauman will step down on September 13th as a result of his lengthy feud with Sumner Redstone. Details of Dauman's incredible severance package have since been revealed. In Hollywood they call these kinds of deals "golden parachutes," and Dauman's is indeed that!

Dauman's severance package is a whopping $58 million payday BEFORE his bonus. $46.4 million of that is payable when he exits the doors of Viacom on September 13th. The $11.6 million balance is payable over the next 29 months and will be disbursed per Viacom's regular payroll dates. Dauman will also get a pro-rated yearly bonus for the 323 days of 2016 he was chairman of Viacom. With a target bonus for 2016 of $20,000,000, that is another enormous chunk of change. 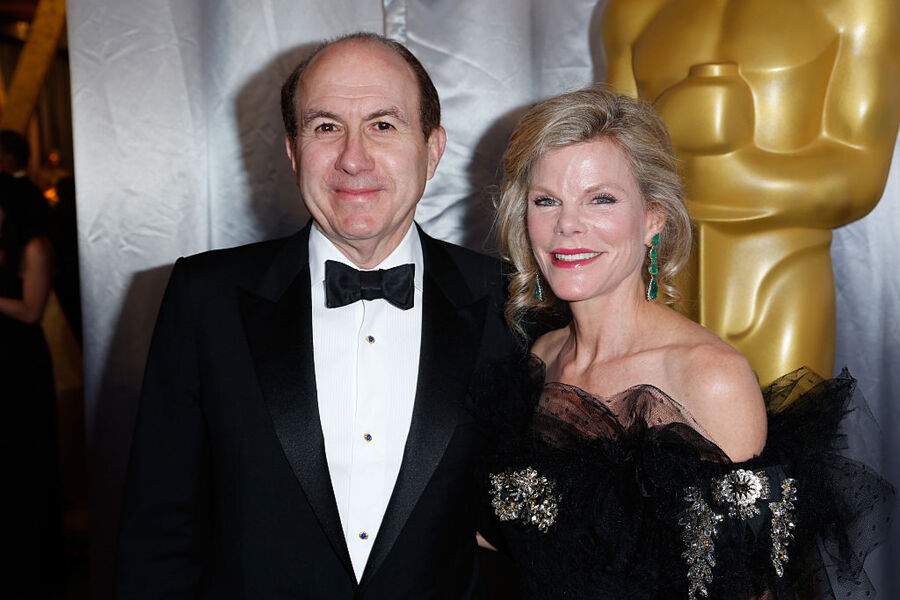 Dauman has served as the President, CEO and Chairman of Viacom since September 2006. He is a longtime associate of chairman Sumner Redstone. On February 4, 2016, it was announced that Viacom's board elected Dauman as Sumner Redstone's replacement for the position of Chairman of Viacom. Dauman had been Viacom's heir apparent for a long time. In fact, in October 2015, Dauman was put in charge of making decisions regarding Sumner Redstone's health after the 93-year-old summarily dismissed Manuela Herzer, the female companion who had been his consort and confidante. Summer was in good, trustworthy hands. However, Redstone's formerly estranged daughter Shari had other ideas. She wanted dear old dad's job and she would stop at nothing to ensure that happened.

In 2014, Shari rejected a $1 billion buyout of her 20% stake in National Amusements, the holding company of the family's media empire. The deal would have required Shari to give up her existing right to succeed her father as chairman of Viacom and CBS Corp. when he dies. All existing signs pointed to the fact that this indicated that Sumner had someone in mind to succeed him and it is not his daughter, which became clear when he stepped down as Chairman of Viacom and installed Philippe Daum in his place.

But back to Shari – Viacom and CBS are controlled through the family's National Amusements holding company. Shari is currently vice chairman of the boards at both Viacom and CBS as well as a managing partner of Advancit Capital, a venture capital fund she founded in 2011. Also, Shari Redstone had an agreement with CBS's President and CEO Les Moonves that he would succeed Sumner as Chairman of CBS. It is believed that this deal was a private written agreement between Moonves and Shari. She had no such deal with Viacom chief Philippe Dauman.

Needless to say, Dauman has been at odds with the Redstones, or at least Shari Redstone, since May. At that time, he was removed from 93-year-old Viacom owner Sumner Redstone's trust. Dauman then asserted his doubts about the competency of Sumner Redstone, in a statement through his attorneys: "These steps are invalid and illegal. As court proceedings and other facts have demonstrated, Sumner Redstone now lacks the capacity to have taken these steps. Sumner Redstone would never have summarily dismissed Philippe Dauman and George Abrams, his trusted friends and advisers for decades." It is believed that Dauman thought Shari was the person behind his removal from the Trust.

The ousting is believed to be a victory for Shari Redstone, who has long been trying to seize control of her father's company.

All in all, Dauman's exit deal will total about $72 million, not including his stock in Paramount. Dauman also received another 300,000 shares in Viacom valued at $12.85 million. Viacom will also pay for Dauman's office space for more than three year as well as pay the $165,405 salary of his secretary Rosemarie Cresswell over the same time period. Additionally, Dauman will be able to keep Viacom's health insurance for himself and his wife for two years. Viacom will also foot the bill for his legal bills for the dispute with the Redstones.

Dauman was also fired from the board of National Amusements, the group that controls Redstone's media empire, at that time. Attorneys representing Redstone cited Viacom's recent poor performance as the reason for the firing.

Shari Redstone is now expected to take Dauman's place as Chairman and CEO of Viacom. At least Dauman will have $72 million to console himself with.