Pharma CEO Hikes Price Of Live-Saving Drug, Then Gives Herself A $16 Million Raise

By Amy Lamare on August 26, 2016 in Articles › Entertainment

Do you have allergies? Sniffly, sneezy, annoying allergies can stop us in our tracks but they are nothing like the life threatening food allergies many people suffer from. Those people (I am one of them) can be brought down by anaphylactic shock quickly. That's why the EpiPen is so important. It delivers an emergency dosage of epinephrine to the user, stopping what could be a potentially fatal allergic reaction, known as anaphylaxis, from occurring. Pretty neat, eh? It's a good thing EpiPens are so readily available and affordable, right? Oh wait…

In 2007, the pharmaceutical company Mylan acquired the patent for the EpiPen. At the time, the EpiPen cost $56.64. Today, the EpiPen costs more than $600. Mylan jacked the price up 461% over the past eight years. There is no possible justification for this other than greed. 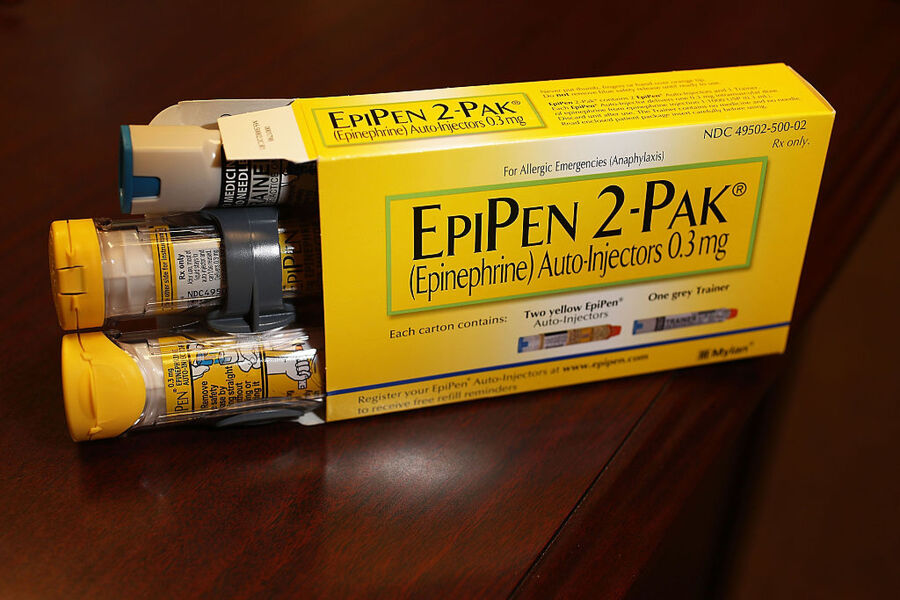 Mylan's president Rajiv Malik also saw his pay increase 11% to $1 million and Chief Commercial Officer Anthony Mauro got a 13.6% raise to $625,000 annually. Can you even believe these people? Do they sit in their offices surrounded by piles of cash?

Millions of people have life-threatening allergies and depend on the EpiPen. Food allergies in particular are incredibly dangerous and fast acting when they hit.

The EpiPen has been on the market at very affordable prices for more than three decades. In some areas, people have reported the cost of refilling an EpiPen prescription tops $500.

The despicably greedy business practices of Mylan are creating an uproar from parents and politicians. On Monday, a group of U.S. Senators, led by Minnesota Senator Amy Klobuchar, wrote a letter to CEO Heather Bresch, demanding that she justify the insane price increase of the EpiPen.

"This outrageous increase in the price of EpiPens is occurring at the same time that Mylan Pharmaceutical is exploiting a monopoly market advantage that has fallen into its lap," Sen. Klobuchar said in a public statement. "Patients all over the U.S. rely on these products, including my own daughter. Not only should the Judiciary

Mylan has not yet responded to the request for a Senate Hearing.

Not surprisingly pharma bro Martin Shkreli doesn't think Mylan is being greedy. Shkreli made headlines last year for hiking the price of a lifesaving drug by more than 4,000 percent and then expressing angst and regret that he hadn't upped the price even more. He refused to comply with the Senate's request for a hearing into his business practices and was arrested by Federal Agents. Shkreli has thoughts on the EpiPen situation:

The idea that they're this big company that's gouging people and making tons of money — I don't think that's quite true," Shkreli told CBS. "The fault here lies in the insurance companies."

Bresch should put Martin Shkreli on speed dial. Even the most hated people in America need friends.

There is, however, some justice in the world. Over the past five days, as shock and outrage over this issue has grown, Mylan's stock value has dropped by 12.4% for a loss of nearly $3 billion.