PewDiePie Net Worth: How Much Money Has PewDiePie Made Off YouTube?

By Brian Warner on September 11, 2017 in Articles › Entertainment

For those of you who are not aware, "PewDiePie" is the biggest YouTube star on the planet. Also known as Felix Arvid Ulf Kjellberg, the 27 year old Swede has built an empire off YouTube that produces enough money to make a good portion of A-List celebrities very jealous. As of this writing (September 2017), PewDiePie has 13 million Instagram followers, 12 million Twitter followers and 51 million YouTube subscribers. His YouTube channel primarily features videos of PewDiePie playing video games and adding funny commentary as he goes. Some people reading this may be scratching their heads wondering why anyone would want to watch someone play a video game. Well, would you believe that as of this writing, his YouTube channel has wracked up more than 16 million video views?! Oh wait. That was a typo. PewDiePie's YouTube channel actually has 16 BILLION views as of this writing.

Unfortunately, PewDiePie's success has not come without controversy. In February 2017, PewDiePie lost his YouTube Red show after it was revealed that several of his videos contained antisemitic references. PewDiePie claimed the videos were sarcastic and merely meant to highlight how people will do anything for money, no matter how inappropriate or shocking. In the most obvious example, he paid two people $5 through the website fiver to hold up a sign that said "Death to all Jews".

On September 10, 2017, a video was released that showed PewDiePie casually using the "n word" during a livestream. While playing a game called "PlayerUnknown's Battlegrounds", the YouTuber was heard very clearly saying: "What a f—ing ni—r! Jeez! Oh my god! What the f—? Sorry, but what the f—?" 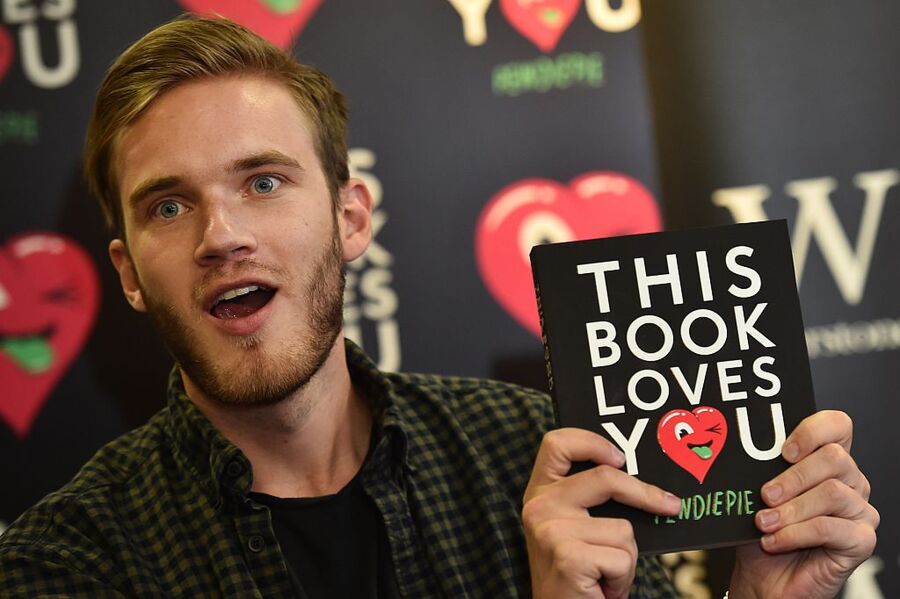 PewDiePie's Net Worth and salary:

Total it all up and PewDiePie has made $50 million off YouTube since 2014.

PewDiePie's net worth today is $20 million. Though it should be noted that this does not include his 2017 earnings yet because those figures are not yet known.